Has disaster ever befallen your home theater rig? Have you ever fried a piece of gear or destroyed it in some wonderfully creative fashion? Jerry Del Colliano shares a couple good disaster stories in this week's featured news article. 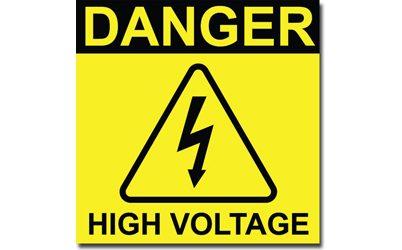 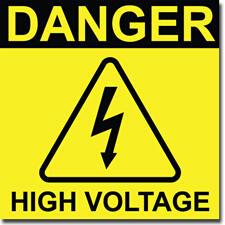 I recently read a book called “Don’t Try This at Home: Culinary Catastrophes from the World’s Greatest Chefs” by Kimberly Witherspoon and Andrew Friedman. I’m an avid Cooking Channel viewer and lover of all things haute cuisine, so I absolutely loved this collection of kitchen horror stories from some of the most famous chefs in the world. Some of the disasters are epic. Back in the mid-1980s, Malcolm Forbes chartered two concords to take all of his friends to Egypt to see the pyramids to celebrate his birthday. Of course he had Le Cirque, perhaps the most famous French restaurant in America, cater the flight, complete with their signature scrambled eggs with black truffles. The problem was, in this pre-cell-phone era, the guys with the catering couldn’t get to the planes with their vans. They drove around and around JFK for hours looking for a way to the planes as hungry and thirsty guests waited not-so-patiently.

Another story that made my day came from the stars of Food Network’s “Too Hot Tamales,” Mary Sue Milliken and Susan Feniger. In the early 1980s, they were going from their West Los Angeles restaurant to a food festival in their beat-to-hell, filthy car using the secret 6th Street route that all of the locals know is the fast way to get downtown. They were transporting gallons of hollandaise sauce; on one of the notably curvy turns, the container spilled all over the back seat. They had neither the time nor the materials to make more, so they scooped up the sauce complete with the dirt (think: sell it as if it were pepper) and closed the lid. Nobody knew any different, and I think the statute of limitations on whatever culinary crime these two fantastic Mexican chefs committed has past.

The book is a great escape, presenting other people’s nightmarish problems in the kitchen in a way that makes you feel a little better about the problems you have at home and work. After I shared this book with a few people in the AV industry, they told me a few of their AV-related nightmare stories, which I will share with you now. Enjoy.

Creative Wiring
Last year, I got an invite to go to the Middle East with my buddies at Simply Home Entertainment. Overseas installs of Hollywood-caliber screening rooms is one of their unique talents, and they offered me an all-expenses-paid trip to check out their latest install. I had never been to Jordan, but I watch WAY too much Fareed Zakaria GPS on CNN, so I was spooked enough to turn down the opportunity. I did get to hear one hell of a story when they got back, though.

The Simply Home Entertainment team spent 28 days in Amman, Jordan, installing a $300,000 screening room system. The lavish home was still very much under construction when they arrived, but they did their best to get the system completed before an inevitable return to The States. The house had been running on “temporary power,” which is typical of any construction project. When it was time to go home, the team was only about 95 percent done with the project. The client knew they were going to have to come back, so a trip was scheduled for four months later–and everything was in good order as they packed their bags.

About two weeks before the return trip, the estate manager emailed Simply Home Entertainment to report that the screening room had stopped working, and he was hearing an odd, clicking sound coming from the rack area. This isn’t good. From California, Simply Home had him flip the breakers to try and reset the system, with no success. The Simply Home system designers were convinced that the issue would likely not be serious and assured him that, when they arrived back in Jordan, they would quickly find the glitch and solve it.

When the team arrived in Amman for the final installation, they were astonished to find that the majority of the equipment was not working and the APC UPS battery backups were going haywire. Immediately, they borrowed a multi-meter from the electrician and plugged it into one of the outlets of the Pakedge P20E power strips. It measured 355 volts (not the 240 volts they were expecting)!

The electrician and general contractor immediately got very defensive and told the owner (in Arabic) that they must have wired the racks incorrectly–which they didn’t, as everything was working perfectly before the team left months ago. The experienced and westernized homeowner immediately recognized that he was being sold some serious crap and said something to the general contractor. While that was going on, the electrician disappeared. He reappeared five minutes later, connected his multi-meter to the P20E again, and magically it read 237 volts. He enthusiastically and with an accusatory tone said, “See? No problem! No problem! Not my fault!” The Simply Home Entertainment guys were astounded. Everyone in the room, including the owner, had seen the 355-volt reading. They were witnessing a truly classic CYA (cover your ass) moment. They asked the electrician what he changed when he disappeared for the mysterious five minutes, but he played dumb. It turns out that, when the house switched over from temporary power to real three-phase power, the neutral wiring was somehow connected wrong. I don’t understand all of the math on this, but somehow wiring the neutral wrong caused exactly 1.5 times the power on each of the three phases (each phase was measuring about 237 volts) to appear at the theater subpanel.

So, what were the results of this AV nightmare in a faraway land? Generally speaking, the APC units and Pakedge P20E units did their job pretty well. Unfortunately, Simply Home had the estate manager bypass the APC because they suspected that the battery had failed. That wasn’t the best plan in retrospect. The P20E had died, but thankfully it did a pretty good job protecting the gear behind it.

There were about 12 motorized CinemaTech theater chairs in the theater room, and every one of them had a fried transformer. The Screen Research masking-control module died (although fortunately the screen motors survived). The Christie HD6KM projector also managed to survive somehow, as that is one tough projector. Additionally, they lost two of the 12 Pro Audio Technology four-channel amplifiers. The Crestron DGE2 graphic engine was another casualty.

With the help of one very resourceful local assistant, the Simply Home team was able to bring just about everything back to life (although with all warranties voided) without a DHL bill in the six figures for factory repairs. The Simply Home guys literally took all of the dead gear apart and found the power supply specifications for each device. The super-assistant then ran around town and was able to find power supplies to replace everything that had died except the screen masking control. This last component needed to be sent in from France via DHL, which was no small feat or cost. The part arrived six hours before the Simply Home team was getting on a 787 Dreamliner back to Beverly Hills. The system functions well today. Who knows what the owner said to the electrician. Perhaps it’s better not to know.

Don’t Let the Bed Bugs Bite
A buddy of mine who was living in a luxury condo here in Southern California had built himself a pretty badass home theater system that included beefy MartinLogan speakers, Anthem electronics, AudioQuest cables, an Oppo Blu-ray player, a nice JL subwoofer, and a Pioneer KURO plasma that had been professionally calibrated. This 7.1 system was really, really good in its day, and my buddy was rightfully proud of the design and performance of his system.

One day and without notice, a neighbor moved out of the building. This tenant had recently traveled to New York on business. What he didn’t realize was that, in his luggage, he had brought back a nasty little souvenir: bed bugs. Lots of them. The bed bugs were actually causing problems in his unit, but he didn’t say anything about it. When he moved, the bed bugs migrated right into my buddy’s place. It turns out this is a common reaction from bed bugs, but what happened next was the real disaster. The bed bugs infested his home theater system. They got into the speakers. Into the sub. Into the AV preamp and the seven-channel Anthem amp. They got into everything.

My buddy was crestfallen, as well as pretty much freaked out. He informed the building of the issue and quickly moved into the home that he and his family live in now. The problem is, what do you do with a $40,000 home theater that’s riddled with bed bugs? In the old days, DDT killed bed bugs, and the conjecture is that the lack of use of DDT in the past few decades has given new life to these disgusting little suckers. Other solutions include heat treatments for days or weeks that would likely wreck his gear. I suggested he make a road trip to Tijuana, just across the border from San Diego, and buy some DDT, as it’s still legal down there–but he had spoken to his insurance company and some AV manufacturers, and the decision was to box the gear and put the entire system into storage for two years, which is plenty of time for the bed bugs to die. He took the advice; after the two years had passed, he sent all of the gear back to the manufacturers to have the components professionally refurbished and then had a local dealer sell the stuff off at pennies on the dollar.

The good news is that my friend was able to piece together an even better system over time, which is a small miracle. If anybody deserves to have a rocking system, he does.

Do you have any home theater disaster stories that you’re willing to share in the Comments section below? Time heals all wounds, and perhaps by sharing your crazy story you will make people feel better about their problems.