An R2-D2-like robot had been designed for the home, capable of following you around the house and projecting whatever you desire onto the walls or ceiling of your home. The Keecker is a small white, egg-shaped blob that contains speakers... 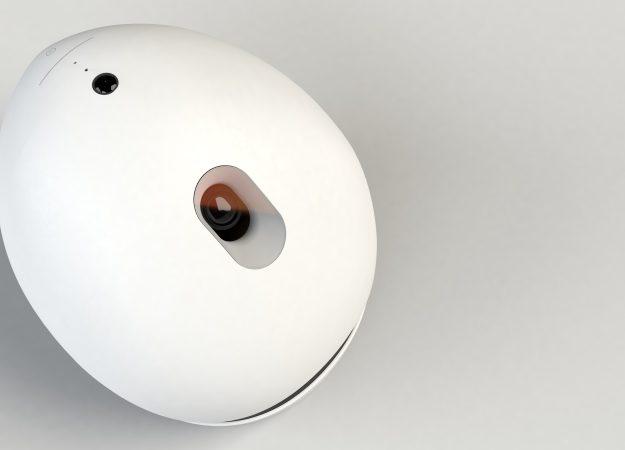 An R2-D2-like robot had been designed for the home, capable of following you around the house and projecting whatever you desire onto the walls or ceiling of your home. The Keecker is a small white, egg-shaped blob that contains speakers as well. The final version of the product will auto-map a users home and respond to voice commands as well. The Keecker is not currently available to purchase, but the company is planning to use Kickstarter to help fund retail versions.

Keecker founder and CEO Pierre Lebeau, a former Google product manager based out of Paris, said that the idea for Keecker came to him all at once one day when he was riding his motorbike.

"In 20 seconds, everything made sense," Lebeau said.

With a team of five people, he built Keecker to fulfill his own entertainment wishes, plus create a totally new platform for home interaction. He wanted it to be not "a black box," but something that could stylishly blend into any room in the home.

The prototype that visited the Gigaom office last week was certainly beautiful. Velvety to the touch, it resembled a large, pillowy egg with clean black and white lines. Its projector was broken after the long flight from France, but it still put out good sound that did indeed sound three dimensional. It moved at a sluggish pace as Lebeau piloted it from an app.

He said the robot will go through a Kickstarter campaign before shipping to buyers by the end of 2014. He said that the finished product will be smaller, lighter and, quite seriously, perfect. It will retail for $4,000 to $5,000.

The first retail Keecker will also have some big features the prototype lacked. It will work autonomously and, upon its first activation, map and remember the entirety of an owner's house. The owner can then ascribe labels to different parts of the map, such as the name of rooms and preferred locations for video projects. Once a Keecker has that information stored, its owner will be able to dole out commands like "Keecker, come to the kitchen," where it will then know where to begin projecting.

The projector is able to spread images over entire walls or ceilings. You could project the night sky on your bedroom ceiling or play a video game with a group of friends. You could also Skype with your kids from work or check on your pet while away on vacation. Any app on a smartphone can be projected through a Keecker, but the company is also working with developers to create native applications. The robot will come equipped with tons of sensors that can detect conditions like temperature and humidity. It will be able to detect when people come and go and take photos. It's a platform that Lebeau thinks people will come up with many, many more uses for.

If Keecker can deliver on the machine Lebeau described by the end of the year, this will be a very, very able machine that sets the bar for what it means to be a personal robot. It won't fold your laundry or do the dishes, but Keecker (for those who can afford it) could enrich home life in a very new way.