The California real estate marketing is really taking off. This is good news, and not just for sellers in the Golden State. This could help revive the home theater business across the country. Here's how. 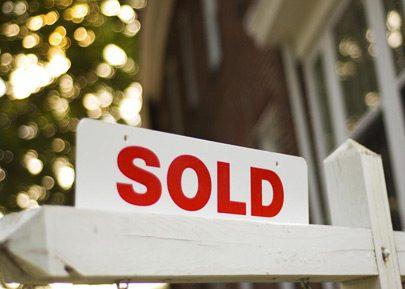 The real estate market in Southern California today is booming in ways that make the mid-2000s look conservative. Houses are flying off the market at record prices – higher than 2007 – and in record time. In December of 2012, 56 percent of the pricey homes that were sold in Pacific Palisades, California, had multiple offers. The volume of inventory is at a record low of 2.2 months, when traditionally about eight months of homes are available in this oceanfront neighborhood in Los Angeles. Inspired by low rates and shrinking inventories, those who can get approved for a loan are jumping in the market for homes, which almost always puts them in the market for audio and video goodies, too.

Tony enclaves like Brentwood, Pacific Palisades, and North Santa Monica are not the only neighborhoods that are hot in Southern California. Koreatown (near the new subway line), Downtown L.A. (near the Staples Center), Culver City, Palms, Silverlake and even famed Compton are booming in sales. The 2013 real estate surge isn’t just for people driving Range Rovers. It’s widespread and growing, and it’s not uncommon for over 100 people to show up at an open house.

There are many factors affecting California’s current boom. The Fed is pumping tens of billions of dollars into the banking system to keep interest rates low. It is working – mortgage interest rates are at all-time lows. There isn’t much inventory in California, as many baby boomer owners who have lived in their homes for a generation or more are locked into property taxes paid in – get this – 1977 dollars. Additionally, there is a large influx of Asian buyers – specifically from China – who are looking to invest in sunny California. Smart businesses like the Irvine Company are actually developing multi-generational homes aimed at Chinese families, complete with multiple entrances and “wok rooms” designed for a more Eastern way of cooking.

California is famous for starting trends that go nationwide. With real estate thriving here and recovering more modestly nationwide, how long do you think it will be until depressed markets like Las Vegas, Phoenix, Detroit and Jacksonville rebound? It’s likely to happen, especially if the economy keeps creating a few hundred thousand new jobs every month. According to the U.S. Department of Labor, the U.S. economy hasn’t had a job-losing month since September 2010. In 2012, there were nearly 2.2 million new jobs added. Projected numbers for January and February of 2013 suggest 119,000 and 236,000 jobs added in the first two months of the year. People obviously need jobs to be able to afford their homes, and the same goes for fancy new home theater equipment. Other factors could create even more demand, including a large demographic of Generation Y buyers who are not that far from needing homes in larger volumes.

All of this leads me to believe that the home theater business is poised for a comeback. From the VHS-Betamax format war of the late 1970s to the 2008 real estate crash, the consumer electronics business has never really known a meaningful recession. We always had a new technology to power us through our troubles, be it DVD, satellite TV, flat HDTVs or Blu-ray (although 3D has been a flop, just as it was a flop in the 1950s), but the real estate market killed off the specialty AV retailer.

If you will indulge the idea that the real estate market nationally has room to grow even with stringent lending practices from our too-big-to-fail banks, people will need all sorts of AV products: network media systems, energy-efficient HDTVs, lighting control, shades, remotes, apps, high-speed Internet running to any number of devices, speakers, subwoofers, Ethernet-switching AV receivers, outdoor audio, outdoor video and so much more. Consumers are going to need all sorts of electronic goodies but, more specifically, they are going to need integration and installation in ways that Amazon, Costco and Wal-Mart may not be able to offer. This is a possible resurgence for the custom-installation business. It could also inspire some of the brick-and-mortar stores that folded in the Tweeter era to open new locations and/or new businesses. Recently in AudiophileReview.com, Steven Stone wrote about a new audiophile store opening in his hometown of Boulder, Colorado, founded by a former Listen Up employee. An old friend of mine, Maier Shadi, is opening a new audiophile store called The Audio Salon in Santa Monica, California. Newer stores like Sunny Components in Covina, California, are doing very well in a market dominated by old-school, traditional retailers.

If my prediction turns out to come true, this is very good news for the enthusiast or specialty AV business. Money to invest in new products and technologies will be easier to justify. Consumers will get better product demonstrations. Systems will be more integrated and converged with today’s IT elements that are so key to enjoying music, movies, media and more.