How Much Do Aesthetics Matter When Buying AV Equipment?

How Much Do Aesthetics Matter When Buying AV Equipment?

How much does a product's appearance factor in to your purchasing decision, especially with higher-end components? Are you willing to pay more to get the sexier speakers or electronics, or is performance all that matters? 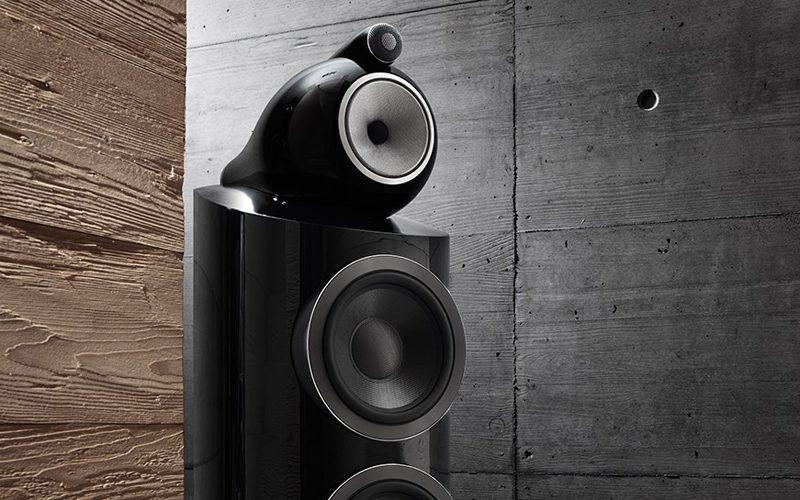 A buddy of mine was working on designing some pretty off-the-wall audiophile products that work with smart phones, and he grew frustrated with the fit and finish of the samples being sent to him from the OEM factory in China. His concerns were not about the products’ performance, which was pretty damn cool. The issue was that they just didn’t look nice enough compared with others in the marketplace now. They had a plasticky look and lacked the subtly elegant feel of an audiophile component that gives one a special pride of ownership. He has since scrapped the project until he finds an OEM that can make a product that meets his performance and aesthetic standards–a daunting challenge so far.

My friend’s project got me thinking about the importance of fit and finish in specialty AV. The term “audio jewelry” has been used for years: some AV components are just so lust-worthy that they make you want to open your wallet and plunk down the Platinum card in ways that other products simply don’t. The question is, how much does a product’s look and feel matter versus its pure performance?

Dennis Burger and I often talk cars in between musings about audio and video. Recently we were talking about old Porsches–specifically, a unique car that kind of started the company’s big comeback called the RS America. In 1993, Porsches were overpriced and offered poor quality. This 911 was designed to be as stripped down as possible, not only to get the entry price down to a more reasonable level but to make the car much more track-ready. The RS America came with a standard paint job, not the $5,000 to $10,000 paint job that you can find on today’s 911. It had no AC, no spare tire, and no radio. Some even came without the Porsche badge on the front to save weight on the track. The car did come with a big, cool wing, and it looked pretty badass. I wanted one badly (and still do).

Thankfully, these types of products exist in the AV world, too. When it comes to electronics, I am pretty much a Nelson Pass superfan (Threshold, Adcom, Forte, Pass Labs, First Watt–you name it). A Pass Labs Class A amplifier design offers everything that I want sonically without the headache that comes with owning a tube amp. These amps are built to incredible standards, including gorgeous casework, the finest connectors, and the coolest gauge you’ve ever seen on the front–it can mesmerize you during your listening sessions. Well, Pass Labs recently came out with the new XA25 amp (shown below) for $4,900 that is Class A and very nicely built (our review is coming soon), but it lacks the sexy gauge on the front. You get Pass Labs performance for thousands of dollars less. It’s an RS America for the world of audiophile amps, and it opens the door for more people to enjoy a world-class amp who couldn’t have afforded one before. Very cool. 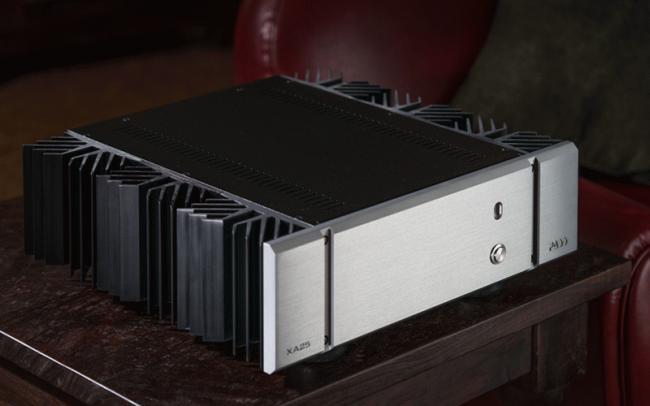 There are other products in the specialty AV space that strip off the fancy wrapper to provide more performance for the dollar. Last year, I traveled to Boston to visit Bowers & Wilkins when the company had just launched its unbelievably sexy $30,000/pair 800 D3 Diamond Series speakers (shown, top of story). The engineers came over from the U.K. and showed us parts from the speaker, which felt more like they were designed to go in a Boeing Dreamliner than in a loudspeaker for someone’s living room. The new diamond tweeter was incredibly machined. The midrange driver material that replaces B&W’s signature yellow Kevlar drivers is contoured to reduce driver-related distortion at high volumes. It’s a pretty incredible speaker. But for those people who want all the performance of the 800 Diamond Series yet plan to use the speakers in a dark screening room, Bowers & Wilkins makes a version with all of the flagship technology but without the high-end finishes that would be wasted when built into a wall and covered with fabric and/or a woven screen. 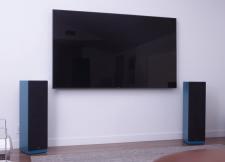 Is there a time when we are willing to pay more for fit and finish? For me, the answer is a definite maybe (to quote Björk). About a year ago, Eric Alexander from Tekton Design sent me a pair of $800 custom-painted M-Lore floorstanding speakers (shown right). While the Miami Dolphins Blue was a bold choice, these super-easy-to-drive speakers sounded simply fantastic. They had a very “present” sound quality that, especially when paired with my SVS subwoofer, just rocked. I couldn’t believe how good these American-made, custom-finished speakers sounded for the money … but I didn’t buy them. I could have, but I fell in love with a prettier woman: Focal’s Sopra N°2 floorstanding speakers are more than 10 times the price and do not perform more than 10 times better than the Tektons–but that’s not the point. The Focals (shown below) also are very easy to drive and come with driver designs that are considered by most speaker engineers to be among the best in the world. They also have an aesthetic that is second to none. My Focal Sopra N°2s are painted in a glossy white, and they have a fit and finish that put speakers costing many times more to shame. The lines on the speakers have caused more than one visiting female to exclaim, “Those are the best looking speakers that I’ve ever seen!” Let me tell you, that’s not something that women say about speakers very often … or ever. The Focals are gorgeous; but, while they are a relative bargain compared with competing speakers like Wilson Sasha WPs, Magicos, and the aforementioned B&Ws, they are still $15,000/pair, which makes them a luxury item that you don’t need. That’s right, you don’t need them … you just WANT them.

Part of the fun of high-end AV is making your system work to its highest potential. The next level in the modern era is to have your system integrate with your living space so that your AV gear looks as good as it performs. Rack-mounting equipment is a good trick to keep components running cool, and to keep everything clean and organized. Simple lighting control and shades from places as mainstream as Home Depot or Lowes can add a lot of WOW factor to your system, but there is something to be said for that statement component–be it a huge 4K flat-panel TV, a gorgeous pair of speakers, or those sexy tube amps perched on a polished chunk of granite on the floor.

How do you dress up your system? Does having products built to military spec matter to you when you invest in AV, or is it all performance all the time? Share your thoughts with us in the Comments section below.