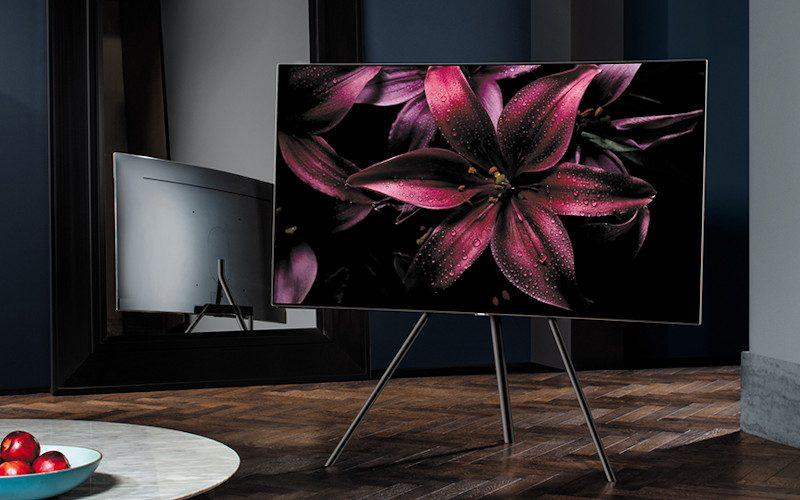 4K Ultra HD, Feature News Stories, LCD HDTV News
Published On: May 29, 2017
We May Earn From Purchases Via Links

Are you willing to pay more for a TV with a unique or sexy form factor? How much do things like cabinet finish, depth, and stand design influence which TV you buy? 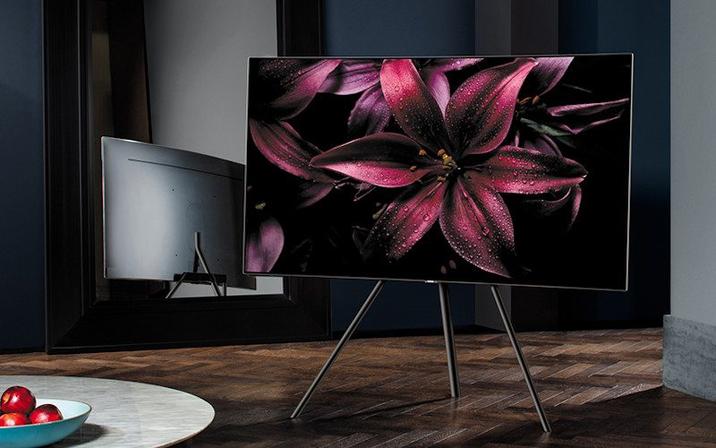 When the time comes to purchase a new TV, I certainly would hope that the product's video performance would factor heavily into your decision. I'm not naïve enough to believe it's the only factor, of course. I'm sure most every videophile would prefer to own a top-shelf performer like an LG OLED or a Sony Z9D LED/LCD TV, but price will put these out of reach for many people (myself included). Ultimately, most of us will strike a balance between a performance level we can enjoy and a price we can afford.

The question on my mind today is, what else influences your buying decision, beyond the dynamic duo of price and video performance? How important is the TV's sound quality? Its smart TV platform? Mobile device integration? Bluetooth connectivity? Media file compatibility?

One area to which many TV manufacturers devote a lot of R&D is the TV's physical appearance: its depth, its weight, its bezel, and its stand. Especially in those years that fall in between major technological advancements, some manufacturers will spend a lot of time at CES touting their TVs' physical form. I can't help but wonder how important these traits really are to both the enthusiast and the average consumer.

I don't doubt that some people have a preference when it comes to a TV's bezel finish. Some people like a brushed aluminum finish; others feel it detracts from the screen and prefer an all-black bezel. But is the TV's finish a deal breaker for you? If you came across a TV that performs really well and is on sale for a great price, would you pass on the deal because you don't like the bezel finish?

And what about the stand? TV makers seem to have an obsessive need to tweak their stand designs every single year and offer slightly different versions for every TV series in their lineup. Sure, some stands look cooler than others, but doesn't the novelty of that wear off pretty quickly? For me, it wears off shortly after the setup process is complete and the TV is turned on. Most of the time, if I give any real thought to the stand, it's for negative reasons--the TV doesn't feel secure in it, it's frustrating to assemble, or the feet are spaced too far apart for the average TV stand.

In the years before 4K arrived and finally gave the TV manufacturers new technologies to talk about, the big push was to make the LED/LCDs as thin as possible and to remove as much bezel as they could from around the screen. "Look, we've shaved another inch off the depth, another quarter-inch off the bezel. Yay us!" This trend gave rise to the edge-lit LED/LCD, which was actually detrimental to performance, in that brightness uniformity became a major problem. I personally don't think the thinner form was worth the performance issues it created. A really well-designed edge-lit TV can perform well and still have a thin profile: Samsung's new QLED TVs and Sony's new X930E with its Slim Backlight Drive+ technology (shown, right) will likely perform well--but they also carry higher price tags. The more value-oriented edge-lit TVs really suffered in performance, which is why some companies have returned to direct LED lighting for a lot of their lower-priced offerings. Shoppers in these price categories don't seem to mind getting a slightly thicker, heavier TV in exchange for better performance where the screen doesn't look "cloudy" (a common phrase used to describe brightness uniformity issues).

But what about in the higher-end realm? If you're already willing to pay a premium for a TV, how much more are you willing pay for a sexier TV? LG's 2017 OLED TV lineup provides an interesting case study. There are currently four series available in the 2017 line: (from the most to least expensive) the Signature W7, Signature G7, E7, and C7. When first announcing the line in a pre-CES briefing last December, the company acknowledged that performance should be essentially the same between the different series and that differences lie in the areas of features and design. The C7 has a fairly straightforward aesthetic, with a brushed aluminum bezel, a matching pedestal stand, and down-firing integrated speakers. All connections and electronics reside on the TV itself. The 65-inch model has a depth of 1.8 inches and a weight of 50.3 pounds, and it carries an MSRP of $3,999.99.

Move up to the E7 and G7 Series, and you get what LG calls the "Picture on Glass" design that puts the thin OLED panel on a pane of glass. The E7 features a 4.2-channel soundbar incorporated into the pedestal stand, while the G7 (pictured below) steps up to a larger "foldable soundbar stand" that serves as the TV's base yet can also fold up for wall-mounting. The 65-inchers cost $4,999.99 and $6,499.99, respectively. Finally there's the flagship Signature W7, which has a "Picture on Wall" design in which all of the electronics are housed in a separate box, with a thin white cable to connect panel and processor (pictured below). The design really accentuates the physical benefits of OLED, allowing that super-slim panel to hang on the wall like a picture frame. The 65-incher has a depth of just 0.15 inches and weighs just 16.8 pounds. LG also includes a separate soundbar with up-firing Atmos drivers. The package carries an MSRP of $7,999.99--that's a $4,000 upcharge over the 65-inch C7 that purportedly delivers the same video performance. I saw the W7 on display at CES, and it sure was sexy. But was it $4,000 worth of sexy? Samsung also put a big emphasis on design elements at CES this year. Yes, the company emphasized performance improvements in its new flagship QLED line, which includes use of a newer form of metal Quantum Dot technology designed to improves the TV's brightness, color volume, and viewing angle. But that's not exactly a technological game-changer. I mean, we're still talking about LED/LCD TVs--and none of this year's models use a full-array backlight like last year's flagship KS9800. As I mentioned above, they're all edge-lit.

To further distinguish the QLED line from Samsung's lower-tier offerings, the company has added a bunch of aesthetic enhancements. Of course, with a Samsung TV, the first aesthetic decision is, do you want a flat or curved panel? The flagship Q9 is flat, the step-down Q8 is curved, and the Q7 is available in either a curved or flat version, with a $300 upcharge for the curved model.

As with previous high-end Samsung TVs, the QLED models include the separate One Connect box to house the inputs and processing. This year, Samsung connects the panel and processor via a tiny optical cable that makes for a nearly invisible connection, and Samsung has developed a No Gap Wall Mount ($149.99 to $179.99) for the QLED models to keep them as flush with the wall as possible (pictured below). The goal is to make that on-wall install as sexy as possible without having to hide your cables in the walls.

If you don't plan to wall-mount the TV, you can go with the supplied stand, or for a fee you can upgrade to one of two premium stands: the $700 swiveling Gravity stand or the $600 Studio Stand that looks more like an art easel. $600 to $700 for a TV stand? Seriously?

Look, I'm but a poor and humble video reviewer who just wants a TV that performs well. Even if money were no object, I don't believe I'd be willing to pay much more for aesthetic improvements to a TV cabinet. I get it when we're talking about a pair of tower speakers that sit imposingly in your room and beg your eyes to look at them; I love some of the beautiful designs from Sonus Faber, Focal, Paradigm, and Revel. But with a TV, it's the picture quaIity that matters to my eyes. I just don't care that much about form factor once I've gotten it unpacked and set up.

Am I an anomaly in this respect, or do I speak for the majority? That's why I'm looking to you, dear readers, for some feedback. How much do these types of design enhancements really matter? Will you spend more to get a TV with a sexier form factor? If so, how much more? And what design element matters the most: is it a TV's depth, its weight, its finish, its stand options? Comment below.