There is perhaps no greater nostalgia machine than music. But Scott Schumer ponders just how much of the formative listening experience we need to recreate to fully transport ourselves back in time. 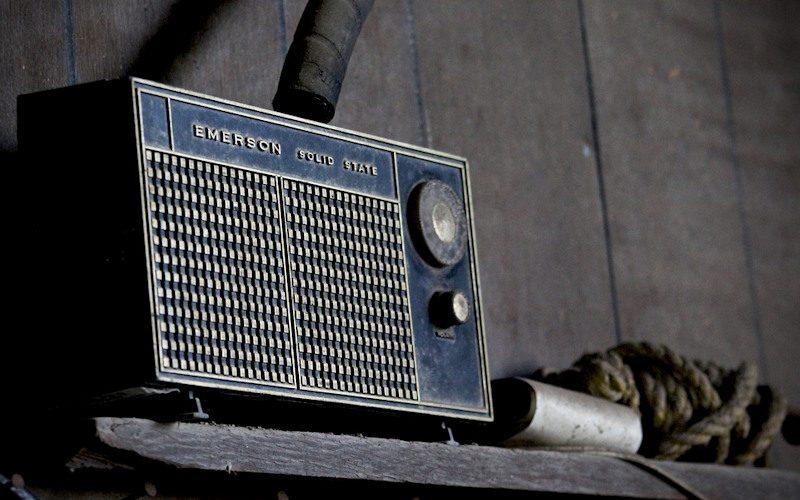 We've all experienced that magical moment, when a unique scent, a distinctive taste or even revisiting an old stomping ground unleashes a tidal wave of memories that very nearly drown out the present. But can any of these experiences truly evoke the emotions of bygone days in quite the same way as music? Hearing a song that was a high school favorite, or the song you listened to while unpacking in your first dorm room, or the first time you snuggled up with your first true love--it doesn't merely bring recollections of the past into the present; it can very nearly transport you emotionally and physiologically to a specific time and place from your past.

Here's an interesting question: Does music, as a memory trigger, need to be the precise version from your past in order to activate the same feelings you felt when the memory was first created? I have a memory of listening to Sly and the Family Stone's "Hot Fun in the Summertime" played on a portable transistor radio on the beach in the summer of 1969.

At the time, as a ten-year-old, I had not a care on the world. I was safe, healthy, surrounded by family and friends, and the future was bright and right in front of me. What would I give to return to that time, or just have that not-a-care-in-the-world feeling again? So, if I want to be transported back into that headspace, do I need to listen to the original version of the song on a system that can recreate the same lo-fi, mono sound from that time in my memory? Or is memory fallible enough that my brain could just fill in any blanks between the original event and the present day? I wanted to find out, so I set out to do exactly that.

Coppertone and Simpler Times
Fortunately, it isn't hard to find various renditions of "Hot Fun in the Summertime" and I have various playback systems at my disposal. So, with the scent of Coppertone wafting in the air, I initiated a listening session to see what sparked the strongest memory triggers and what would bring me back to a simpler time.

Hot Fun in the Summertime

From MP3 to FLAC, from my two-channel tube amp to solid-state multi-channel playback systems to my favorite headphone setups, I spent several enjoyable hours visiting with my favorite tracks that marked important moments in my life. And to be clear, I'm not claiming that that results of my little experiment deserve to be written up, peer-reviewed, and published in the Journal of Cognitive Neuroscience or anything, but what I found was that, for me, it didn't really matter the format or the playback system. What mattered most in recapturing those memories and emotions was that the system sounded good to me, right here and now. But I did have a subjective preference for my two-channel tube system and my headphone setup with tube preamp.

Maybe that means that the system best suited to triggering your own musical romp down memory lane might boil down to the sorts of systems that evoke the state of the art back in your formative years? For me, the warmth and richness of tubes, whether it be with speakers or headphones, really seemed to make the difference in pulling out the strongest memory triggers.


Chief among what I listened to during my quest to reclaim the music-triggered emotions of my youth were multiple albums from the Beatles, The Stones, The Who, Pink Floyd, and Led Zeppelin, along with notable tracks from The Allman Brothers, The Band, Crosby, Stills, Nash & Young, and Stevie Wonder. For those youngsters out there, please remember I was discovering these one at a time as they were released! I remember the day my older sister came home with a new album called Houses of the Holy and we didn't stop playing that record until my Mom finally said enough is enough. I remember also having got a new pair of Puma Clyde sneakers that week. It's a weird connection to make, I know, but listening to Houses of the Holy again brought those old sneakers screaming back into my consciousness. That's how strong that association to the album's memory trigger was.

Of course, the fallibility of memory means that as we explore old favorites on newer and better systems, we're maybe rewriting or coloring our childhood memories. That's a whole other topic for a whole other day, though.

But I'm interested in hearing from others about this phenomenon. What specific songs or albums transport you to bygone days? And do you find that the system matters? Does Lynyrd Skynyrd's eponymous album cranked through a pair of JBL 4345 Studio Monitors conjure the smell of your first dorm room in a way that a pair of really good modern bookshelf speakers just can't? And if so, is that necessarily a good thing? Or are you more focused on the musical memories you're making right now?

You'll automatically be entered in the HTR Sweepstakes, and get the hottest audio deals directly in your inbox.
Author
Scott Schumer
When you buy through links on our site, we may earn an affiliate commission. Your support is greatly appreciated!