Adrienne Maxwell explains net neutrality rules and how their recent repeal could affect our little corner of the consumer electronics world. 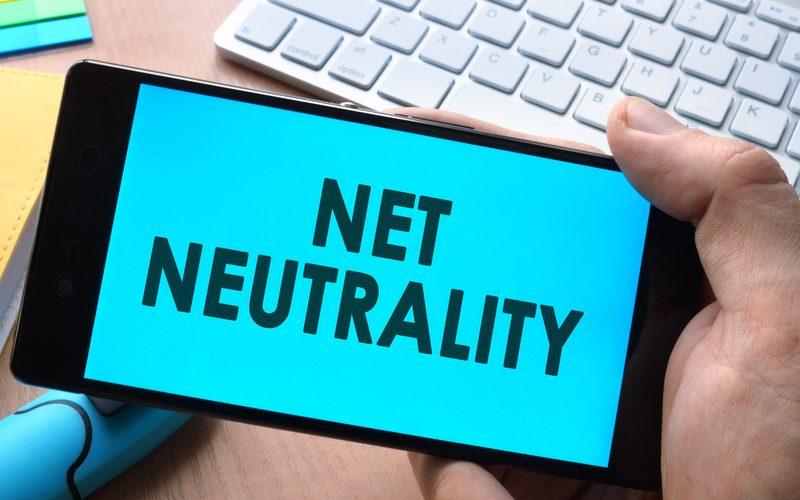 You've no doubt heard by now that, on December 14, the FCC voted to repeal the net neutrality laws put in place in 2015. Depending on whom you talk to or what websites you frequent, this act was either the end of the Internet as we know it or a return to the Internet we always knew before the government chose to get involved. The repeal of net neutrality is controversial to be sure, and the practical question right now is, how might it affect our little corner of the consumer electronics world?

First things first, what the heck is (was) net neutrality anyhow? The FCC's net neutrality rules classified Internet service as a utility (specifically, a telecom service) that could be regulated by the government, and those regulations prevented Internet Service Providers (ISPs) from giving preferential treatment to certain services and websites. Under the FCC rules, your ISP wasn't allowed to create a fast lane that favors certain services, nor was it allowed to slow down or block access to lawful content, applications, and services.

To put it in everyday terms, each of us pays a monthly fee to our ISP to get a certain Internet speed--say, 65 Mbps. With that Internet connection, we're free to surf a free Web, with no legal sites or services being blocked. Also, provided we haven't reached a cap or our service is not being bogged down due to heavy usage, that 65-Mbps speed is being equally applied to whatever sites/services we access--whether we're streaming Netflix or Spotify, uploading videos to a particular cloud service, or just browsing the day's happenings on our preferred news site.

In repealing the net neutrality rules, the FCC has now reclassified Internet service as an information service, not a utility that's subject to regulation. What does that mean? Basically it means that your ISP can do whatever it wants with your Internet speed/access, which could have huge ramifications for our readers in areas like UHD video streaming, hi-res audio streaming, and cord cutting. Let's consider a few hypothetical examples.

Say you're a cord cutter, and AT&T is your ISP. AT&T also owns the DirecTV Now Internet TV service, but you have chosen Sling TV, owned by rival Dish Network, as your Internet TV service of choice. Up to now, your Sling TV feed has always been pretty reliable and looked pretty good. But, with net neutrality rules out of the way, AT&T has decided to put Sling TV over in the slow lane. Suddenly the feed looks terrible and is constantly buffering. Don't like it? Well, says AT&T, maybe you should try DirecTV Now instead--we've put it over in the fast lane, and you should see how much better it performs.

I'm a cord cutter who uses Comcast as my ISP, and I rely on a variety of services for my content, including Netflix, Amazon Video, and Sling TV. Comcast offers its own assortment of streamed video-on-demand content through its Xfinity platform, and the company is now free to put its own content in the fast lane while slowing down services like Netflix to gain a competitive advantage. When I express my dissatisfaction to Comcast, I'm told that, for a mere $10 extra per month, they'd be happy to move Netflix over to the fast lane.

Then again, maybe instead of fighting against Netflix, Comcast makes a deal with the streaming giant that gives it preference over rival Amazon Video. The same kinds of deals could easily be made in the streaming music industry, although music doesn't require as much bandwidth as video.

We haven't even talked about blackouts yet. Anyone who subscribes to a cable/satellite TV service knows what happens when your service provider is in a tough negotiation with a content provider and can't come to terms. Suddenly you lose CBS, AMC, or maybe even a whole group of channels. Now imagine that happening with your Internet provider--having certain sites or services blocked because the two companies are in ugly negotiations, are having a spat, or simply offer competing services.

I'm not suggesting that the scenarios presented above will absolutely happen. I'm just saying that they could. Proponents of the net-neutrality repeal are quick to point out that that the Internet existed long before the regulations took effect in 2015, and it thrived. This is when we must venture into the realm of politics and differing market philosophies. Net neutrality was put into place during the Obama administration, with a Democrat-appointed FCC chairman--and Democrats tend to favor regulation to keep things in check. Now we have a Republican-appointed FCC chairman (the repeal vote passed 3-2), and Republicans believe that free-market competition will keep all the major players in check.

Consider my Comcast scenario above. I live in an area of Colorado where Comcast must compete with CenturyLink in some places and Nextlight in others. Nextlight provides fiberoptic gigabit-speed Internet and is offered directly by my city. Nextlight has pledged to adhere to net neutrality principles regardless of the FCC's decision. If Comcast were to engage in speed throttling or the blocking of websites, people could simply switch to a different ISP. That competition, Republicans argue, is what will keep things in check--just as it always has.

But what about the many areas of the country where people only have one high-speed provider from which to choose? If there's no competition, there's nothing to keep your ISP in check. It's worth pointing out that ISP trade organizations have spent a good deal of money trying to block competition in the form of municipal Internet services like Nextlight--and in some cases they have succeeded.

Perhaps the larger concern is the fate of small and mid-level Internet-based companies. The Netflixes, Amazons, Apples, and Googles of the world have enough power and influence to make deals and fight battles with ISPs to keep their services running smoothly, but smaller websites will find themselves at a major disadvantage as they try to compete.

I guess we'll see how the repeal plays out in the real world ... or maybe we won't. After the FCC vote, several consumer advocacy groups like Public Knowledge and Free Press vowed to fight the decision in court, as did companies like Netflix and Vimeo and a couple of state Attorneys General, including New York's Eric Schneiderman. The Washington Post offers good insight on how these legal battles could play out. Republican Congresswoman Marsha Blackburn also unveiled a bill called the Open Internet Preservation Act that preserves some but not all aspects of net neutrality--namely, no blocking and no throttling of websites--and it's fair to say that the bill has not been warmly received by most net-neutrality proponents.

In other words, please keep your arms and legs inside the vehicle. This ride ain't over yet.