How to Gauge UHD Blu-ray’s Success So Far

How to Gauge UHD Blu-ray’s Success So Far

Is it too soon to gauge the success of Ultra HD Blu-ray? Jeff Berman discusses how the early players and discs are selling, as well as the challenges that still remain.

The U.S. home entertainment market enjoyed a strong second quarter this year–one that was likely driven, at least in part, by increased demand for Ultra HD (UHD) TVs and, possibly to a smaller degree, the introduction of UHD Blu-ray players and movies. But don’t go jumping to the conclusion that UHD Blu-ray is already a success that will have long legs. It’s still way too early for any of that thinking, and at least a few major players on the software, hardware, and retail fronts are taking a cautious, wait-and-see approach to the format. Sony Interactive Entertainment’s September 7 announcement that its new PS4 Pro video game console will support 4K and High Dynamic Range (HDR) but not UHD Blu-ray certainly didn’t help.

According to the Digital Entertainment Group (DEG), total consumer spending on home entertainment content–including DVD, Blu-ray, and UHD Blu-ray title rentals and sales, as well as digital rentals and sales of that content–grew six percent to more than $4.3 billion in the second quarter that ended June 30, compared with the second quarter of 2015. That boosted year-to-date home entertainment content spending to $8.9 billion, a two percent increase from the first half of 2015.

“Boding well for the home entertainment industry was the continuing shift” by consumers to next-generation 4K TVs, and that is, in turn, “expected to drive purchases of new content” that consumers can enjoy using those new TVs, the DEG said. More than eight million 4K UHD TVs have been sold so far, with 1.4 million of them sold during Q2 in the U.S.–a 119 percent increase from Q2 last year, it said.

There are several factors driving 4K TV sales, according to DEG Senior Director Marc Finer. “To begin, the current replacement cycle of first-generation HDTVs is extremely high, which has generated a strong demand for bigger-screen TVs (50-inch and higher) in general,” he told us. There is also “growing consumer interest in experiencing more immersive entertainment at home–particularly in regards to movies, sports, and other live events–and this is the ideal way to enjoy the benefits of 4K resolution and HDR,” he said. “Finally, the price of 4K UHD TVs has been declining, making these televisions a greater value.”

Due to the lack of broadcast 4K content in the U.S., folks buying those TVs are clearly hungry to watch native 4K content that will allow them to get the most from their TVs. Those with smart 4K TVs can stream a limited amount of 4K content on them from Netflix and other online content providers. But the best way for consumers to experience native 4K with HDR on their new UHD TVs is with UHD Blu-ray and not via streaming, said Tom Campbell, corporate director at California retailer Video & Audio Center. That dealer, which has four stores in the Los Angeles area, held a UHD Blu-ray launch event early this year and has seen strong consumer demand for the format since then.

Interest in the format was actually “somewhat tepid” prior to the launch of Samsung’s UBD-K8500 UHD Blu-ray player, Campbell told us. But that changed after customers saw the hardware and software for themselves, he said, adding, “We sold, in the first month, over 1,000 units” of the Samsung player at $399.99. Sales have been “steady” since then, he told us. “We sell every one we can get.”

“The attachment rate” of UHD Blu-ray players to 4K TVs for Video & Audio Center was “staggering,” at more than 60 percent, Campbell explained. What’s more, the average customer is buying one to three UHD Blu-ray movies along with each player and 4K TV sold at its stores, he estimated.

Total physical sales of home entertainment content inched up only three percent in Q2 from a year ago, the DEG said. However, Blu-ray sales (including UHD Blu-ray) jumped 35 percent. The DEG didn’t break out how much of that was from Blu-ray alone compared with UHD Blu-ray. It said only that more than 45 UHD Blu-ray title releases were available in the first half of the year, and about 288,000 units were sold in that time frame.

Home Media Magazine separately reported that 228,000 UHD Blu-ray discs had been sold as of June 24, 2016. What really stands out about that figure, according to Victor Matsuda, chair of the Blu-ray Disc Association (BDA), is that it’s significantly higher than the 57,000 Blu-ray discs that were sold in a comparable time frame after the original format was introduced in 2006.

The BDA didn’t have any additional UHD Blu-ray software or hardware sales data, Matsuda said in a phone interview. “But, anecdotally, both the hardware manufacturers and the studios that I speak to are very excited” about UHD Blu-ray’s launch and the sales they were seeing. It’s indeed “very early” for the UHD Blu-ray format, but there will be more product announcements as we head into the holiday season, along with more of a presence of the format at retail stores and in promotional activities, he said. A campaign by the BDA to educate consumers about the format’s benefits, which already started on its website, should also help, he said.

“While still in its initial launch phase, sales of 4K Ultra HD Blu-ray titles are encouraging and continue to build momentum,” said DEG’s Finer. “This should be further enhanced by the launch of other Ultra HD player models, plus the entry of additional studios into the market.”

More Positive Signs for the Home Entertainment Market
The DEG also announced that digital HD–also known as electronic sell-through (EST)–increased almost nine percent in Q2, driven by theatrical content that was up nearly 20 percent for the first half of the year, thanks to a strong slate of new releases. Video-on-demand platforms continued to grow in the period, growing more than seven percent for Q2, consistent with Q1 growth.

There was clearly a lot of positive news for the entire home entertainment market in general during the first half of 2016, but one has to take at least some of it with a grain of salt. After all, as usual in the sector, at least part of the improved home entertainment performance can be chalked up to a strong slate of new movie releases.

Marketing Blitz May Be Needed
“As with so many fledgling formats, it may require an all-out marketing blitz by the manufacturers of the players touting the benefits of adding or switching to this new format,” said Paul Dergarabedian, senior media analyst at comScore. “Of course there has to be enough filmed content available to provide enough incentive for consumers to add yet another platform to their current home theater systems.”

So far, that may not be the case for many consumers. For one thing, Disney remains the one major Hollywood studio on the sidelines. Despite being a member of the UHD Alliance, it hasn’t announced any plans for UHD Blu-ray titles, and Disney spokeswoman Liz West said in June that there was nothing new to report. The company didn’t respond to a request for comment for this story.

Some major consumer electronics manufacturers have yet to announce plans for a UHD Blu-ray player. LG, for one. Sony finally got in the game on September 14, when the UHD Alliance member announced its first UHD Blu-ray player, the “reference standard” ES Series UBP-X1000ES that is targeted at the custom installation market. However, the price wasn’t provided, and Sony said the 4K UHD Blu-ray player won’t ship until spring 2017, missing the key holiday-selling season.

There also isn’t even enough meaningful sales data yet from all the major Hollywood studios that have jumped on the UHD Blu-ray bandwagon. For example, Universal Pictures Home Entertainment (UPHE) didn’t ship its first new release on UHD Blu-ray (The Huntsman: Winter’s War) until late August. Before that, it only released three catalog movies (Lone Survivor, Lucy, and Oblivion) in the format, and those didn’t come out until August 9.Therefore, “it’s a bit early for Universal to have a precise performance assessment of its titles on 4K UHD,” UPHE spokeswoman Lea Porteneuve said on August 29. 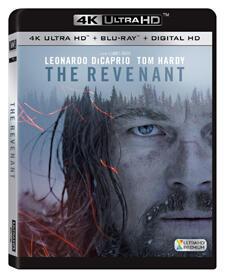 Twentieth Century Fox Home Entertainment, SPHE, Paramount Home Media, and Warner Home Video didn’t respond to requests for comment. But Brian Zupan, Fox’s vice president of retail strategy and retail marketing, told the CE Week conference in New York on June 23 that UHD Blu-ray had a “promising launch at retail.” Fox released 10 titles in February in the U.S. to coincide with the launch of the first UHD Blu-ray player from Samsung. Between then and June 23, the studio released another five UHD Blu-ray titles day-and-date with their releases on DVD and Blu-ray, he said. The studio was “very pleased with the initial performance” of those titles on UHD Blu-ray, “especially” the performance of Deadpool, The Martian, and The Revenant–but he didn’t provide any sales figures.

Lukewarm Support by Several Retailers
It’s also hard to classify an optical disc format as a success when many major retailers aren’t fully supporting it yet. Amazon and Best Buy are selling a wide selection of UHD Blu-ray movies, but the same can’t be said for most other major U.S. retailers.

While Sears stores are selling Samsung’s UHD Blu-ray player online, at least some of its stores are not, and the retailer doesn’t sell any Blu-ray movies, UHD or otherwise.

Amazon and Best Buy declined to comment on how well UHD Blu-ray is faring so far, but Amazon spokeswoman Carly Golden said the five best-selling titles in the format so far have been Sony’s new Ghostbusters (based on pre-sales), Paramount’s Star Trek: Beyond, Fox’s X-Men: Apocalypse and (also via pre-sales) Jason Bourne, and Warner’s Batman v Superman: Dawn of Justice.

Best Buy is selling Samsung’s UHD Blu-ray player and Microsoft’s Xbox One S console that supports 4K and UHD Blu-ray at its stores. Its Levittown, New York, store had them August 27, along with 33 UHD Blu-ray movies. Two other movies in the format –Batman v Superman and X-Men: Days of Future Past–were sold out.

Target declined to comment on its UHD Blu-ray plans, and Walmart didn’t get back to us. I couldn’t find any UHD Blu-ray titles at Walmart’s East Meadow, New York, store. Target’s Levittown, New York, store, however, had seven UHD Blu-ray titles in stock. Three of them–Batman v Superman, Huntsman, and Sony’s The Angry Birds Movie–were in the same display area as the Blu-ray copies, but the UHD Blu-ray versions of Universal’s Deadpool, The Martian, and Lone Survivor, as well as Lionsgate’s The Divergent Series: Allegiant, were featured on the top row of a Recent Releases display..

It is possible that, once we start getting broadcast 4K and the amount of 4K content available for streaming grows, many 4K TV owners won’t see the need to buy UHD Blu-ray players and movies. Let’s also not forget that many consumers still own DVD players rather than Blu-ray players and are perfectly happy with them. At the end of the day, there is just no clear sign that consumers will embrace a new high-end physical medium, said David Cole, CEO of video game research company DFC Intelligence. “We are simply not that bullish” on UHD Blu-ray, he said.

By this time next year, however, we should have a much better idea if the format is on track for success or not.