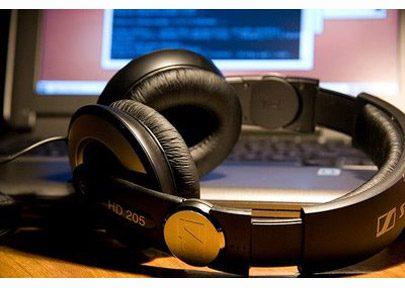 Feature News Stories, Industry Trade News, News
Published On: November 5, 2012
We May Earn From Some Purchases Via Affiliate Links

The question that is on many minds is one of the future of the AV industry. Times are changing and the next generation is going to have to pick up the torch. But how do you get them to do that? 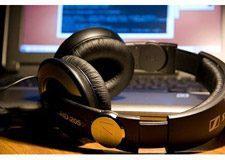 In the past, I have written on the topic of creative ways to lure younger audiences into becoming audio enthusiasts. En route home to Los Angeles from my first trip to the 2012 Rocky Mountain Audio Fest (RMAF), this issue currently seems even more pressing to the future success of the hobby/business of enthusiast audio. At RMAF, there were about a dozen companies that really get it. They play the right music. They offer value-oriented products. They have beautiful industrial design. They have meaningful distribution, be it through brick and mortar stores, big box stores, Apple stores, Amazon.com or Internet direct. They get it. Sadly, most others don't, with companies falling into two categories that can be summed up as a) clueless to the end-of-the-world scenario that is coming in the next five to ten years, when Baby Boomers will be too old to realistically buy audio the way they do today and b) those who know the end is coming, but simply don't care. Either way, the situation isn't healthy.

Want some encouraging facts? Generation Y (kids coming out of college now or who are in their early 20s) are the largest demographic ever - bigger than the Baby Boomers who invented audiophilia. Better yet, these kids love music more than Gen Xers or Boomers do, so there is a larger potential audience than ever who will want to buy audio gear. So what's the problem, you ask?

First, Generation Y-ers have become adults in the Great Recession, so they don't have the money (yet) to invest in luxury goods. Many are still living with their parents (known as "boomeranging") and/or trying to get a foothold with their first jobs in the worst market since the 1920s in the United States. Next, Generation Y people have little to no focus or patience. They talk, text and often fidget all at the same time. Diagnoses of ADHD are as common as dandruff with these kids, who tend listen to music very differently than do Generation X and Baby Boomers. They skip songs. They lose interest and seek the next buzz from the next track. They don't know a world without 10,000 songs on your phone or a fast-forward button for your 250 playlists or an era without Pandora, Spotify or Internet Radio. Lastly, Generation Y-ers don't value luxury goods the same way that older generations do. What they consider to be cool wouldn't always be considered cool by their elders, an issue that specifically ties to the industrial design of audiophile gear. Generation Y-ers want (perhaps demand) to be wireless, mobile and have their content the way that they want it, even if it's not the way that is "truthful to the music," or as the producer intended it. Realistically, they don't care, and they are the ones about to spend the kind of money that will define the audio business for the next 25 to 50 years. A sea change is coming, even if many who were at RMAF can't see it quite yet.

One company has done a fantastic job of cashing in on Generation Y in terms of audio, albeit with Bose-like mediocre audio, and that is Beats By Dre. Monster Cable's Noel Lee and superstar record producer Jimmy Iovine literally hit the audio grand slam with their terrible-sounding headphones by finding a way to sell hip-hop lifestyle more than audio into very profitable headphones that accompany every aspect of life, not just in the big cities but also to everyone in the Mall of America and/or who wear their jeans below their ass crack (on purpose), no matter how "gangsta" they aren't. With nearly 3,000,000 Facebook fans and mainstream crossover, Beats is an unqualified audio success, which proves that the concept of selling to the next generation of consumers can in fact be done.

1. Change the focus away from $20,000 and higher components that have been so much a part of recent audio shows. Younger clients can't relate to or even dream of such investments. Always demonstrate attainable, aspirational audio, just like the Marantz or McIntosh product was to the Boomer at the PX in Vietnam. These stores allowed Boomers to set goals for the luxury goods that they wanted to buy someday, not goals that are so lofty that they likely can never be accomplished. They still are buying this gear to this day, but new goals need to be set for a contemporary larger, more music-loving generation.
2. Accept the fact that vinyl isn't the audiophile savior, no matter how near and dear the format is to your heart. The facts are clear: vinyl physically has limited dynamic range, high signal to noise ratio and wears out quickly, even in comparison to the now 30-year-old compact disc. Despite its collectability and retro appeal, it's a sonically flawed format that wasn't designed for a generation who grew up on HD formats. The audiophile community needs to sell Generation Y on music in HD in one format or another. Blu-ray and downloads, perhaps even video games - all of which are HD audio (and video in many cases). Look at the sales numbers in 2012. EA Sports can sell 1,400,000 copies of Madden Football at SIX TIMES the per-disc price of a vinyl record in ONE WEEK. Consider than every new vinyl record sold in 2011 for every title pressed sold 3,900,000 units and you can see that; the "I-love-the-past-better-when-I-can-see-the-future" audiophile pundits who think vinyl is making a comeback because sales have increased 39 percent this year to date are wrong. Compact discs sold in the neighborhood of 260,000,000 discs in 2011, which is 66.6 times more sales volume. What audiophiles are doing is making the argument that you are rich if the $100 you have in the bank goes up 39 percent to $139. Don't confuse growth percentage with market growth. The numbers say that at best vinyl is a tiny niche format and it's been that way since the early 1990s. The future is in high-definition digital audio.
3. Make audio more social. Generation Y communicates very differently than past generations. It's normal for them to tweet from a movie a mere ten minutes into the film to their entire network. They will sit in a group at a coffee shop with their devices out (phone, tablet, laptop) and enjoy media, communicating with the world at the same time they talk face to face with their friends in the room. This might seem odd to us old farts, but it's how they do it. It's how they like it and there little to nothing we can do to change it, so we'd better embrace it. Could dealers create live events hosted over social networks like Twitter that involve the best bands of today and an audio experience that could only happen in a 7.1 audio HD playback system? If so, how many dealers are man enough to host the event? Here's a hint: don't forget to bring the Starbucks.
4. Don't pressure the close. It takes time to earn a sale and Generation Y has problems like student loan debt and/of affording real estate some day that more than likely come before audio. It's important to plant sales seeds now that will grow into mighty oaks someday in the future. Traditional dealers must put aside the stereotypical audiophile aloof attitudes and do some meaningful demos for some younger people at all costs. Older audiophiles who love audio need to invite younger ones to go shopping with them at top stores. Take them to hear live music (where they want to go to hear the music they like) and compare that to the best that the world of audiophila has to offer. As Generation Y's buying power increases, watch the audiophile hobby grow in kind.

Many major names in the audiophile business are worried about the future and they have good reason to be scared right now. Historically, audiophiles have been quirky, non-showering, live-in-the-basement-of-your-Mom's-house guys that tinker with equipment with a zest for some kind of audio truth that can be best compared to a cult-like fringe religion. The good news is that Generation Y loves music first, which is the key to creating a truly excellent audio customer, not a buy-it-used stereotypical audiophile. The challenge is to show the kids the WOW factor today, so that when they grow into having the money to buy true high-end a few years down the road, they'll do so. Noel Lee and Jimmy Iovine proved that it can be done, but they were thinking out of the box. Can the audiophile world become focused on their future clients? Bet your bottom dollar that the future of this hobby/business depends on it.