Parametric Sound Corporation has appointed Stampede Presentation Products to distribute HyperSound audio systems. HyperSound is a system of directing audio with pinpoint accuracy at the desired parties. It has many commercial applications, such as "beaming" different music to different tables... 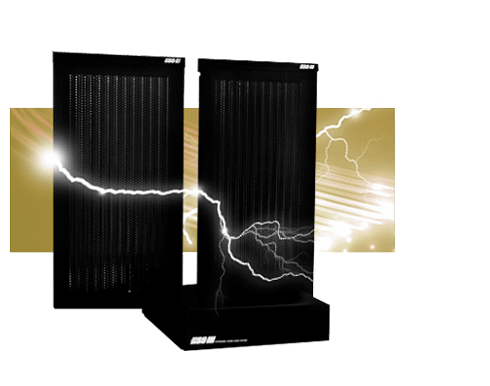 Parametric Sound Corporation has appointed Stampede Presentation Products to distribute HyperSound audio systems. HyperSound is a system of directing audio with pinpoint accuracy at the desired parties. It has many commercial applications, such as "beaming" different music to different tables within a restaurant, or focusing a nightclub's soundsystem on the dance floor so patrons at the bar can talk without yelling. Home applications are possible, with different types of audio beamed to each side one of the room.

HyperSound is a uniquely effective solution for creating zones of audio because it beams sound with the same precision as a flashlight beams light. The technology generates audible sound along an ultrasonic beam which is highly directional and maintains sonic clarity and intelligibility over longer distances than traditional loudspeakers. Because audio can be tightly directed to a specific area it gives individuals in that area the benefit of audio without disturbing others. For example, HyperSound can be used to isolate sound for an individual standing in front of a kiosk or to create a zone of sound at a specific table in a restaurant.

"Directed audio systems are a novel solution to one of the biggest barriers to using sound with digital signage today: that traditional speakers create sound bleed, noise pollution, and employee disturbance," said Todd Savitt, Parametric Sound's Vice President of Sales and Marketing. "With this distribution agreement, Stampede's network of dealers can now use HyperSound to introduce zoned audio into a wide range of retail installations."

Stampede is the largest added-value Pro AV distributor in North America and has a network of more than 11,500 audio-visual resellers and integrators in the North and Latin America. Under the agreement, Stampede will be the first HyperSound distributor in Latin America.

According to Stampede President and COO Kevin Kelly, "HyperSound is unlike other audio systems because it can focus sound where you want it and nowhere else. We're looking forward to the tremendous value this product will bring to our industry through its numerous applications in digital signage, retail, hospitality, museums, healthcare, kiosks, and tradeshows."

CEO Of SONY Steps Down