I Want My UHD Blu-ray Rentals

I Want My UHD Blu-ray Rentals

Will Ultra HD Blu-ray survive and flourish? Many people were declaring the disc format dead before Ultra HD Blu-ray even hit the market, but early sales numbers on players and discs were somewhat encouraging. (See our article How to Gauge... 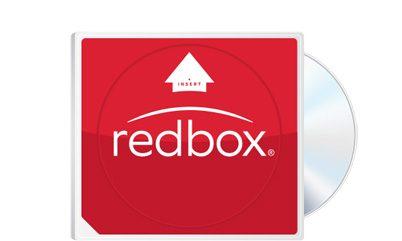 Will Ultra HD Blu-ray survive and flourish? Many people were declaring the disc format dead before Ultra HD Blu-ray even hit the market, but early sales numbers on players and discs were somewhat encouraging. (See our article How to Gauge UHD Blu-ray's Success So Far for more details.) The early returns were at least positive enough to inspire manufacturers like LG and Sony, who were taking a wait-and-see approach before introducing their own Ultra HD players, to jump in the fray this year.

Still, there's no denying that discs have taken a back seat to streaming services. For most people, convenience trumps quality. It's awfully nice to be able to buy and rent movies without having to get up from the couch. I think "rent" is the key word there--because, really, how many movies do you actually buy in the course of a year? Maybe one or two that you know you'll watch multiple times to get your money's worth. Everything else falls in the rental category or, even lower on the priority chain, the "wait 'til it comes to Netflix" category.

There's a lot of talk about how Millennials don't feel a strong desire to own music and movies, but is that trend really limited to younger audiences? I'm well outside the Millennial age range, and I can't remember the last time I purchased a movie on disc for my own kicks. Sure, I've bought a number of Ultra HD Blu-ray discs since the format arrived, but only because I review video products for a living and need permanent demo material. For purely entertainment purposes, I much prefer to rent.

And I would prefer to rent Ultra HD Blu-ray discs over standard Blu-ray or even streamed UHD, at least when it comes to the blockbuster new-release movies. Ultra HD Blu-ray delivers a superior experience to UHD streaming. It just does. Beyond the issues of compression and bandwidth that are dictated by your broadband speed, there's also the fact that the streamed version may not include all the goodies that the disc version does. HDR is standard on pretty much every UHD Blu-ray movie disc, but it's less common in the streaming world. The availability of HDR will vary depending on which streaming service and which device you use. You're even less likely to get the highest quality audio soundtrack on the streaming side. VUDU offers Dolby Atmos with some of its UHD movies, but most of the time you're limited to Dolby Digital Plus at best, stereo audio at worst.

I know I'm not alone. I know there are many theaterphiles out there who want to enjoy the higher quality of UHD Blu-ray movies without having to invest $20 to $35 per film. But are there enough of us to convince Netflix and Redbox to add UHD titles to their video rental services? Probably not. At least not yet.

I reached out to both Netflix and RedBox to inquire about their plans to add Ultra HD Blu-ray rental options. Netflix did not respond to my inquiry. A RedBox spokesperson said, "Redbox always keeps a close eye on the adoption rates of the latest technologies, including Ultra HD TVs and players. We'll launch Ultra HD content when player adoption rates reach the levels necessary for national availability at our more than 40,000 kiosks." I guess that's slightly encouraging. So you're telling me there's a chance... I do have good news, Ultra HD Blu-ray fans. In my research, I found one online source for UHD disc rentals: A site called 3D Blu-ray Rental allows you to rent Blu-ray, 3D Blu-ray, and UHD Blu-ray discs, either one at a time or using a monthly subscription method similar to Netflix's disc rental service. For $8.99/month, you can rent one disc at a time, with a limit of two discs per month; $17.99 gets you one disc at a time, up to five per month; $27.99 gets you two discs at a time, up to 10 per month; and finally, $39.99 gets you three discs at a time, up to 15 per month. If you prefer to go the individual rental route, most UHD rentals cost $7.99 each. As of this writing, the site has almost 150 UHD titles for rent; here's the full list.

The site's $7.99 one-time rental price is right on par with what online services like VUDU and Sony Ultra 4K charge for UHD rentals. (Check out our Guide to Ultra HD Streaming). That borders on being too high for me (yes, I'm a cheapskate), especially when $20 is the purchase price for some UHD movies. If you were to subscribe to the site's lowest-tier plan, though, and get two discs per month, we're talking $4.50 per rental, which feels just right.

Another option is to pay a visit to your local video rental store--if you're one of the privileged few who actually has a physical store in your neighborhood. (The only store within a 30-mile radius of my house finally closed its doors in March.) If the store doesn't currently have UHD rentals, talk to the store's owner or manager about their future plans. You never know what they're willing to do to earn loyal customers, which are probably pretty hard to come by these days.

Are you interested in Ultra HD Blu-ray rentals? Would you subscribe to a monthly rental plan à la Netflix to get them? If so, what's the right price? Let us know in the Comments section below.

Saying A Final Goodbye To The Blockbuster Store ... R.I.P.