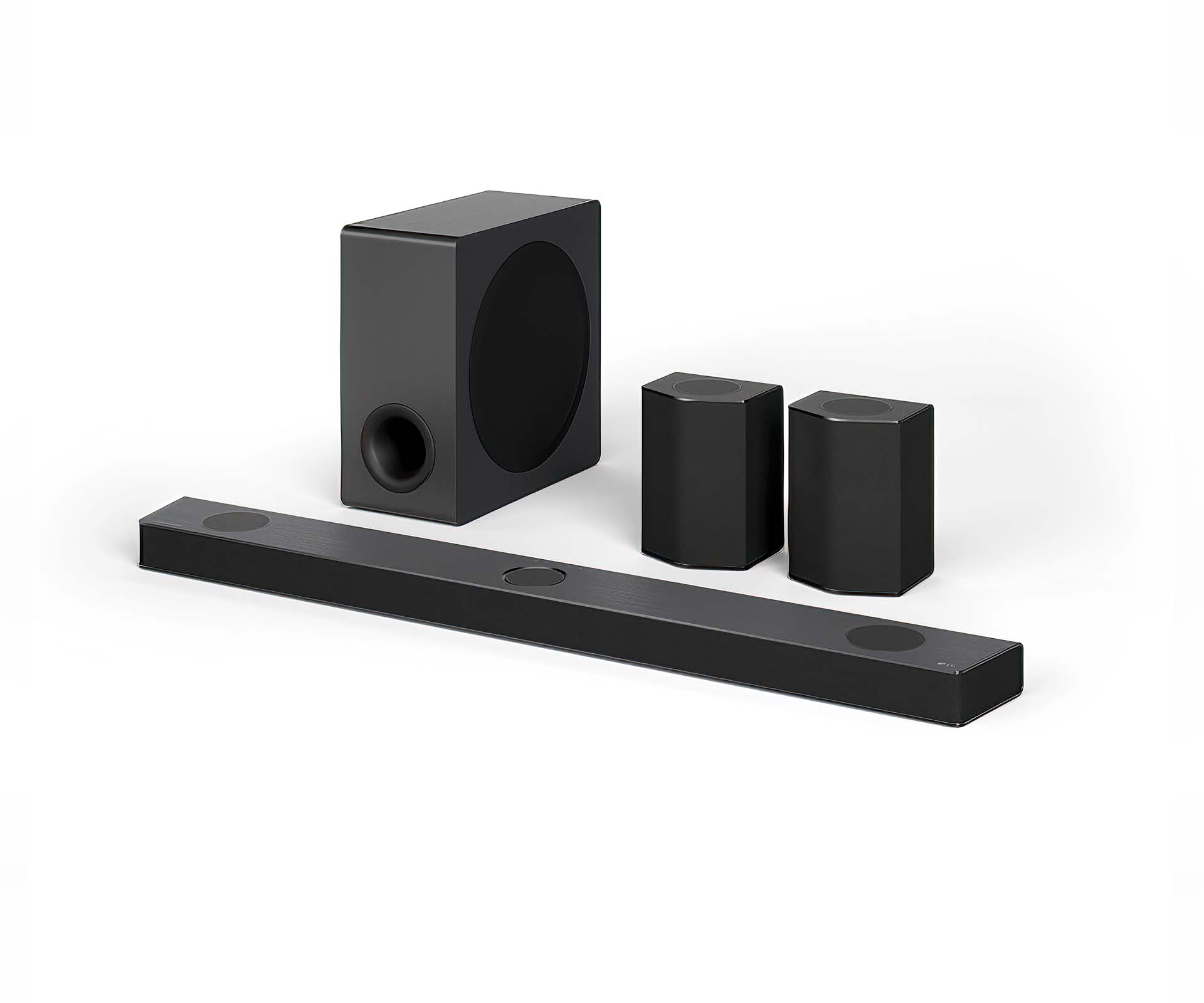 Sound Bar News, AV News
Published On: January 6, 2022
We May Earn From Purchases Via Links 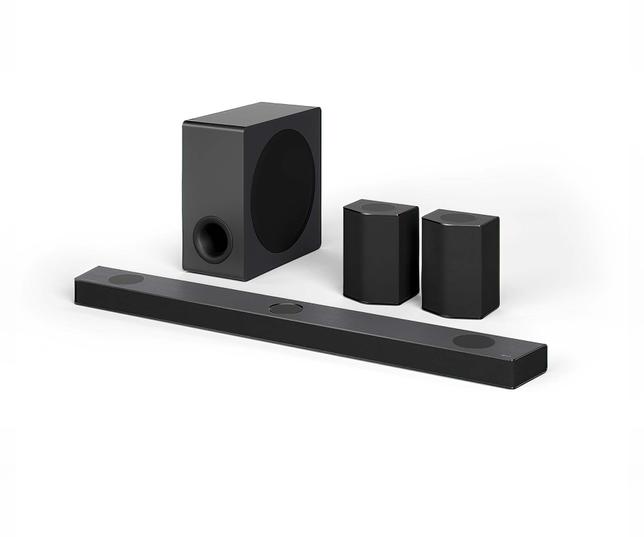 Soundbars may have their detractors, but the fact is that this fast-growing category of multimedia audio systems benefits from widespread adoption and significant research and development. And now, LG has a solution for one of the more vexing problems that face flatscreen displays (aka TVs) which is that dialogue does not appear to come from the screen. The new LG S95QR 9.1.5-channel soundbar with Dolby Atmos finds a solution by adding a height channel speaker to the center, which is why this system has a 9.1.5 channel count, with emphasis on the .5.

According to the press release, this LG soundbar system is equipped with 810 W of amplification throughout all of its channels. In addition to three up-firing channels on the main soundbar, wireless surround speakers also feature up-firing drivers, so that the 3D immersive audio effect is not synthetic, it is based on real reflected sound bouncing off the ceiling. These rear speakers are designed for wide dispersion, with a 135° spread, so that everybody will enjoy the immersive sound they create with greater flexibility in placement.

LG states that the S95QR has a robust wireless system that is free of drops and lag. The company also touts the inclusion of Meridian Audio Horizon technology that is activated when in Music Mode. This takes two-channel input, upmixes it to 7.1, and presents it in a realistic fashion with a panoramic soundstage.

This Soundbar has HDMI and supports gamer-friendly features such as variable refresh rate (VRR) and auto low latency mode (ALLM). It is compatible with Google Assistant, Amazon Alexa, and additional AI assistants. There is even a wireless Wi-Fi audio dongle (LG WOWCAST) that connects the soundbar to the TV without any cable.

LG TV owners will enjoy the ability to control the TV and the soundbar with a single remote control, and the S95QR offers “enhanced AI Room Calibration” that optimizes the sound for a given space through analysis of room dimensions and adjustment of low-frequency equalization in order to compensate for effects such as room again.

It’s that center channel height speaker that makes this soundbar so interesting and innovative. While I have not personally hurt demo because I did not make the trip to Las Vegas this year, I’ve heard anecdotes about how that specific feature makes a dramatic difference in terms of how the center channel content is rendered, convincingly elevating where the center channel dialogue appears to come from so that it truly does appear to come from the screen, instead of beneath the screen.

An S90QY variant will offer the new center channel technology but in a pared-down 5.1.3 setup, and LG even takes care of people seeking a basic setup without wireless surrounds, the 3.1.3 channel S80QY. LG has discussed the possibility of selling the surround speakers that ship with the S95QR as an upgrade for the other soundbars. All in all, a very strong showing from LG in the soundbar category at CES 2022.