Some times the high cost of a low price just isn't worth it. Reviewer Andrew Robinson discovered this when he purchased a pair of the Insignia NS-B2111 bookshelf speakers to try out at home. 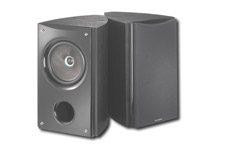 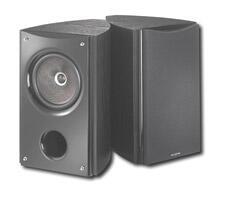 In my endless search for affordable audiophile and home theater products I recently happened upon a familiar face in Insignia’s new NS-B2111 bookshelf speaker. The reason I refer to the Insignia as a “familiar face” is because it appears, at least on the surface, to be similar if not the same as another affordable loudspeaker I reviewed some time ago from then manufacturer Radiient Technologies -who has since moved on to wireless home theater technology and is no longer selling loudspeakers. I wanted to find out if my assumptions were correct so I picked up a pair for $87.98 from my local Best Buy, the only place Insignia is sold, for a little weekend audition.

Additional Resources
• Read more bookshelf speaker reviews by HomeTheaterReview.com’s staff.
• Look for AV receivers in our AV Receiver Review section.
• Find a subwoofer to pair with the NS-B2111 in our Subwoofer Review section.

The Insignia bookshelf speakers are rather attractive looking with their tapered cabinet a-la Paradigm Signature loudspeakers and high gloss front panel. Unfortunately the visual ties to Paradigm end there for the build quality and materials used throughout are nowhere near equal to that of the Canadian speaker manufacturer. The speakers themselves measure roughly 14 inches tall by nine inches wide and 12 inches deep and tip the scales at a scant 13 pounds. The vinyl wood wrap comes only in a black ash finish, making the Insignia’s presentation a decidedly monochromatic affair.

Behind the rather flimsy speaker grille rests a six and a half inch bass/midrange driver, which Insignia calls a “subwoofer” made from Carbon fiber. Sadly neither of these claims is true for it’s not a subwoofer, it has no built-in amplifier for one, nor do I think it’s made from Carbon fiber. Sitting dead center of the Insignia’s “subwoofer” is a one-inch silk dome tweeter. Below the drivers is a large forward firing bass port, which helps give the Insignia its reported frequency response of 50Hz -20kHz, which is hardly a frequency response indicative of a loudspeaker featuring a built-in subwoofer. If anything, the Insignia bookshelf speaker is one speaker that will outright require a subwoofer for full-range music and/or movie playback. Along with its rather pedestrian frequency response, the Insignia has a reported impedance of eight Ohms with a sensitivity rating of 90dB, which makes it pretty much ideal for budget AV receivers such as those sold by Insignia.

If I thought the Insignia’s outward appearance looked familiar, its sound was an immediate blast from the past. I’m not going to lie and say that I had high hopes for the Insignia – after all it’s one of the cheapest loudspeakers I’ve ever seen, but then again so is Paradigm’s Atom bookshelf speaker and it manages not to suck. The Insignia’s entire performance is heavily colored by its cabinet and shoddy build quality, resulting in a hollow, hole-y tone that just isn’t all that natural. The midrange sounds hollow and distant and the high frequencies are downright shrill. There’s no real bass to speak of and what is present is decidedly two-dimensional. About the only thing positive that I can say about the Insignia bookshelf speaker is that it does have a pretty strong center image and some semblance of a soundstage – albeit small. However, all of that goes away in a hurry if you turn up the volume, for the Insignia has little true dynamic capabilities.

Read about the highs and lows of the NS-B2111 bookshelf speaker on Page 2.

Low Points
• The Insignia’s build quality is just terrible and while its outward appearance may appear to be one of class, its construction is on par with a peanut butter and jelly sandwich.
• Insignia misrepresents their bookshelf speaker to potential customers by promising a subwoofer and Carbon fiber, of which it has neither.
• The Insignia’s sound quality is appalling when played back at any meaningful volume. Even at volume levels befitting late night viewing I was still able to tax the Insignia’s cheap drivers and poor construction.
• Even though the Insignias may cost less than $100 it’s not their “true” cost, for one will have to invest in stands and a subwoofer to round out their otherwise limited performance.

Competition and Comparison
Just because the Insignia’s are cheap doesn’t mean they automatically win any value points for there are several equally affordable loudspeakers out there that manage to actually sound pretty good. For instance Pioneer’s SP-BS21-LR Bookshelf Speaker, which is sold right alongside the Insignia, at $129.99 a pair and sound rather pleasing. Polk Audio’s R/T/M Series has bookshelf speakers starting at $179.95 a pair that manage to look as good as the Insignia but back those looks up with proper audiophile performance. Then of course there’s the reigning king of small, affordable loudspeakers in the Paradigm Atom, which at $250 a pair is almost three times more than the Insignia bookshelf speaker but then again it does offer up 10 times (if not more) the performance.

Conclusion
I try not to do this: outright discourage anyone from checking a product out for themselves, but the Insignia bookshelf speaker simply isn’t worth your time and energy – let alone your money. While its price tag is definitely appealing, I’m afraid that’s all it has going for it for about the only thing the Insignia bookshelf speaker is bound to reward you with is buyer’s remorse.

On a side note, whomever is convincing companies to buy and put their name on this mass produced piece of crap masquerading as a loudspeaker deserves a medal, for Insignia is now the second company I’ve come across to claim these pieces of garbage as their own and sell them to consumers with a straight face.

Additional Resources
• Read more bookshelf speaker reviews by HomeTheaterReview.com’s staff.
• Look for AV receivers in our AV Receiver Review section.
• Find a subwoofer to pair with the NS-B2111 in our Subwoofer Review section.