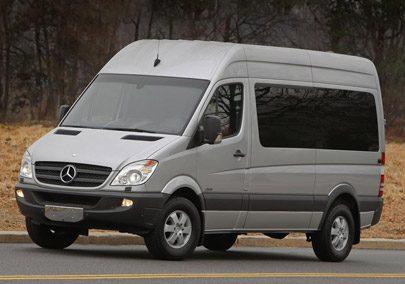 To insiders in the audiophile and custom installation business, Don Krasen is no stranger. At one point in his ever-evolving career, he was one of the top Wilson dealers in the country based in Texas. One of his over-the-top fantastic hybrid audiophile systems, including everything from Wilson X1 Alexandria speakers to Runco video to Crestron and more, was featured in our old publication, ModernHomeTheater.com. The system was as amazing as any we had seen, complete with a three-story "wine angel," which allows one with the guts for it to do his best Tom Cruise in Mission: Impossible impersonation, not to mention Crestron access to the details of the entire wine and sprits collection.

Now Don is on to something new. Something radically new. Upon doing a little research on his game-changing move, some insiders are now calling him "The Audiophile Ice Cream Man." What Don is doing is literally bringing the audiophile store to your front door. Gone is the traditional stereo store. Gone are the totally (or somewhat) unfamiliar acoustics of a new room. Gone is the real or implied pressure to buy right now. Gone is the time limit on a demo. Gone is having to listen to demo material that you don't always relate to or even know. In is a selection of gear specifically selected for you from Don's mighty list of audiophile brands. In is a delivery of audiophile goodies in a Mercedes panel van that is loaded with toys just waiting for you to play with them. In is the idea that you get to make your audiophile decisions on your terms and at your own pace. Literally, Don Krasen is bringing the stereo store home and he might just be on to something.

The sad reality is that the hobby of audiophilia is slow to accept change. Really slow. Most audiophiles want things the way they have always been forever, but those who make their living selling audiophile gear as manufacturers, importers and retailers are suggesting that things need to change for this hobby to remain a profitable business. Prices of handmade low-volume audio components are rising to shut all but One Percenters out of much of the gear out there. Feature creep isn't a problem for many audiophile components, as they often just skip key elements of a modern AV system, like digital room correction, HDMI and Airplay. During audiophilia's heyday in the late 1980s and through the 1990s, as well as when the custom installation business was booming in the mid-2000s during the housing market boom, many a bridge was burned with wealthy and/or enthusiast clients. Jump a few years forward and, despite the meteoric rise in popularity of tablet and mobile devices, there is no direct correlation between these 100,000,000-plus new customers and them becoming dyed-in-the-wool audiophiles like the Baby Boomer Founding Fathers remain today. This have given birth to all-new distribution channels for audiophile gear, including Internet direct retailers who know no regional boundaries, big box retailers picking up popular brands like B&W and MartinLogan, catalogue stores that used to sell needles and turntables and now sell full-blown A-List audiophile lines that years ago would have been unthinkable. The biggest new player in the market is likely Amazon.com, whose omnipresent reach and often free shipping has taken a bite out of specially retailers everywhere. The long and short of it is that things have to change to make the audiophile business as we know it viable and profitable going forward.

Don Krasen is one of the first people to do something radical about the industry's problem with his new mobile model. One of the most key concepts in successful AV retail is what's known as the "attach sale." Made popular by Noel Lee of Monster Cable fame in the 1970s, the attach sale is the idea that selling someone a pair of speakers is one thing, but selling them some profitable speaker cable and interconnects adds icing to the cake. Later, retailers like Crazy Eddie and many others tried to make extended warranties the next great attach sale, but consumers quickly became wary. Imagine the attach sale possibilities of Don and his audiophile ice cream truck. Loaded with AV goodies, demo material, cables, headphones, power products, not to mention speakers, subs and electronics, the truck has a myriad of toys for you to play with in your own domain. You can do A-B tests right in your own listening room. Wanna make it into an audiophile Tupperware party? No problem - bring your buddies over for a listening party. Don will bring the wine. Now, this is some smart new thinking.

Don's not the only person trying to think out of the box in the audiophile community. The owner of one of the all-time-great audiophile stores, Sound Components in Corral Gables, Florida, closed his 10,000-square-foot showroom when the lease was up and morphed his hybrid custom installation and audiophile business into a design center that has both an all-out audio room and a slicker-than-spit custom design boardroom, complete with demos of Crestron, Savant and Control4. Not everybody in the audiophile world was happy with Mark Goldman's decision, and one particular big name dropped him soon after his move. However, he quickly proved that his new concept of lower overhead, new form factor and higher value for his customers was simply more competitive - not to mention more profitable. In New York, legendary Sound by Singer downsized from 8,300 feet of pricey showroom space to far less. Andy Singer has changed the focus of his business and targets more clients online than ever before. In Los Angeles, there is something of an audiophile rebirth. Sunil Merchant's Sunny Components is quickly becoming a destination for high-end audio buyers, but his promotional budget is focused towards local enthusiasts, using social media. Gone are the antiquated "line list" ads in the back of audiophile print magazines; instead, there are now meaningful Facebook posts that allow Sunil to be the life of the online
party known as his social network. In Santa Monica, California, Maier Shadi is putting the finishing touches on an audiophile showroom at Bergamot Station, which is a freeway-friendly locale filled with art galleries, interior designers and art auction houses. Periodically, the parking lot is jammed with rich folk looking to bid on that next Rauschenberg or Warhol. Now, in between bids, they can swing by the Audio Salon and hear some Magicos powered by Spectral via battery power in an acoustically treated room. The money is the same for a Warhol or a pair of Magicos, but who before Maier had the balls to put an audio store in the right place to attract the right people?

Everyone knows that the status quo of audiophilia isn't paying the bills like it did in decades before. That doesn't mean that it can't again. All that it needs is some good old American ingenuity and creative new ways to look at the market. Don and these other maverick dealers are breaking new ground and should be commended for their efforts. The simple fact is that because of iPods, iPads, digital audio and mobile devices, more people love music today than ever, which means there are more potential clients in the market than ever before. Somebody just has to break the time-tested audiophile ways and go get the sales. Don, Mark, Maier, Sunil and others are doing just that, and good for them. Noel Lee already got his next payday with Beats by Dre as he found a way to sell profitable audio to this exciting new audience of music lovers. Now some audiophile dealers want in on the action and, as Gordon Gecko says, "Greed is good. Greed works." Go get 'em, boys.

We welcome your comments. Do you know of a dealer doing something unique that's worthy of comment? What could your local dealer do to earn more business from you? Would you support your local audio dealer making a house call to your AV system? Let us know where you stand in the comments section below. You can use any number of methods, ranging from Facebook to Twitter to your damn library card to sign in to comment. We want to hear from you.