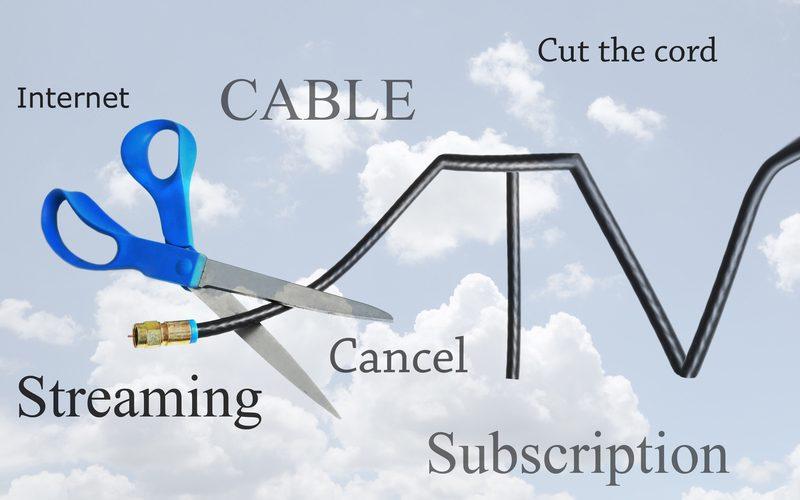 There's no doubt that cord cutting has gained steam over the past few years, but is it really a serious threat to the cable and satellite providers? Jeff Berman asks the experts. 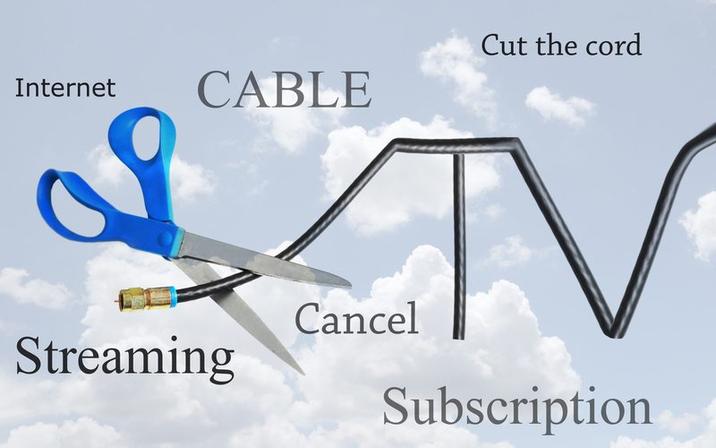 There's little doubt that the number of people who are cutting the cord from cable and other traditional pay-TV services is continuing to grow. Often lost amidst all the reports of widespread cord cutting, however, is the inescapable fact that the vast majority of U.S. households continue to pay for a traditional TV service of some sort, and that's likely to continue being the case for years to come.

For one thing, when you drop your pay-TV service, an antenna that lets you watch only a handful of local TV networks just isn't enough for many consumers. Therefore, you still need to pay for broadband service to access any of the growing number of over-the-top (OTT) Internet streaming services out there--be it a subscription-based service like Netflix that lets you watch older episodes of TV shows and movies for a flat monthly or yearly fee, or one of the increasing number of "skinny bundles" like Dish Network's Sling TV or Sony's PlayStation Vue that let you watch live TV for a flat monthly fee. Many people bundle their pay-TV service with Internet service; if they drop the TV service, the price of the Internet service will rise.

Also, if you like watching a lot of local sports, movie, and/or other entertainment cable channels, it's hard to find a cost-effective way to duplicate exactly what you're used to watching. And if you're just old and set in your ways like me, change is always something to be avoided.

At the end of the day, the fact remains that "the vast majority of people" still haven't cut the cord from traditional pay-TV service providers, said NPD analyst Stephen Baker in a phone interview. Age is a major factor, he said, noting that "you tend to see older people" refusing to give up the cord. Access to live local sports programming is another major factor for many consumers, as are Quality of Service issues. Baker explained why he hadn't cut the cord from his cable company: "Because I watch sports [and] because I want the stream to actually work and not be one of the 10 million people on Twitter complaining" how the online digital stream "fell apart or was all pixelated." Baker added, "I'm willing to pay to make sure that, if I want to watch the football game on Sunday, it's actually going to be on the television."

The Numbers
"We are seeing a major shift in video consumption habits," said Ned Sherman, counsel/director at the Manatt Digital division of law and consulting firm Manatt, Phelps & Phillips, as well as the chairman and founder of Digital Media Wire, when he kicked off this year's Future of Television Summit in New York on September 27. Sherman pointed to eMarketer's recent prediction that, by the end of 2017, a total of 22.2 million U.S. adults will have "cut the cord" on cable, satellite, or telco pay-TV services to date. That would be about a 33 percent increase--or about five million people--"just in this year alone."

At the same time, the number of "cord nevers"--folks who have never subscribed to a traditional pay-TV service--is expected to increase about 5.8 percent this year, to about 34.4 million people, Sherman said, again citing eMarketer.

In announcing its forecast on September 13, eMarketer said that, by 2021, the number of cord cutters will "nearly equal the number of people who have never had pay TV." It pointed out that younger viewers are continuing to switch to either exclusively watching OTT video or watching it in combination with free TV options.

Still, eMarketer projected that a whopping 196.3 million U.S. adults will watch pay TV (cable, satellite, or telco) this year, down just 2.4 percent from 2016. By 2021, that total will fall almost 10 percent compared with five years earlier. Underscoring just how much older viewers are expected to keep pay-TV services afloat, eMarketer projected that the number of U.S. pay-TV viewers 55 and older will continue to rise throughout the forecast period, while the tally for every other age group will decline.

Earlier this year, Kagan said that cord cutting "accelerated" in the fourth quarter of 2016. The research group estimated that the combined cable, satellite, and telco sectors lost 460,000 video customers during the period, bringing the overall 2016 decline to a record 1.8 million. However, Kagan added that cable "remains on the rebound, posting its third straight year of decelerating losses, and the multichannel drop is reduced to 950,000 when removing the impact" of Sling TV.

Co-Existence Is Possible
In a news release, Peter Cunningham--the technology, media, and telecommunications practice lead at J.D. Power--said, "Although it seems like the world is consumed with the idea of cord-cutting in the wake of Hulu's first Emmy and the proliferation of new shows on Netflix and Amazon, the number of current pay-TV customers who plan to cut the cord has actually declined, and the number of hours spent watching old-fashioned, time-slot television is growing."

J.D. Power was also "seeing a trend toward the co-existence of traditional and alternative service providers, with each offering some lessons to the other on how best to drive an increase in customer satisfaction." According to a J.D. Power poll, the percentage of customers who said they planned to cut the cord on pay TV during the next 12 months declined to eight percent this year from nine percent in 2016.

The Impact on CE/Tech Devices
The growth in cord cutting has had at least some impact on the sale of consumer technology devices, but attaching specific sales of consumer technology products to cord cutting is "pretty hard," said NPD's Baker. "From a usage standpoint, we see people" using the smart functionality on their TVs more, and "we see some growth" in TV antenna sales, which is "likely the result of cord cutters," although it's "hard to say" for certain. And it's only "single-digit kind of growth" that's being seen for antennas, he added.

The Consumer Technology Association (CTA) research conducted in July showed that 21 percent of U.S. online adults used an antenna to source video content at home, Steve Koenig, CTA senior director of market research, told me by email on September 29. In comparison, 65 percent said they had pay TV, and 53 percent said they used a subscription video on demand (SVOD) service like Netflix. He noted that the data was based on an online national sample of 1,013 U.S. adults. The CTA has projected that U.S. antenna sales volume will grow seven percent in 2017 to eight million units and will grow another five percent, to 8.4 million, in 2018. Among the 21 percent of U.S. online adults who viewed over-the-air (OTA) programming at home, nearly one-third (32 percent) said that cutting the cord with pay TV was why they initiated OTA viewing.

Meanwhile, sales of Roku and other streaming players are "flat to up a little bit" from last year, NPD's Baker said. "Clearly, that's another sign of, at a minimum," an increase in over-the-top TV viewing, he noted.

The revolution that's taking place in how people are viewing video content has already had some impact on TV sales. After all, if your kids are watching all or even most of what they want to watch on their smartphones, tablets, and computers, they don't necessarily need to have a TV in their room. Therefore, it seems likely that consumers will increasingly cut back on buying new TVs for their kids' bedrooms and other secondary rooms. But it's hard to gauge just how much of an impact cord cutting has had on TV sales. Baker explained, "We've been looking for evidence" of cord cutting hurting TV sales, and "sometimes we see it and then sometimes we don't." But he added: "In general, I think that what you will see over time is a continued decline in smaller-screen televisions, which are likely to be replaced by smaller-screen devices--PCs, tablets, phones--that are more mobile inside the home ... We don't think at any time in the near future that the big, main television in the house ... is going to go away." No consumer survey he's seen has shown evidence that any group of people, millennials included, doesn't want a big-screen TV in their main family room. Many people continue to crave some form of "communal" experience watching certain video content, and the only way to do that is usually with a big-screen TV, Baker said, adding: "Crowding around the smartphone is not probably the best solution for the family." NPD, therefore, remains "pretty bullish about the future" of TVs 55 inches and larger, which even millennials are continuing to buy.

Should We Even Care if Cord Cutting Grows?
From the perspective of how consumers are using hardware, "I don't think it makes a lot of difference" if they're cutting the cord, "shaving" the cord, or watching TV shows on an OTT basis without paying for a traditional pay-TV service, Baker said. The concept of a cord never may also be overstated. After all, as Baker pointed out, many younger viewers are growing up in homes where their parents are paying for traditional TV service, and they may continue using their parents' passwords to watch content on their own personal devices. Whether those younger viewers, therefore, can truly be classified as cord nevers is open to debate. It remains to be seen what they will do when they can no longer use other peoples' passwords--for example, if companies start cracking down on that capability somehow.

In the end, the issue of just how popular cord cutting becomes over the next few years may only be of concern to the providers of traditional pay-TV services. But even there, it's becoming less of a factor to some. Dish, after all, has Sling TV; and, if the company is able to transition a huge number of its satellite customers to that OTT service, why should it care where the revenue comes from? Likewise for DirecTV NOW. Meanwhile, an increasing number of traditional pay-TV service providers are becoming less dependent on their pay-TV services due to the health of their broadband and cellphone service businesses, as well as the increasing amount of consolidation that's taking place in the media sector. Just think of Comcast and the fact that its transition into a conglomerate means that it also owns theme parks, NBC and other TV networks, and Universal Pictures. Then there's the impending merger of AT&T and Time Warner that will bring DirecTV under the same roof as Warner film and TV content. It's safe to say that the content business as a whole is evolving, and "pay TV versus OTT" is just one small piece in a large, complicated puzzle.