Andrew Robinson tried out the JBL ES10 on-wall loudspeakers in his review system and found that they are a tempting proposition, despite a few areas where the loudspeaker was lacking. 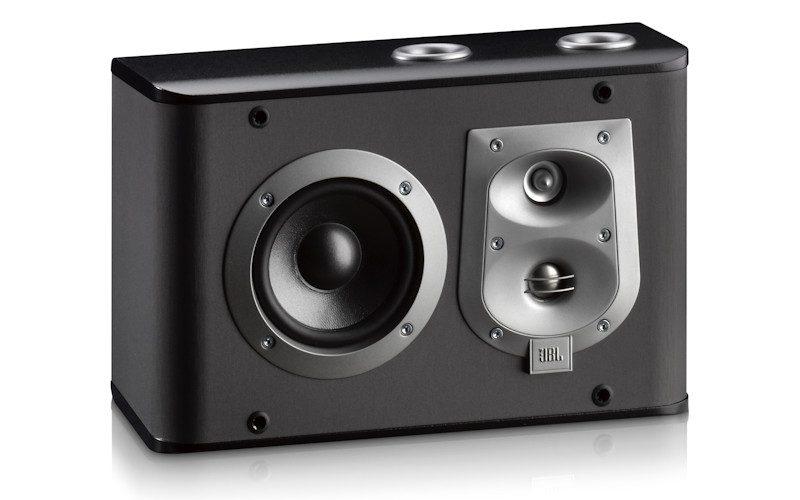 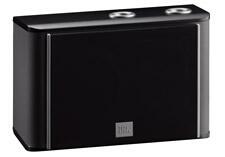 A quick glance at JBL’s ES10 on-wall loudspeaker is enough to conjure up images and memories of some of the brand’s more iconic past efforts; efforts such as the C60 and some of their other well known studio monitors. I don’t consider myself to be a JBL aficionado but I am a fan, for my first home theater years ago utilized JBL loudspeakers, albeit professional theater monitors (I worked at a movie theater) but JBLs nonetheless.

The ES10 is a three-way on-wall loudspeaker that retails for $329 a pair and is sold direct with free shipping via JBL’s own website. They’re a rectangular affair measuring eight inches tall by 12 inches wide and five and a half inches deep. Despite being somewhat bulky by on-wall standards, the ES10’s rounded edges and aluminum colored accents dress up this otherwise monolithic monitor. I use the term monitor because the ES10 can just as easily be placed on a stand, shelf or better yet desktop if an on-wall setup simply isn’t in the cards. The ES10 come in three finish options: black, beech and cherry. Behind the grill rests a four-inch low-frequency driver mated to a three quarter inch titanium high-frequency driver and a three quarter inch ultra-high frequency driver. The ES10’s reported frequency response is 65Hz to 40kHz with an efficiency of 86dB into an eight-Ohm load. JBL recommends that you power the ES10s using no more than 100 Watts, which puts them in the ballpark of most every modern AV receiver or budget integrated amp. Also, due to their limited low end ability you’ll probably need to augment their bass performance with a subwoofer or two. Thankfully JBL has a few to offer should you want to keep things in the family.

In terms of sound the ES10 are decidedly JBL, possessing the house sound that is punchy and dynamic with an emphasis on rock and roll. Not that the ES10s can’t play other genres of music but I wouldn’t classify them as being the subtlest of loudspeakers. While this might not bode well for fans of classical music, it will suit fans of popular music and Hollywood blockbusters quite well. The ES10’s midrange performance is full and forward but not aggressive. The high frequencies are largely smooth with a touch of airiness that is nice, though at the extremes things do flatten a bit. Bass is round and punchy though surprisingly not that deep; it serves mostly to lend a hand to the ES10’s lower midrange, which without it would most likely seem anemic and too forward. Anyone contemplating buying a pair of ES10s should definitely consider a capable subwoofer as part of your purchase. Dynamically the ES10s are lively and in terms of soundstage they’re respectable but by no means class leading. Still they do possess a fairly solid center image, which is nice.

Read about the high points and low points of the JBL ES10 on-wall on Page 2. 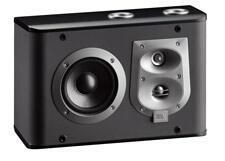 High Points
• The ES10’s visual appearance is unique among on-walls that while definitely “chunky,” harkens back to a more classic era. I’m willing to bet fans of a more vintage look will like the ES10.
• The ES10 is easy to install and power but unlike most on-wall loudspeakers it’s just as comfortable serving as a studio monitor or desktop speaker.
• The ES10’s sound is fun and lively. There is a simple richness to everything that is largely polite in nature, making it a friendly speaker to a lot of today’s modern pop and rock recordings, not to mention low resolution downloads such as those available on iTunes. Hollywood blockbuster fans will also find a lot to like in the ES10, provided they’ve brought a subwoofer to the party. I should point out that while it may sound like the ES10 is the ultimate party on-wall, it should only be used in small to medium rooms for you can push it too hard and when you do things become a little flat.

Low Points
• For an on-wall, the ES10 sure doesn’t seem too keen on this whole LED inspired “thin is in” nonsense, for it’s five and a half inches deep.
• While hipsters will like its looks, there are far better looking on-walls available, not to mention ones that appear to be or are made from better, more luxurious materials. The ES10 is very plastic fantastic.
• At $329 a pair the ES10s aren’t the most affordable on-wall loudspeaker I’ve seen and when you account for its need for a subwoofer, it quickly loses more of the value argument.

Competition and Comparison
As much as I like the idea and aspects of its sound, the ES10 faces some competition at its chosen price point. For instance, Paradigm’s Cinema 330 on-wall loudspeaker is a more compact design, made to a higher standard and from the midrange on up sounds more sophisticated when compared to the ES10. While the Cinema 330 may cost more ($299 each) and not play as low as the ES10, I still think it has greater versatility and universal appeal, making it easier to recommend. Another on-wall loudspeaker to consider is Magnepan’s MMGW, which at $299 a pair is arguably the best deal in all of hi-fi. Sure the MMGWs need a subwoofer (you were buying one anyway) and yeah they’re tall and a bit old fashioned looking; the fact remains they’re cheap, super thin and every bit as audiophile sounding as other Magnepan designs. Of course the ES10 isn’t the only on-wall JBL makes – there’s also the L820, which at $650 a pair is almost double the ES10’s asking price, but then again they’re more than double the performance – not to mention better looking and better constructed. I should know for I used the L820s in one of my reference systems for years and had absolutely zero complaints.

Conclusion
At $329 a pair delivered to your door free of charge from JBL’s own website, the ES10 makes one heck of a tempting proposition. An on-wall loudspeaker with vintag
e appeal and a fun, upbeat sound – sign me up. So long as you’re into that type of sound, are looking for an on-wall to place in a small to medium room and have money left over to buy a subwoofer, then I say go for it. However if your tastes lean more towards classical music, you have a larger room and want a bit more finesse and refinement, not to mention bass, then perhaps you should look elsewhere. The ES10 is worth a look and even a listen but there are other options available.