New custom color profiles mean that tone mapping will be better than ever when you combine a JVC projector and Panasonic flagship UHD Blu-ray player. 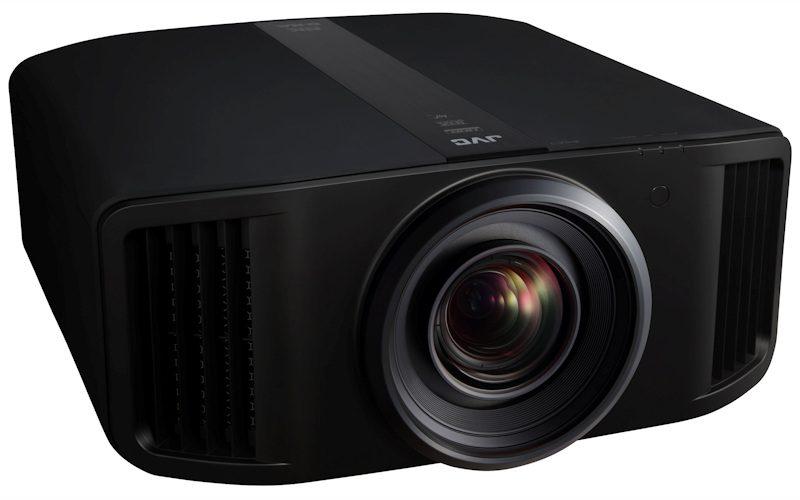 As Dylan pointed out in his review of JVC's DLA-RS2000, doing HDR right with a front projector and screen isn't easy. Since most projectors don't deliver the brightness of a halfway decent TV once you get above a certain screen size, doing front-projected HDR requires some tone mapping. And it isn't easy to keep that from being a bit of a guessing game.

That's where JVC's new collaboration with Panasonic comes in. The two companies have announced that JVC's 2019 D-ILA 4K projectors will be updated via firmware to include a custom color profile designed to work with the HDR Optimizer of Panasonic's flagship DP-UB9000 UHD Blu-ray player.

More details from the press release:

A key feature in Panasonic's DP-UB9000 Ultra HD Blu-ray player is the HDR Optimizer, which tone maps HDR10 content based on the metadata to match the capabilities of a display. To achieve optimum HDR image quality when the player is connected to a compatible JVC projector, users select one of two dedicated color profiles developed specifically for the Panasonic 4K Ultra HD player. The profiles work in conjunction with the player's HDR Optimizer to deliver the best possible HDR images.

Several titles do not include MaxCLL and MaxFALL (HDR10 metadata). In those cases, the projectors' dedicated color profile works with the Panasonic HDR Optimizer to deliver optimum HDR image quality.

"The Panasonic DP-UB9000 has been widely praised as the gold standard among Ultra HD Blu-ray players, and its HDR Optimizer works beautifully with our projectors to deliver stunning HDR images," said Fred Zecha, General Manager, Custom Installation Sales, JVCKENWOOD USA Corporation. "By including custom color profiles specifically designed for the Panasonic player, performance is further improved by optimizing HDR content for the player/projector pairing and the result is truly cinema-quality images."

"The JVC native 4K D-ILA projector and the UB9000 with its unique features are a great fit. We are very excited about this collaborative effort to bring consumers the best in home entertainment," said Bill Voss, Business Development Manager, Panasonic Consumer Electronics Company.

For 2019 JVC D-ILA 4K projectors currently in use, the dedicated Panasonic DP-UB9000 color profiles will be available this month via a firmware upgrade, while projectors in production will be shipped with new version firmware.

The 2019 JVC projector line is comprised of six models in the Procision and Reference Series, and includes the DLA-NX9 and DLA-RS3000 with 8K e-shift technology. Model numbers and retail prices are: