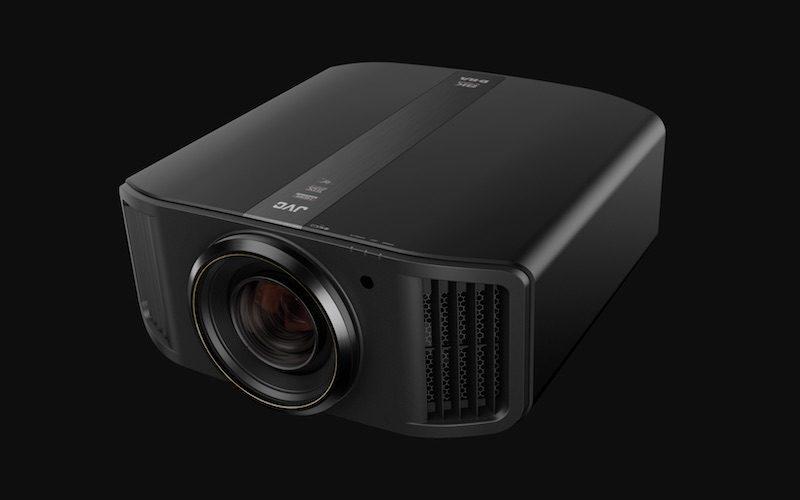 JVC has released its Theater Optimizer, an upgrade for its Native 4K and 8K e-shift projectors. The update enables users to input their screen size and gain information so that the projector will adjust its brightness within the Frame Adapt HDR function. Users should also appreciate the new Content Type menu, which enables the projector to automatically select the best Color Profile for the content being viewed. Theater Optimizer will be available as a free firmware upgrade starting in November, and is compatible with the DLA-NX5, DLA-NX7, DLA-NX9, DLA-RS1000, DLA-RS2000 and DLA-RS3000.

JVC reinforces their leadership position in innovation and customer support by making this updated Frame Adapt HDR with Theater Optimizer available as a free firmware upgrade in November 2020 for all customers with the following models: DLA-NX5, DLA-NX7, DLA-NX9, DLA-RS1000, DLA-RS2000 & DLA-RS3000.

Color grading of HDR10 content varies depending on the source material. Optimal viewing can be difficult as the brightness of this content also varies dramatically. Using JVC's original algorithm, Frame Adapt HDR instantly analyzes the peak brightness of HDR10 content (including Dolby Vision titles) and adjusts the optimal dynamic range in real time. All HDR10 related picture settings are automatically fine-tuned for the best on-screen image with no need for user adjustment.

Each projection home theater environment is unique, as is each projector. Image brightness varies from system to system, and changes over time. JVC's new Theater Optimizer is a smart function that addresses these distinct characteristics.

Theater Optimizer allows the integrator or user to input the screen size and gain information, which varies depending on the theater design, and then calculates installation information such as lens zoom position, and lamp condition and settings. It then automatically adjusts the projector for optimum tone mapping and brightness. By adding this function to Frame Adapt HDR, JVC allows each user to enjoy HDR10 content matched to the viewing environment without complicated manual adjustments.

18-bit level gamma processing is maintained while the feature is in use, bringing out deeper blacks in darker scenes, and higher peak whites in brighter scenes, along with the most realistic color, to reproduce high precision images with smooth gradations.

In response to user requests, the upgrade offers newly added settings and improved menu operations with this firmware update. Frame Adapt HDR brightness adjustment has been increased to five steps (previously three steps), and users can choose the picture mode according to input signals.

Complicated individual manual settings that were required in the past are now eliminated. With the newly added functions, users can easily enjoy powerful HDR images with these JVC projectors.

Check the following items before executing the firmware update.
* This firmware is intended for users with firmware "Ver 3.49 or earlier".
* After updating the firmware, you cannot revert to the previous version. In addition, each setting is reset to the factory default settings. Please perform firmware update only when you need new features.