Later this month, AmTRAN will introduce the first JVC-branded 4K Ultra HD TV, the DM65USR. This TV has a direct LED backlight system with local dimming, a 240Hz refresh rate, and support for 10-bit color. It comes with a Roku... 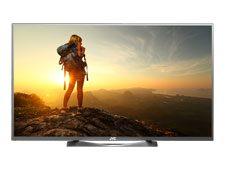 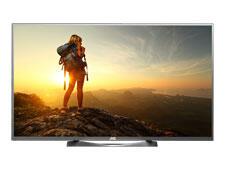 Later this month, AmTRAN will introduce the first JVC-branded 4K Ultra HD TV, the DM65USR. This TV has a direct LED backlight system with local dimming, a 240Hz refresh rate, and support for 10-bit color. It comes with a Roku Stick for smart TV functionality. The DM65USR will carry an MSRP of $1,999.99

The JVC DM65USR with its 4K UHD display incorporates a direct LED backlight and 10-bit color capabilities for greater dynamic contrast and the most accurate color reproduction available today. Its 3840 x 2160 resolution is crisp, detailed and most important, utterly lifelike.

With Ultra HD content steadily working its way into the mainstream, the majority of consumers still rely on HD programming, which is why JVC designed its Ultra HD TVs with a unique upscaling technology that boosts standard HD picture quality to near Ultra HD levels. The result is an image that sets an exponentially higher bar for viewing than any previous technology.

In order to ensure a contrast ratio that is on par with all the stunning benefits the new format has to offer, JVC’s DM65USR employs an advanced local dimming feature that offers scene-by-scene adjustment of the backlighting to deliver deeper blacks and increased contrast. The result is an image that is undeniably lifelike.

Also featured is JVC’s on-board XinemaSound 3D system, a proprietary suite of acoustic and digital signal processing technologies that elevates audio performance far beyond what was thought possible, making an outboard audio system an option rather than a necessity. With power rated at 15W x 2, the result is unlike anything previously experienced from built-in TV speakers.

The DM65USR comes equipped with Consumer Electronics Control (CEC) capabilities – a feature that allows end-users to easily control as many as 15 CEC-compatible HDMI devices, including the popular Roku Streaming Stick, which is included free of charge with the DM65USR. To make navigation of the diverse selection of available apps even easier, each of the new displays comes with a sleek remote control that features a full QWERTY keyboard. A total of five HDMI inputs are included: one HDMI 1.4 port and four HDMI 2.0 ports with HDCP 2.2 content protection.