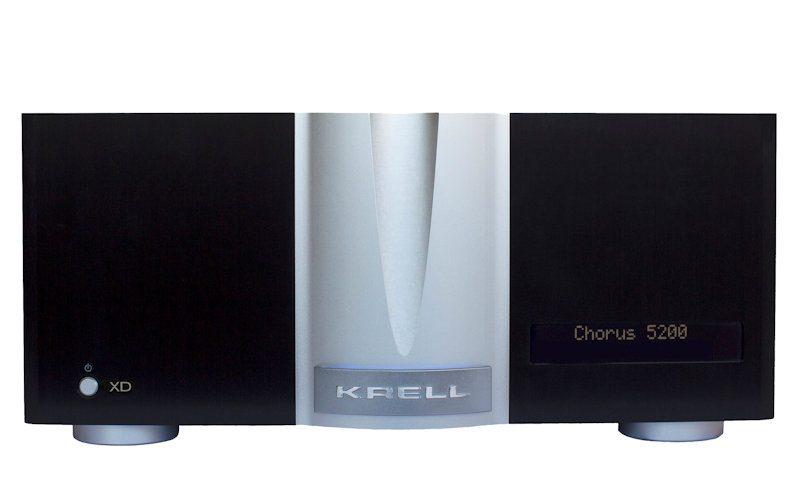 My first experience with Krell's iBias technology was when I reviewed the company's entry-level Theater 7 multichannel home theater amplifier. The technology maintains the best parts of Class A amplifier topology and also minimizes its downsides. With Class A amplifiers,... 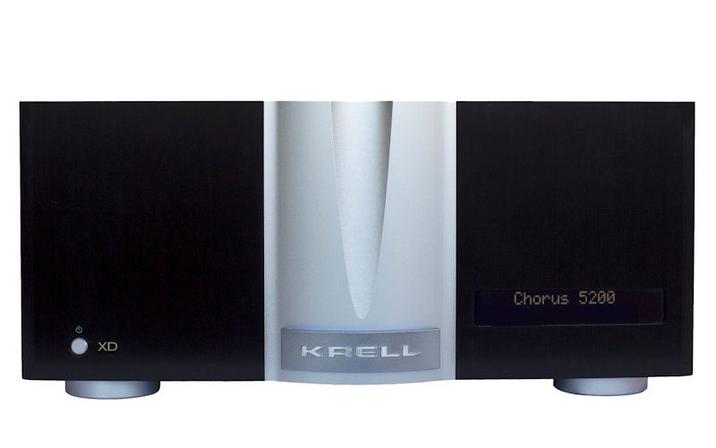 My first experience with Krell's iBias technology was when I reviewed the company's entry-level Theater 7 multichannel home theater amplifier. The technology maintains the best parts of Class A amplifier topology and also minimizes its downsides. With Class A amplifiers, the power is always turned on, making for a pristine sound that is unadulterated by crossover distortion. However, the drawback of having the power turned on one hundred percent of the time, regardless of whether there is an audio signal coming in for it to amplify, is that much of that power is dissipated as heat. This is energy inefficient and makes for a very hot amplifier. Krell's iBias technology is designed to sense the signal coming in and deliver exactly as much power as is needed, so only a minimal amount of energy is wasted as heat.

But while the iBias technology is still cutting edge among amplifier designs today, Krell is not a company to rest on its laurels. Through developing the K-300i integrated amplifier reviewed here by Dennis Burger, Krell found out they could make improvements on the already superb sounding iBias amplifiers by lowering the output impedance. They call this technology XD, which stands for (Xtended Dynamics, Xtended Dimensionality, Xtended Detail). As a marketer in the consumer packaged goods industry, I'm inundated with marketing language, which XD screams out as. But sometimes, a product does deliver on its promises, however grandiose. I wanted to find out whether this was true with Krell's new XD amplifier line, specifically the $9,500 Krell Chorus 5200 XD.

The Hookup
Consistent with Krell's naming practices for the Chorus product line, the 5200 XD is a five-channel offering with 200 Watts per channel into eight ohms. With speakers that have four ohms of nominal impedance, like my Salk Signature Soundscape 12 speakers it will deliver up to 360 Watts per channel. The amplifier weighs a whopping 85 pounds, but build quality is top notch and the chassis is beautifully machined, in black carbon color with a slight sheen on it to add to the elegance of the design. The Chorus 5200 XD includes both Balanced XLR and standard RCA inputs. Four fans sit atop of the speaker outputs for cooling.

Performance
Right off the bat, I set up the same torture test for the Chorus 5200 XD I did with the Theater 7. Namely, I turned off my subwoofer and set my Salk Signature Soundscape 12 speakers to full range, forcing the Krell to deliver all its required power to all five speakers, including the Salks at front left and right (with their twelve-inch woofers providing deep bass), a Martin Logan Theater i center, and a pair of B&W CM6S2 speakers for surround.

I loaded up my go-to movies with bass heavy soundtracks like The Dark Knight (Warner Brothers) and Tron: Legacy (Disney).


On The Dark Knight, the explosions and heavy bass drums in the background music literally shook my walls. And while the Theater 7 was more than adequate at delivering on the bass, the level of control and quality of the bottom end was on a whole other level with the Chorus 5200 XD. It delivered on the richness and finesse of The Dark Knight's orchestral score as well as the high energy and edginess of Tron: Legacy's techno music.

Dialogue was also crystal clear. It was like I could hear every grain in Christian Bale's gritty Batman voice whenever he was in costume. I should note that even in the scenes with the greatest dynamics, the Chorus 5200 XD was barely warm to the touch, despite the fact that I never heard any of the fans operating.


Switching over to some multichannel music, I played Wynton Marsalis' album Marsalis Standard Time Vol. 1 (Columbia, SACD). The Chorus 5200 XD deftly controlled all the disparate elements in the jazz ensemble. It delivered a taut and well-defined rendition of Hurst's double bass. It captured the at times smooth and otherwise scratchy sounds of Marsalis' trumpet. The amazing thing was the dimensionality of the soundstage. It was deep and wide and in your face like I rarely hear with my speakers. On softer passages, I also noticed how quiet this amplifier is. Again, I did not hear the fans working, nor did I ever hear any static or other noise in the background--just the music. Further testing with some high-resolution tracks revealed more of the same: splendid sound with no audible distortion.


The ATI Signature amplifier series presents some formidable competition for the Krell. You can opt for the AT6005 five channel amplifier for $3,400 less than the Chorus 5200 XD. Or go for the AT6007 seven channel version, still saving $2,000 versus the Krell and getting two extra channels. Like the Krell, you will likely never run out of head-room with this beefy amplifier. But the ATI is a Class AB amplifier design, and won't give you that sought-after Class A sound that the Krell does. And at 116 pounds for the five-channel amplifier and 136 pounds for the seven-channel version, the ATI will break your back if you try to install it by yourself.

Krell has also upgraded the Theater 7 amplifier I previously reviewed with its newer XD technology. Despite giving you two extra channels of amplification, the Theater 7 costs a good bit less. You can expect similar sound quality. But what you give up is power, as the Theater 7 XD puts out 100 Watts per channel compared to the 200 Watts that the Chorus 5200 XD delivers. Some many not need the extra power, but with especially hard-to-drive speakers, or larger rooms, upgrading to the Chorus 5200 XD may be more than justified.

Classé's CA-5300 amplifier (reviewed here) is another high powered, superb sounding five channel amplifier. Word is that Classé will be launching an updated version of this amplifier soon, but the current iteration already sounds great. It retails for around the same price as the Chorus 5200 XD, and is built using a different technology that Classé calls ICTunnel to regulate heat.

Conclusion
The Chorus 5200 XD amplifier was able to drive my speakers effortlessly, like I rarely hear with any multichannel amplifier, delivering a level of control that matched that of my massively overpowered Crown I-Tech 8000 amplifier Simultaneously, it delivered reference quality sound that was well refined, balanced, and utterly articulate. While $9,500 is quite a substantial amount to spend on a home theater amplifier, the Krell Chorus 5200 XD is unsurpassed by competition in or near its price range, at least in my experience. If you are looking for a top-shelf home theater amplifier under $10,000, the Krell Chorus 5200 XD amplifier should be the first place you stop to listen.