Krell has been making preamplifiers for a long time, but with the modular nature of the company's new Phantom III preamplifier, Krell offers its first unit to feature digital options for the consumer to take advantage of. 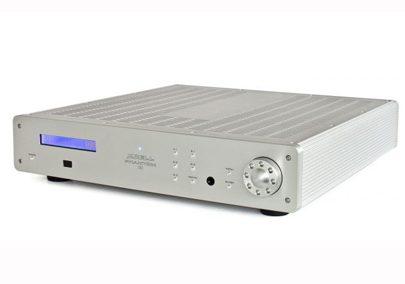 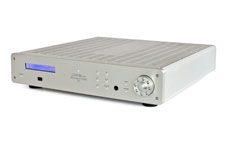 Krell has just introduced the new Phantom III stereo preamplifier. The Phantom III is the first Krell preamplifier to include either an optional digital input module or a headphone input. The digital module features AES/EBU, coaxial, and optical digital inputs for use with streaming devices or other digital sources.

The Phantom preamplifier is a dual monaural design with the left and right channels afforded their own power supply regulation and individual circuit boards. All signal gain is executed with surface mount technology using proprietary multiple-output current mirrors with nearly 500 times the open loop linearity of other designs. Featuring 700 kHz bandwidth in a balanced Krell Current Mode design, the Phantom III shares the same design philosophy as its bigger brother, the flagship Phantom preamplifier. Negative feedback is not used anywhere in the preamp, nor is it necessary. Open-loop distortion is reportedly less than 0.003%. The headphone circuitry is identical to the main circuitry, with goal being to offer private listening that features the same performance as speaker playback.

The digital module supports up to 24 bit/192kHz LPCM. All digital signals are fed to an ESS Sabre DAC and then sent to Krell’s Current Mode, discrete, balanced analog circuitry.

Oversized for a preamplifier, the power supply features a 95 VA transformer and 40,000 µF of capacitance giving it the ability to respond quickly to musical demands. A new eco-friendly standby mode reduces power consumption to 2W.

The Phantom III preamplifier is offered in Krell’s diamond-cut silver or a black finish.