Way back in the early days of high-resolution digital music, David DelGrosso figured out a way to deescalate the impending format war before it even began. But no one listened. 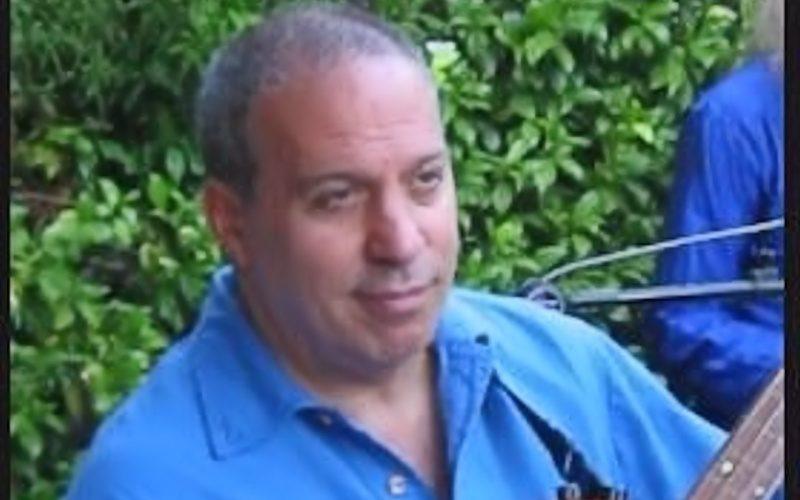 Last week, I had lunch with AudiophileReview.com Music Editor Mark Smotroff here in sunny yet breezy Santa Monica. Over tasty crab cakes and nicely steamed artichokes at Ivy at the Shore, I sadly learned that my first advertiser ever, David DelGrosso, had died in April. He was too young, as they always say, despite the fact that he had many other maladies in the years since his tenure with DTS. David had a wonderful career in the specialty AV business in its best era. He made a name for himself at Alpine car audio back in a time when you wouldn't have anything less than an Alpine head unit in your 1984 Lamborghini Countach. David was better-known for his work during the early days of DTS. His legacy was just epic. He helped promote high-end surround sound on Laserdisc thanks to a little-known 1993 Steven Spielberg movie called Jurassic Park that pretty much put DTS on the map for surround sound in the movies as well as in all of our home theaters. David lugged his butt on to one-too-many planes headed to Japan and China to basically convince those folks that having DTS in a $4,000 (at the time) receiver wasn't crazy, which was foundational to the high-end receiver business through the rest of the 1990s. But that wasn't the best of what David did for our industry; he was also in charge of DTS Entertainment, the record label that powered the whole HD music and surround sound movement in the 1990s. He touched so many key parts of our industry in more way that most AV enthusiasts could have ever knowm. But they should know.

To me, DelGrosso's biggest AV industry legacy is that he made a valiant attempt to deescalate the DVD-Audio versus SACD format war before it really got started. Mind you, DTS always fought format matters with Dolby. It was often David and I versus my beloved friend Bob Stuart from Meridian and Dolby exec John Kellogg at far too many trade show panels discussing the future of surround sound. We would battle it out in public with enthusiasm and hopefully a modicum of professional respect. David and Bob would play the role of good cop most often. John and I would throw intellectual haymakers with often somewhat entertaining results. In the end, the true result in the disc-based HD audio format war was exactly what David prophesized.

In an era where DVD-Audio and SACD were massively flawed (SACD's DSD was great for two-mic, audiophile recordings but lacked video of any sort, while DVD-Audio required a new player and upwards of nine cables) but David had a solution. He pointed out that at the time, with roughly 93-percent market penetration for DVD-Video, DTS could provide a better solution: 5.1 or 7.1 16- to 24-bit surround sound with 3:1 compression when Dolby was pushing 12:1 compression. DTS on a DVD-Video disc could add in a 96 kHz/24-bit audiophile stereo track while also providing added value like music videos, live video performances with video (often with surround mixes), as well as interviews with the band and HD images to play on-screen in an era when we didn't even have HDTVs. What's more, we could have had this all on a disc that sold for the cost of a CD and played with one-cable connectivity and didn't need the masses to replace their disc player or their stereo or AV preamp. Imagine Tower Records or Virgin or Sam Goody or wherever replacing outdated Compact Discs with copy protected music discs with video content, HD surround sound content, HD two-channel tracks, and more. This is what David envisioned. But he ponytailed, Ferrari-driving, Baby Boomer record label executives who couldn't stop talking about "collusion" among the then four major labels couldn't get out of their own way, and what we ended up with was a pointless audiophile format war that ended in a total lose/lose outcome. I am about to put all of my old SACD and DVD-Audio discs up for sale soon, which is a very sad commentary from someone who was very much a part of the effort to get more music to AV consumers in HD formats.

David made some foolish decisions that quickly put him in harm's way, though. DTS pretty much screwed him when they went public, in that they judged him on his performance at the embryonic stage of DTS Entertainment instead of respecting the fact that he was the outward face of the company to the electronics side of the business, to the AV dealers as well as Hollywood studios and the major record labels. I will never forget the fact that a last-minute $17,000 investment (it was the dotcom era and this was my only invite behind the curtain to the world of Wall Street IPOs) made me far more money than David did at the offering, even with selling the stock 45 minutes after it went public. David foolishly quit at DTS in protest without having a backup plan, and that is never a good idea no matter what type of career you might have. Without insurance, his health failed quickly. He didn't want to be part of the specialty AV industry ever again. Hell, I tried to hire him to come work with me a dozen times with no success. I could have gotten him a dozen more jobs elsewhere in the industry, but he wasn't into it. Not one bit. He became very ill very quickly and stayed that way most of his remaining years. It was painful to watch, even from a distance. With audio-industry and music-industry Baby Boomers coming to the end of their careers in the next decade or so, we badly needed the voice of David DelGrosso today. This man could see the future and knew how to get there. He should have been at the head of a major AV company. Sony would be so much more soulful, mindful, and powerful under the control of CEO like David DelGrosso. Harman/Samsung would be headed in a whole other direction today under his advisement. Everyone would have benefited from David's touch. He could have been a beacon of light for anybody who trusted his insight.

On April 11, 2019, a Detroit Pistons fan who loved our industry as much as anybody passed. He changed my career in ways that I could have never understood at the time and likely still don't fully get today. Even if you've never heard the name David DelGrosso, if you are an AV enthusiast you have paid a high price by his early departure. Personally, I will never forget his impact on my life. He is on the short list of people who made it possible for me to accomplish what I have in my 25 plus years in the business.