Despite sluggsh sales and production challenges, LG remains committed to OLED TVs, at least for now. The company has officially introduced its newest and lowest-priced model, the 55-inch, 1080p 55EC9300, which carries a suggested retail price of $3,499 and will... 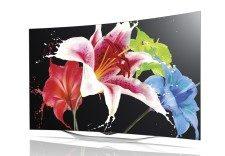 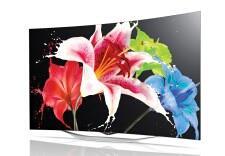 Despite sluggsh sales and production challenges, LG remains committed to OLED TVs, at least for now. The company has officially introduced its newest and lowest-priced model, the 55-inch, 1080p 55EC9300, which carries a suggested retail price of $3,499 and will be available before month’s end. It’s the third OLED TV that LG has debuted in the past year and the first to include the new Smart TV+ webOS connected platform. And, as you can see from the photo, it’s curved.

From LG
As other TV manufacturers abandon plasma and struggle with OLED production, LG Electronics is reinforcing its leadership in this premium display technology with the official U.S. launch of its next-generation OLED TV.

The all-new 55-inch class (54.6 inches measured diagonally) LG Curved OLED TV (Model 55EC9300), will be available beginning this month at various retailers nationwide at a suggested price of $3,499. Best Buy will be the first dealer to sell the new LG model starting on Aug. 24 and is taking pre-orders now on BestBuy.com.

This marks the third OLED TV that LG has released in 13 months, further cementing its market dominance in this new display category, while also making the technology more affordable than ever before to consumers. In fact, even with new features and design enhancements, the 55EC9300 priced more than 75 percent lower than LG’s first-generation 55-inch class model, which first sold for $14,999 a year ago.

“LG is the only manufacturer to make big screen OLED TV a reality, and we’re prepared to help them usher in a new era of TV technology,” said Luke Mothschenbacher, Merchant Director of Televisions at Best Buy. “Best Buy is enthusiastic about this OLED TV because LG has combined incredible picture quality with an unparalleled cosmetic design that we know will appeal to our customers.”

The 55EC9300 is the first OLED TV to feature the intuitive new LG Smart TV+ webOS™ connected TV platform,* which is an interface designed to offer consumers lightning-quick transitions between broadcast TV, streaming services and external devices, with speeds similar to regular channel switching. The webOS platform also includes recommendation capabilities to help consumers sift through its expansive content options, which include streaming services like Netflix, YouTube, Amazon Instant Video, Hulu Plus and more. Consumers can control everything on their Smart TV with the easy-to-use LG Magic Remote, which works with simple gestures, point and click, scroll and voice commands.

The new 55-inch class LG OLED TV is amazingly thin – 4.5 millimeters at its thinnest point (11/64ths of an inch) or the depth of a few credit cards – and its gentle curved screen makes quite a design statement. Thanks to its frameless, bezel-less “Cinema Screen” design, the picture goes virtually from edge to edge. The 55EC9300’s updated design attributes include a streamlined new stand and, unlike previous curved OLED TVs, this newest model can be wall-mounted, giving customers flexibility in their choice of how to display the TV to best fit their needs.

The energy efficient 55EC9300 is among the first OLED TVs to be ENERGY STAR® certified, according to the U.S. Environmental Protection Agency. In energy saving modes, display brightness adjusts automatically to the viewing environment. According to the Federal Trade Commission’s “Energy Guide” label, the LG 55EC9300 has an estimated yearly energy cost of only $17.**

“OLED TV represents a major breakthrough in display technology. And in the wake of plasma’s decline, it’s more important than ever to bring OLED to consumers who are looking for the highest level of contrast and color performance,” said Dave Vanderwaal, head of marketing at LG Electronics USA.

“As the worldwide leader in OLED TV, we’re proud to start to bring this amazing technology into the mainstream for U.S. consumers,” he said. “Due to manufacturing efficiencies, LG’s 55-inch curved OLED is now priced comparably to curved LED TVs on the market, but with improved picture quality benefits.”

* Wireless Internet connection & certain subscriptions required and sold separately. Agreement to smart TV terms and conditions required to use certain smart features. Content and services vary by product and are subject to change without notice. WebOS does not support Flash.

** The FTC’s calculations are based on 11 cents per kWh and 5 hours use per day. Your cost depends on your utility rates and use. Visit ftc.gov/energy.