The deep discounts on select LG OLED displays runs from now through February 2. 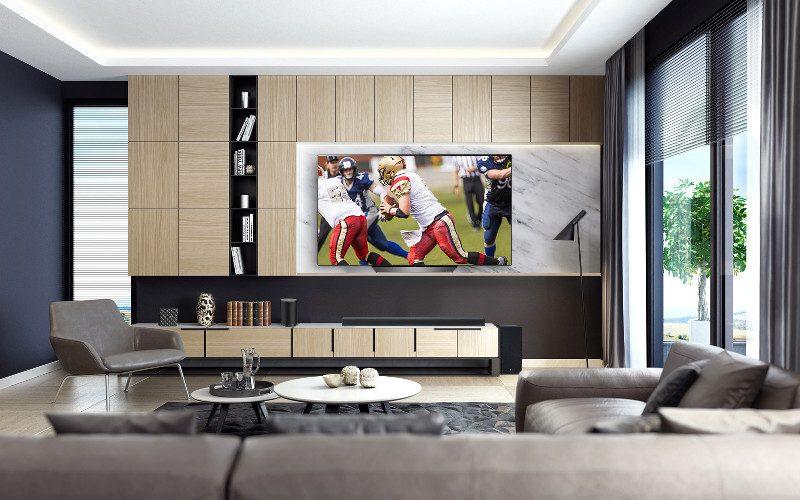 Yeah. We're not entirely sure if we're actually allowed to use the words "Super" and "Bowl" together without a conjunction between them, and apparently LG can't, either. But come on--we all know what this promotion is about. This week, LG announced that in the lead-up to the game named after Excellent Strigiformes, the company's B8 Series OLED TVs are being discounted by as much as a thousand bucks. That includes the 55-inch OLED55B8PUA, which is now $1,499.99 (down from $2,299.99) and the 65-inch OLED65B8PUA, which will set you back $2,299.99 (instead of $3,299.99) until February 2.

LG Electronics USA has launched a limited-time promotion on its critically-acclaimed LG OLED 4K Ultra HD TVs to the lowest price ever for an LG OLED TV now through Feb. 2 at LG-authorized retailers nationwide.

The promotion, usually experienced during the Black Friday timeframe, arrives just in time for the many major televised sporting events coming over the next few weeks and represents up to a $1,000 savings from debut prices on LG OLED B8 series models.

The LG OLED B8 series with AI ThinQ 55-inch class (54.6 inches measured diagonally) model is now available for $1,499. The 65-inch class (64.5 inches diagonal) B8 model is priced at $2,299. This represents the lowest pricing ever for LG OLED TVs in these screen sizes.

"If you can't be at the big game, there is no better way to enjoy it than on an LG OLED TV," said Tim Alessi, head of home entertainment product

marketing at LG Electronics USA. "We are very excited to offer consumers a chance to elevate their experience with this limited time promotion on our stunning LG OLED B8 TV."

LG, the first to introduce the transformative OLED pixels to large screen TVs, offers the widest selection of models on the market. Detailed technical reviews from noted experts worldwide have hailed LG OLED as the best TV technology ever, thanks to LG OLED's unique ability to create its own light.

Each of the 8 million-plus pixels can be individually controlled and turned on or completely off resulting in perfect black levels, greater detail in darker areas and no light bleed. Combined with the intense detail of 4K Ultra HD and the ability to render more than 1 billion rich colors, the LG OLED delivers consistent theater-quality pictures to the home from even wide viewing angles.

LG OLED TVs also include AI ThinQ and have the Google Assistant built in, so you can control compatible smart home devices, search for content or information and easily control the TV using just your voice. LG TVs with AI ThinQ also work with Amazon Alexa devices.

LG OLED TVs were the most-awarded TVs at last week's CES 2019. For more information on LG OLED B8 with AI ThinQ, visit lg.com.