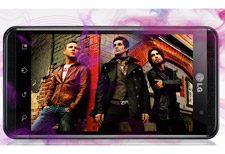 LG just announced it will celebrate the launch of LG Thrill 4G, the glasses-free 3D phone available exclusively this summer from AT&T, with an integrated marketing campaign entitled "Bring Your World Alive."

Encouraging consumers to experience the benefits of glasses-free mobile 3D for themselves, the campaign features a series of experience-driven events including the world's first 3D user-generated concert with Jane's Addiction, on Monday, July 25 in New York.

LG Mobile is teaming up with YouTube and Jane's Addiction to give fans the opportunity to bring their music alive by being a part of the "World's First 3D User-Generated Concert." Held at Terminal 5 in New York's Hell's Kitchen neighborhood, more than 100 ticket holders selected by LG and Jane's Addiction will be the first to capture 3D video footage of the event using the LG Thrill 4G. Video from the concert will then be assembled into a 60-minute documentary that will be available on the LG Thrill YouTube 3D channel, youtube.com/comealive, beginning Aug. 4, 2011.

In a partnership with Gameloft, a global publisher of digital and social games, LG also will challenge consumers to battle it out in 3D with a 3D Gaming Tournament at the Ferry Building Marketplace in San Francisco on Aug. 10, 2011. Using the LG Thrill 4G, teams of gamers will battle it out in "Near Orbit Vanguard Alliance (N.O.V.A.) 3D," Gameloft's 3D action game, during this 3D event experience. After multiple timed battles, top scorers will go head-to-head in a projected 3D main event for the chance to be crowned the N.O.V.A. Intergalactic Gaming Champion.

The LG Thrill 4G allows users to create, share and enjoy content in 3D. The phone will be available in AT&T company owned stores in the coming weeks for $99.99 with a two-year contract.

Aerosmith Set to Arrive in Oakland on July 23rd for Start of 'Cocked, Locked, Ready to Rock' Tour