LG Electronics has a big surprise in store for the 2012 Consumer Electronics Show, an 84-inch 3D LCD HDTV that also supports resolution above 1080p and has voice control capabilities. 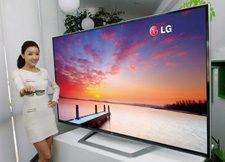 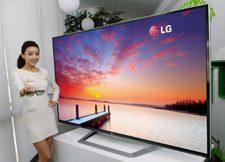 According to TWICE, LG Electronics just revealed one of the surprises the company has planned for the 2012 Consumer Electronics Show, and it is a big one: an 84-inch 3D HDTV.

“LG is pushing the limits of home entertainment innovation with this 3D UD [Ultra Definition] TV,” said Havis Kwon, LG Electronics Home Entertainment president and CEO. “We are bringing together all our smart-TV and 3D knowledge in the 3D UD TV in order to demonstrate to the CES audience that LG is committed to being the world’s leading brand for immersive home entertainment in 2012 and beyond.”

Reportedly, the display has over 8 million pixels, which is more than four times the resolution of a 1080p display. Also, the new HDTV utilizes passive 3D and a 3D depth control, which allows users to control the intensity of the 3D effect. A 2D-to-3D conversion is also included in the television’s features.

One of the most interesting features of LG’s new television is the Magic Remote, which features a built-in microphone that will recognize basic verbal commands.