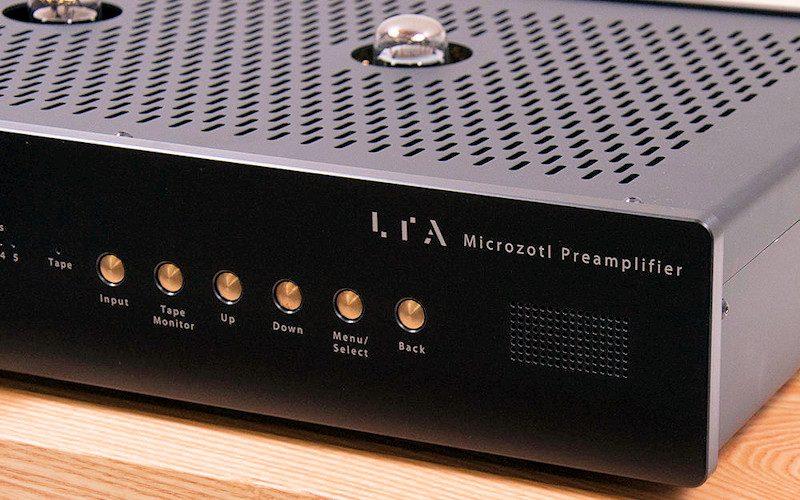 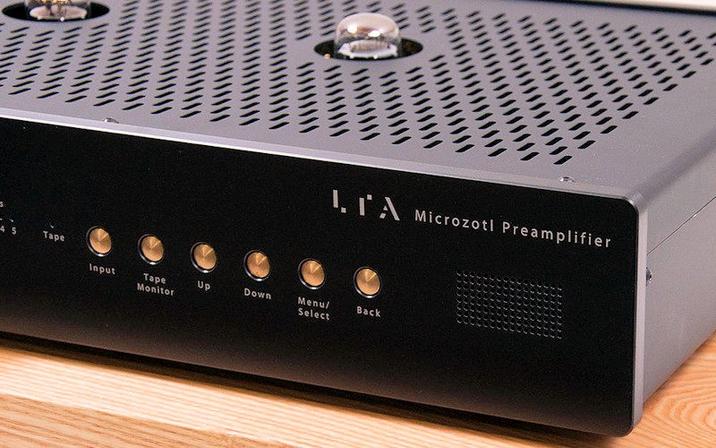 Almost three years ago, I was stunned by the performance of the Linear Tube Audio MicroZOTL 2.0 preamplifier/headphone amplifier, used as a line stage, when it significantly out-performed my reference Concert Fidelity preamplifier on all sonic parameters. The Concert Fidelity, a hand-built piece from Japan that cost $24,000, had never been surpassed by any line stage I had auditioned for over five years in my system until the MicroZOTL 2.0 with an upgraded linear external power supply retailing for less than $2,000. Needless to say, the MicroZOTL 2.0 was selected as one of Home Theater Review's 2016 products of the year.

I have stayed in touch with Mark Schneider, CEO/engineer of Linear Tube Audio in Washington D.C., who recently shared that he was working on a full-sized single-chassis dedicated preamplifier that retails for $4,450 and promised to perform even on a higher level. The MicroZOTL Preamplifier is based on legendary audio designer David Berning's patented architecture known as ZOTL, which stands for Zero hysteresis Output Transformer-Less. Other companies have used OTL (Output Transformer-Less) designs to get rid of the possible bandwidth limiting and intermodulation that transformers often struggle with. However, Berning's patented architecture uses a superimposed carrier signal for the music signal at 250 kHz, which is then extracted through an RF-converter transformer to obtain the high current and low impedance required by loudspeakers. This simply means that unlike a normal transformer operating over the total audio bandwidth, the RF-converter transformer operates at a single frequency, allowing a very pure signal with zero global feedback.

Mark and David are very close friends and worked together on the MicroZOTL Preamplifier. This three-year project led to numerous major internal upgrades. These included high-grade ceramic circuit boards, Dale precision resistors, and OHNO wire used in the stepped volume attenuator, isolated Belleson Regulator and super low ESR poly-organic capacitors used in the power supply, and upgrades in all capacitors in the audio path. Linear Tube Audio contracted with the firm Fern & Roby to design/build the new full-size chassis, which is quite handsome in its appearance, constructed of slabs of aluminum with brass touch buttons.

The MicroZOTL Preamplifier I received for review was black, with the aforementioned brass touch buttons, weighing 14 pounds and having dimensions of 4.2 inches high by 17 inches wide by 12.4 inches deep. On the front of the preamplifier is the power button, headphone jack input, volume control, LEDs for input modes, brass buttons for different inputs, select/menu, and the digital front panel display out that displays volume along with left/right balance. There are sixteen levels of brightness for the panel display, along with an option that completely darkens it after you set the volume level. Around back is where two sets of single-ended RCA outputs, five single-ended RCA inputs, one input pair of XLR, and IEC input and the main on/off power switch are located. The unit is shipped with excellent sounding NOS 12SN7s and 12AT7s, so there is no need to do tube-rolling to get the best performance out of this piece. If you have a collection of 6SN7s and want to use them, it's a very clear and easy procedure to remove two small internal jumpers, all of which is explained in the manual. I found the menu to set up all functions to be very easy and intuitive. You can use either the select menu button on the front panel or the supplied Apple remote to set up all functions of the preamplifier. Finally, the volume control is based on a 100 stepped attenuator, which makes getting to the "sweet spot" of every recording simple and easy because of the fine gradient of dB change with every step.

The Hookup
The Linear Tube Audio MicroZOTL Preamplifier was inserted into my reference system, replacing the MicroZOTL 2.0 Preamplifier/Headphone Amplifier. It's a stereo preamp, so installation wasn't all that complicated. Plug in analog inputs. Plug in analog outputs. Carefully install tubes without getting fingerprints on them. Pretty simple.


I decided to revisit the same musical selections I had used to review the MicroZOTL 2.0 to see if Mark and David have truly been able to surpass the remarkable performance of their earlier less expensive preamplifier/headphone amplifier. The MicroZOTL 2.0 is so impressive that I figured that any improvements would have to be incremental.

I was very much mistaken. With my first selection, John Coltrane's CD Ballads (Impulse), I wanted to evaluate its ability to create beautiful timbres/tonality on acoustic instruments. I was astounded as to how much richer and purer the sound of Coltrane's tenor saxophone was and the sound of Elvin Jones' brushing of his cymbals were much more refined, with the decays lasting longer.

This music also let me detect that the MicroZOTL Preamplifier had a vastly lower noise floor. Therefore, micro-details were clearer and easier to hear. All were delivered with an overall liquidity and effortlessness that let the music flow into my room.

Say It (Over And Over Again)


Next, I listened to the CD Blue Rose by Rosemary Clooney with Duke Ellington and his Orchestra (Columbia/Legacy) to see how the preamplifier would develop the height/depth/width of the soundstage, how accurate the positioning of players was on that soundstage, and whether it could produce individual players with "meat on the bones" dimensionality in a realistic manner.

It was quickly apparent and astounding to me that the MicroZOTL Preamplifier produced a spatial perspective that made my seven-foot tall, 21-driver speakers completely vanish in the largest and accurately layered soundstage that I have ever experienced in my listening room. Each player was like a life-size hologram playing in a real acoustic space.


My last selection, Steve Winwood's CD Nine Lives (Columbia), was recorded with very deep electric bass and powerful dynamics, which gave me information regarding how well the preamplifier produces macro-dynamics/lower-end slam, and a sense of "aliveness." Both the MicroZOTL 2.0 preamplifier/headphone amplifier and the MicroZOTL Preamplifier excel at this sonic attribute at a reference level.

I believe Berning's ZOTL architecture gives music a special sense of "aliveness" that brings you closer to the illusion of live music. The new MicroZOTL Preamplifier brings this sense of aliveness and slam to another level, with more precision and definition on the lowest bass frequencies and is faster overall than its less-expensive sibling.

The Downside
It's hard for me to come up with any serious concerns regarding the MicroZOTL Preamplifier based on its amazing performance, build quality, numerous inputs (including theater bypass), and ease of its ergonomics.

The preamp is tube based, so eventually you will have to replace the two sets of tubes. However, even in this area, because of how the ZOTL circuit biases and is gentle on the tubes, they might last for years before they have to be replaced.

Secondly, the Conrad-Johnson ET7, which retails for $9,500, offers high level image density, decent soundstaging, and accurate lower bass performance. However, compared to the MicroZOTL Preamplifier's overall transparency and rendition of timbres and tonality, the Conrad-Johnson ET7 sounds "closed-in" and lacks the overall speed/aliveness of the MicroZOTL Preamplifier.

Conclusion
I have listened to the Linear Tube Audio MicroZOTL 2.0 Preamplifier/Headphone Amplifier as my preamplifier for over three years and found nothing lacking in its wonderful performance in my reference system. Many of my audiophile friends have brought over numerous preamplifiers, regardless of cost, over these years, and none of them surpassed the ability of this line stage to drive my system to a higher level of musical pleasure.

I cannot say that I am completely shocked that the new Linear Tube Audio MicroZOTL Preamplifier delivers a higher level of performance, but I still have a sense of being astounded at the level of improvement it renders in my system. It took Mark Schneider and David Berning three years of development with numerous internal part changes to get the very best quality of sound out of the ZOTL design. The MicroZOTL Preamplifier has a beautiful chassis, great ergonomics, and a comprehensive set of input and outputs. Most importantly, this preamplifier provides rich organic timbres/colors, a sense of "aliveness" that I find in no other preamplifier, the smallest details easily heard, a spatial perspective that brings the musicians into your acoustic space, a sense of holographic imaging, and an effortless liquidity that lets the music spill into your room. I will be purchasing the MicroZOTL Preamplifier, which has surpassed my expectations, and it will be replacing its older sibling in my reference system.