Listening to Music By Mood Versus Album

Listening to Music By Mood Versus Album

How do you listen to music these days? Do you still listen to albums in their entirety, or have playlists and shuffle forever changed the way you experience music? 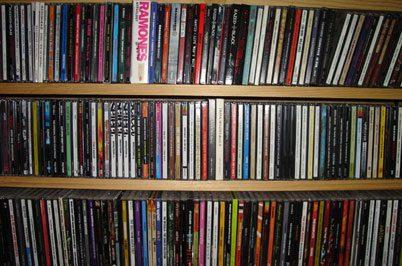 One of the historical catalysts for the success of the music business was the rise of the album over the single in the mid-to-late 1960s. At music school (The Music Industry program at USC), one professor was famous for saying, “All I ever wanted is part of the songwriting on that one stiff song on Thriller.” I think he was talking about “Baby Be Mine.” I can understand why, as he would have been paid a small sum for every one of the nearly 50,000,000 copies of that album that sold. People bought the album to hear “Billy Jean,” “Beat It,” and “Thriller.” It’s not that “Baby Be Mine” is that bad of a song; it’s just the homely sibling from a family that has given birth to a number of supermodels.

Roll the tape forward to the iPod-crazy days of the late 1990s, and the business model reverted back to the late 1950s and early 1960s, when the single ruled supreme. Napster and LimeWire made it easier to steal a song here or there versus downloading the whole record using what was often dial-up Internet. In a more legitimate venue, Apple also focused on the single versus the album, especially when the concept of “shuffle” became popular on an iPod. Gone was the ability for a producer or artist to control the cadence and order of songs. Ask anyone who has listened to The Wall or Sgt. Peppers on shuffle, and it’s just not the same experience. Not even close. But the times, they were a-changin’.

Artists have responded to the demands of the stereotypically young record-buying public by releasing music that’s more single-focused, which has eroded away at the artistic concept of the album. Younger Millennial consumers don’t have the patience to sit through 36 minutes worth of concept album. They demand control over the entire media experience, which is not bad, I guess. It’s just different than how Baby Boomers and Generation Xers consumed and still consume music.

My days of buying albums aren’t gone, but by no means am I consuming music the same way I once did. Gone are the days of stopping off at Tower Records on Sunset Boulevard to buy the latest and greatest records…including some that I purchased on total speculation. Today the main change in the way I consume music is that I buy and stream music based more on a desired mood than on getting into an album per se. That’s not to say that I don’t have over a terabyte of music on my hard drive and ripped onto my Kaleidescape, because I do. If I want to jam on Electric Ladyland or Houses of the Holy, I can dial them in quickly in a disc-less environment that hopefully someday will be fully upgraded to music files in HD. For now, though, I am streaming more music via Internet radio and media servers, based on playlists that are designed around moods.

Shuffle has definitely affected the way I listen to music, and it took awhile to figure out how to make shuffle do what I really wanted. For example, if you use iTunes to create a classic rock playlist, you probably won’t like the results if you dump your whole Jimi Hendrix collection blindly into that playlist. “Red House” is a perfectly fine blues song, but Jimi recorded it many times in many different ways, and most Jimi fans have the track in many different forms. Do you want to hear that song come up all the time in your shuffle? If not, choose your selection carefully, or it can and will spoil your mood. The same argument can be made about Brazilian jazz. I love me some “Girl From Ipanema,” but I’ve got the song recorded so many times, in so many different ways, that it takes some effort to get the right mix.

Getting the right mix is a key concept that Internet radio does such a good job at delivering. Streaming media devices and apps can introduce to you a world of well-programmed music that is both free and compelling. The commercials sometimes mess with your vibe, but you have to remember that you are getting the music for free, so it has to be paid for somehow. I’ve found some loungy, groovy stations through my Apple TV and even through DirecTV’s music channel Zen (channel 857) that are pretty well programmed. While the audio quality of Internet radio isn’t very good, it can be used more for background listening and/or finding new artists that you might want to explore further. I’ve found acts like The Boards of Canada through Internet radio, then I buy the CD and rip it at 1440 AIFF to enjoy better quality in a future shuffle session.

Sony’s new hi-res audio servers offer a really cool way to access higher-quality music, but one of their other cool features according to Steven Stone, our AudiophileReview.com editor who reviewed the component for The Absolute Sound, is the ability to manage moods via your playlists. Music players from Meridian-Sooloos are also very good at such tasks. Streaming services like Pandora and Spotify can create a mood and then use your personal feedback to introduce you to new artists that suit the mood. The more effort you put into working with these services, the better the results are. The idea that software can suggest good, new music to you is a compelling one – especially since the old-school record store is deader than a doornail, so you can’t pick the brain of the record store clerk who really new his or her stuff. A new solution is clearly needed for those of us who are still looking for great new music to buy.

The album, as an artistic concept and as a business model, might be an endangered species. In our lifetime, we might never hear another Electric Ladyland or Tales of Topographical Oceans, but the idea of creating new musical moods and finding new artists to suit them gives me plenty to be excited about. I still love and enjoy music. I just do it in a different way.

How about you? Do you still sit down and listen to full albums? Do you program playlists? How much do you interact with your Pandora or Spotify service? Are you fully disc-free at this point…or maybe headed toward that goal? Comment below on how you listen to music today.