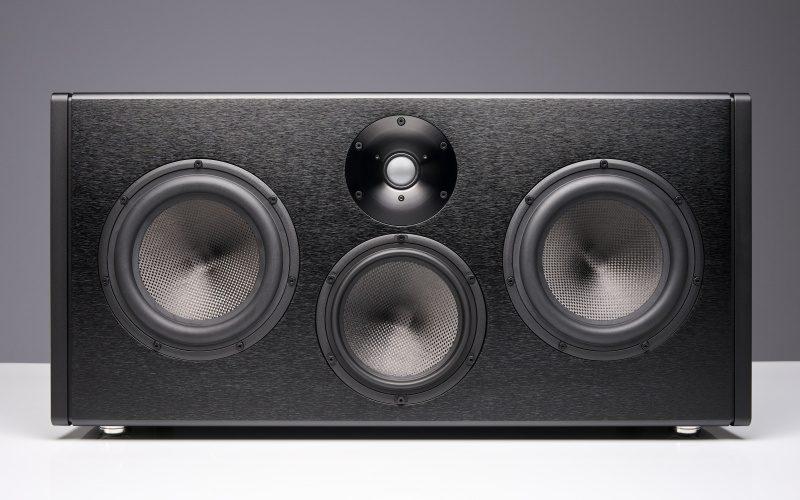 My relationship with Magico's ACC ($6,800) got off to a painful start. The ACC arrived in a modestly sized cardboard box, so I thought nothing of bending down to pick it up as I would any center speaker of its... 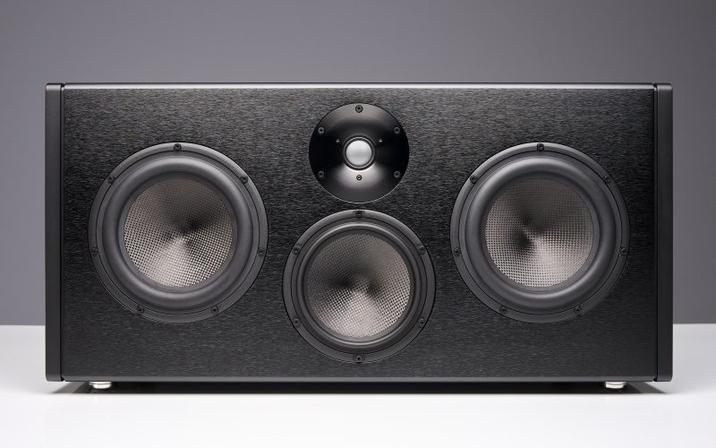 My relationship with Magico's ACC ($6,800) got off to a painful start. The ACC arrived in a modestly sized cardboard box, so I thought nothing of bending down to pick it up as I would any center speaker of its dimensions (13 inches high, 12.7 inches deep, and 26 inches wide). I went to pick it up and immediately regretted it, as my back screamed out and I felt every ounce of the speaker's 96-pound weight. This is nearly as much as the company's A3 tower, which I recently reviewed.

Magico fans are probably laughing right now, as they know how the company's cabinets are built. I mention all of this to make the point that even though this is one of the least expensive speakers in Magico's lineup – and a center channel at that, something shunned by some stereo purists – the ACC is Magico through and through. To the company's credit, the instructions advise that the speaker be unpacked and put into position by two people. The ACC utilizes the same driver complement as the A3. The one-inch Beryllium dome tweeter is top and center above the six-inch Graphene Nano-Tec Midrange, and this tweeter-midrange array is flanked by a pair of seven-inch Graphene Nano-Tec woofers. Like the rest of the Magico A Series speakers, the ACC features a sealed cabinet made out of 3/8-inch thick 6061 T6 aircraft grade aluminum with a brushed black finish.

Despite being one of the least expensive speakers in the Magico lineup, the attention to detail and build quality is impressive, to say the least. A couple examples of build quality are the spikes and binding posts. While I used the short, domed feet, I also tried threading in a spike and the quality of threading reminded me of what I would find on a custom built rifle. There was no wobble, no binding. I note that Magico also offers ramped feet that provide five degrees of upward tilt. The ACC's reported frequency response is 22 Hz-50kHz. While no -3 dB or -6 dB point is specified, this is still a lot more low-frequency extension than many good-sized towers.

For the purposes of evaluating the ACC in a multi-channel system, I used my Oppo UHD player for the primary source, with a Marantz AV8805 handling all the processing and a Krell Theater Amplifier Standard providing the power. A pair of Magico A3s flanked the ACC with a pair of Paradigm fifteen-inch subwoofers handling the LFE channel and Canton Ergo 302s on the rear channels. I ran the Audyssey MultEQ Editor app on my iPhone as part of the setup process. Audyssey set all three front speakers as large, running them full range.

The first movie we watched with the ACC in place was Ford v Ferrari. In addition to the dynamic race noises and explosions, which the ACC handled with ease, the speaker excelled with the detailed sounds that draw you into a film. The voices were natural, realistic, and solidly positioned.

The next movie we watched was 1917. Set in the trenches of World War I, the film follows two main characters as they travel across various trenches and battlefields which provides plenty of opportunities for sound effects that pan across the front three speakers. As with Ford v. Ferrari, the sound on 1917 smoothly panned across the speakers without any change in timbre or dynamics as it moved from speaker to speaker. The ACC's frequency extension helped keep lower frequency sound effects well anchored.


Multi-channel may mean movies for most, but I also love multi-channel, especially Roy Orbison's "Only the Lonely" from Black & White Night (Blu-ray, Universal, DTS-HD). Orbison's voice and guitar were reproduced with nuance and detail that brought out the richness of his voice and guitar without any artificial harshness or brightness. I played the track a few times, listening from the different seats in my room, and the image stayed stable and the off-axis response remained well balanced. I suspect the driver configuration helped maintain the even off-axis response.

Roy Orbison - "Only the Lonely" from Black and White Night

There are not many center channels as impressive as the Magico ACC in its general price range, but there are two that come to mind. First is the Martin Logan ESL C34A ($6,995). This speaker provides excellent detail and articulation. The built in Anthem Room Correction for its powered bass section works well to help provide an even, well-balanced response, which is particularly helpful given its low frequency extension. The downside is its size. This is a huge speaker that makes the ACC look petite and must be placed on the floor.

The new Revel C426Be ($4,500) is a similarly beefy center speaker with a Beryllium dome tweeter. Based upon my experience with other Revel speakers, including some from the Performa Be lineup, I have no reason to suspect that the C426Be provides anything less than impeccable performance. The C426Be should be shipping shortly and I will do my best to get one in for review. The ACC is one of the best-sounding center channels I have had the pleasure of reviewing in my twenty-something years of opining on the AV industry. I have no criticisms of the ACC's sonic performance. If you are purchasing Magico A series speakers, purchasing the ACC is a no brainer. Even if you were not planning on a multi-channel movie system, the ACC's performance makes it worth exploring multi-channel music. Of course, this could mean buying a second pair of A Series speakers for the rear channels.

One item I did not notice until after I had watched a movie was the direction of the grain of the top panel's brushed finish. While the grain on the end caps run front to back, from the listener's position, the top panel grain goes left to right. What difference does this make? It reduces the amount of light reflection from the screen. While it is possible that this was a fortuitous circumstance, having toured the Magico headquarters and speak at length with Alon Wolf, I suspect this is no accident. The attention to detail is phenomenal.