How do we make the audio market great again? According to Jerry Del Colliano, it's already great. Let him tell you all the reasons why in this week's featured news story. 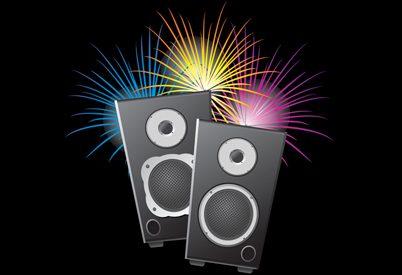 Is it too soon for "making ________ great again" jokes? Probably, but I couldn't resist. Laughter is the best medicine, as some wise pundit once said. And trying to resume life as normal is decent therapy, as well. So, over the past few weeks, I've had a few conversations with both clients and readers about how to get people jazzed about audio again. How to revitalize our industry. How to pass our baton to the next generation. And one argument I found myself making, perhaps even to the surprise of me, is that audio is already great ... more so today than ever. Before you object, let me explain.

We Have Access to Higher-Fidelity Music Than Ever Before
The goal of high-performance music playback is to get as close to the musical event or the master recording as possible within our physical and financial constraints. With the mainstream availability of platinum and creatively important recordings at 24/192 resolutions, you literally can have your own true copy of the master tape. Think the difference is subtle? Do the Pepsi challenge on one of your favorite recordings--compare CD quality with 24/96, for instance--and tell me you're not blown away. Our resident Manhattan audiophile, Ben Shyman, called me last week drooling over the sonic upgrades that he heard on the Steven Wilson remaster of Jethro Tull's Aqualung. That's new light being shined on a pretty old (but very cool) record. Imagine finding the same with a recording from Michael Jackson, Rush, Prince, Led Zeppelin, or Miles Davis. All you need is a computer and a credit card, and you are in business. If that computer isn't connected to your audio system, what are you waiting for?

Even Streaming Music Is Great
We talk a lot about our "disc-less future" here at HomeTheaterReview.com, and in recent years we've moved a lot closer to that reality. On the home theater side, streaming Ultra HD video from services like Netflix and VUDU is at the very least approaching the quality of physical Blu-ray discs, although streaming still can't quite compete with the new Kaleidescape Encore System (I want one badly, Santa) connected to the upstart UHD download store.

In the audio world, though, disc-perfect streaming is already a reality. For $20 per month, you can access almost every album ever made at CD quality thanks to services like TIDAL. That's millions of tracks from all of your favorite bands and artists, at Compact Disc quality, without ever having to buy the CD. Perhaps more importantly, TIDAL actually embraces the way people actually listen to music these days. Let's face it: given the choice between convenience and quality, people will choose the former. Steve Jobs proved that to be true. But TIDAL proves that you don't always have to choose. You can have both.

The Future's So Bright, I Gotta Wear MQA
In the same vein, another technology to keep an eye on is MQA. TIDAL is already hip to it, but it's not fully implemented just yet. Without getting too geeky, MQA is a way to compress a master-quality file, even fix digital issues, and deliver it to you in a format small enough to be streamed. Steven Stone does a far better job explaining MQA and why to be excited about it in this feature article on HomeTheaterReview.com.

Yes, you will need a device that's capable of replaying MQA, but more and more are coming to market. MQA isn't ready for prime time just yet, but it's another reason to be excited for the future.

Sometimes, Even Crappy Audio Is Actually Okay
I can see the comments coming below from hardcore audiophiles who hate MP3 or lower-resolution streaming services like Pandora or Spotify. You know what? One of the things that keeps the audio hobby from growing at rates that many of us hope for (besides a terrible name in Audiophilia) is rampant techno-snobbery. I'll give you an example: Pandora.

Pandora is positively maligned in our industry, but I think it's absolutely fantastic! Why? Because you can have curated or self-made playlists that roll meaningful collections of music to any corner of your house thanks to Sonos, distributed audio systems, and/or the robust use of the volume knob on your 2.1 stereo rig. When I'm making Sunday spaghetti sauce, I love being able to crank up a Rat Pack playlist that is already hand-picked for me, shaped by the occasional thumbs-up or thumbs-down feedback. Yes, I realize that all of the above violates what I said before about not having to choose between convenience and quality, but so be it. Sometimes we need to embrace the fact that the experience of music listening is just as important as the bit-perfect quality of it.

Outdoor Audio
One audio category that has positively exploded in the past few years, and which we here at Home Theater Review need to pay more attention to, is outdoor sound. I have a partially installed 8.2-channel outdoor speaker system in the landscaping around my new swimming pool, which includes two (because you really NEED two) 12-inch buried-below-the-ground "mushroom cloud" looking subwoofers. I have Episode speakers installed by my almond wood burning pizza oven that sound fantastic. I put two pairs of Sonance in-wall speakers and a run from my Crestron 4K switcher to my "pool cabana" (it used to be a garage; we just park our cars outside now), which will soon accompany a 65-inch SunBrite Ultra HD set

The point of all this isn't to brag about my system. (Okay, maybe it is a little.) What I'm trying to convey is that I now have an outdoor audio system that rivals (or even beats) a lot of indoor audio systems I've heard. The music doesn't stop when I step outside toward the end of the day to wrap up phone calls or talk to my staff. I can sit outside and enjoy the beautiful weather and ocean breezes with a little Coltrane going. It's downright civilized, and it's an experience I could have only dreamt of five or 10 years ago, at least at this level of quality.

Who the Hell Is Alexa and Won't My Wife Be Jealous of Her?
Alexa was the hot topic at CEDIA 2016. It's Amazon's voice-activated digital assistant, and it's right out of The Jetsons. Control4, Crestron, and others have integrated this "Siri-like" ecosystem, making it a very real extension of the control and entertainment systems that already exist in the home. Just talk to Alexa, and she will hook you up with pretty much whatever you want (see why your wife might not like her?).

Brent Butterworth has been using Alexa to take his musical explorations to all new directions. He can ask her to turn on a San Francisco Internet radio station or even sing a few notes of a song and have Alexa chase down the track he wants to hear, right now. She can do that, too.

My personal objection to Alexa is that I don't want my 4.5-year-old to figure out how to say "Alexa, turn on Paw Patrol" and then watch my big Samsung LED light up without my say-so. Other objections that I've heard from staff writers are a little more paranoid, but I understand. They are concerned about "big data," and they don't want people listening in on their conversations.

I get their point; but, even with those objections, Alexa is pretty damn cool to see in action. It works better than Siri on my iPhone and can interface directly with all sorts of increasingly affordable home automation toys. Better yet, it provides access to nearly endless streams of music, from NPR stations around the nation to Spotify, TuneIn, and of course Amazon's own streaming music service.

It goes back to the discussion about convenience versus quality, and striking the right balance between the two. Sure, you can't connect your Amazon Echo to your integrated amplifier via SPDIF and tap into bit-perfect lossless streams. But even if you rely on the speaker built into the largest Echo, it's hard to deny that Amazon has tapped into the zeitgeist of how people want to access and retrieve music. If our industry is going to thrive in the future, we must embrace that.

There you have it. My case is made. Any way you look at it, audio is already great. Really great. And less expensive than ever before. You can buy speakers for under $2,000 these days that would have blown our minds (and our bank accounts) 20 years ago. Electronics today are easier to use, sound great, and have features like room correction that can solve audio issues that you can't accomplish by wildly swapping out components.

So get back into listening to music by any means you like. Don't let stereotypes bring you down. Let the music bring you up, no matter how you listen. Get out there and bring some new gear home. Subscribe to a new music service. Download your first HD file. Connect a Mac Mini to your audio system. Whatever you do, though, embrace the future. Stop shaking your cane at these kids today with their soundbars and their MySpace or whatever ... because they're going to shape the future of our industry if it is to survive. Let's work with them to teach them a thing or two about the importance of fidelity, and let them teach us a thing or two about simplicity and practicality. If we don't learn those lessons, the great thing we've got going on right now is going to be lost. Believe me.