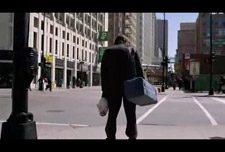 There are an awful lot of aspect ratios that exist in modern AV software. There are even movies that contain changing aspect ratios within the film. So what is the best way to deal with this? Here's a suggestion. 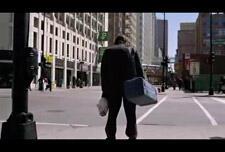 It's safe to say that home theater enthusiasts and even casual viewers hate black bars - those pesky slabs of nothingness that rest above and below the action taking up valuable HD real estate. Even before the advent of HD and its 16:9 standard, viewers have had to contend with bars. Back in the day of 4:3 CRT displays, black bars top and bottom meant you were seeing the entire picture even though you were giving up a third to sometimes half of your screen's resolution to bars to do so. Now that we live in a world dominated by 16:9 HDTVs, black bars are perhaps less of an issue though they still manage to rear their featureless faces when we sit down to watch our favorite Hollywood blockbusters, which often carry a native aspect ratio of 2.35:1 and in some cases 2.40:1.

This wider-than-widescreen aspect ratio is achieved through the use of anamorphic lenses whereby the action is filmed through a special lens that squeezes a wider image onto a standard 35mm frame. Obviously my last statement wasn't exactly the technical explanation, but you get the idea. The problem with 2.35:1 or anamorphic content is that it requires the use of an anamorphic lens at the display level to un-squeeze the image and present it properly. You've undoubtedly seen an anamorphic film projected improperly where the actors and action on the screen is often grossly distorted versus looking natural. With 16:9 HDTVs, anamorphic or 2.35:1 content means the return of black bars top and bottom.

There are a growing number of solutions to combat black bars within the front projection realm, mainly anamorphic lenses and 2.35:1 aspect ratio screens for the home market. However, those without front projection setups have been left out in the cold - until now. Vizio, "America's #1 LCD HDTV company" has announced that they'll soon be releasing not one, but two native 2.40:1 aspect ratio screens with a third coming in 2012. Vizio isn't the first manufacturer to offer an anamorphic-friendly HDTV. That distinction goes to Philips, though it was never released here in the US. Still, the announcement of an anamorphic-friendly HDTV is big news, right? It is if you still like black bars. Wait, what?

Sadly, the eventual release of an anamorphic-friendly HDTV won't put an end to the black bar battle, for instead of black bars being shown top and bottom, they will now be shown left and right for 16:9 or 1:85 native content will not fill a 2.35:1 or 2.40:1 HDTV. Vizio hopes that viewers will use the excess real estate along the left and right side for Tweeting and Facebooking, but I'm willing to bet all that valuable space will remain precisely that - space. Another pitfall of the anamorphic-friendly HDTV screen is IMAX. Hollywood has fallen in love with the monstrous 70mm format and has used it in some of its biggest films in recent memory, films such as The Dark Knight. The problem IMAX presents is that its aspect ratio of 1.78:1 closely resembles that of a standard 16:9 HDTV, which would be fine if films like The Dark Knight were filmed entirely in IMAX, but they're not.

The Dark Knight was filmed in both IMAX and 2.35:1 aspect ratios, meaning that its final aspect ratio is variable - Oy vey! The Dark Knight isn't alone, for Disney's Tron: Legacy also sports a variable aspect ratio and there are more in the works. What this means for you the viewer is simple: the image is going to change aspect ratios throughout the film. In The Dark Knight the most obvious example of this can be found following the opening scene where Joker and his gang rob a Gotham bank. Immediately following the heist, the film goes from its full screen (16:9) IMAX glory to anamorphic or 2.35:1 meaning the return of black bars top and bottom. Tron: Legacy does the same thing once Sam enters the computer realm and does battle on The Grid. Those of you, present company included, with anamorphic or 2.35:1 friendly displays will be treated to black bars left and right when viewing the IMAX portions of said films, which somewhat defeats the purpose not only of IMAX but also having an anamorphic rig or display in the first place. So what's a home theater enthusiast to do?

In my opinion it's easier and more cost effective, especially from a projection standpoint, to stick with the more traditional 16:9 aspect ratio for if more Hollywood films are taking advantage of IMAX's larger frame (and they are), then you're best served by a standard HDTV. If you buy an HDTV with solid black levels, the chances of you noticing the switch between 16:9 and 2.35:1 should be minimized, and if you purchase an HDTV large enough, say 60 plus inches diagonal, you won't really be missing out on a whole lot in terms of real estate. For those with front projection-based systems, I recommend getting a high contrast, ambient light rejecting screen from the likes of Vutec, Screen Innovations and or dnp. I've personally owned SI's Black Diamond screen and can tell you that due to its already darkened screen material and resulting black level performance, the "jump" from 2.35:1 to full screen or 16:9 is virtually seamless. So while we may not like black bars, there are still ways to combat them, even if Hollywood finds new ways of keeping them in our lives.

You'll automatically be entered in the HTR Sweepstakes, and get the hottest audio deals directly in your inbox.
Subscribe
Connect withD
Login
Connect withD
1 Comment
Oldest
Newest Most Voted
Inline Feedbacks
View all comments
Author
Andrew Robinson
When you buy through links on our site, we may earn an affiliate commission. Your support is greatly appreciated!
This is the static ad content. This is just a placeholder for now to get things styled.
Visit Website