Jerry Del Colliano ponders some of the most common mistakes that audio manufacturers make during trade-show demos and offers his advice on how to make these demos more compelling. 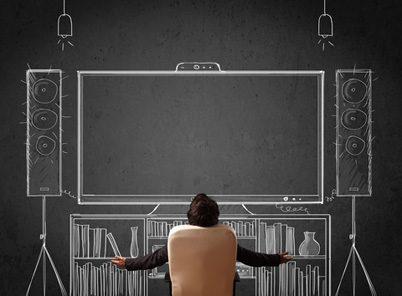 When you tell non-AV-industry people that you are headed to the Consumer Electronics Show (CES) in Las Vegas right after New Year's, they tend to light up and ask you about all of the exciting new toys that you will see at the show. These same people almost always fail to ask you how you plan to avoid getting sick at the peak of flu season, given the roughly 175,000 attendees with whom you'll be sharing air, or how you plan to deal with the logistics of getting around a city that simply can't handle the traffic of so many guests at once. And lastly, they don't ask you what you are paying for a weeknight room on The Strip, as it's likely ten times more than the exact same room will cost one week later when everyone has gone home. But I digress.

Although CES is not open to general consumers, its High Performance Audio exhibits at The Venetian hotel are very similar to that of consumer-oriented shows that take place all around the country throughout the year. Audio demos are hosted in hotel rooms and suites. These rooms are generally pretty large, and some of the furniture has been removed to make room for all that plus-sized audio gear. As I sit here and prepare for another round of CES audio demos, I can't help but ponder the many demo-room mistakes that audio manufacturers make at these shows, year after year. Some of these issues may not matter as much when your audience is dealers and press, but they definitely matter at the consumer shows. Thankfully, many of the mistakes are easy to fix.

Clean Up Your Room
I took a friend of mine to Rocky Mountain Audio Fest a year ago as part of a golf trip. I asked him to walk the show with me for one hour, then give me his thoughts. He's the perfect demographic for the next generation of AV consumer: he is a member at two top country clubs, drives a performance car, owns his own company, and loves technology--specifically when it can improve his very nice home in Newport Beach, California. What he politely told me on the way back to Denver International Airport was, "Those rooms don't look like anybody's home that I know, specifically not mine." They were too messy. Gear is everywhere. You just don't get the feeling that anyone used a modicum of interior-design sense. Cables are strewn here and there. Speakers are piled up against every wall.

Anyone doing a demo at a trade show should be sure to keep the main demo area neat and tidy. Gear should be rack mounted or stored very carefully. Cables should be hidden or at least well organized. If a moderately wealthy consumer walked in the room with his significant other, would she feel comfortable with the design aesthetic of the room? If not, start over. If the company is too focused on engineering to make such decisions, hire a local interior designer to "dress the room." These professionals can use their own accessories (lighting, pillows, sculpture, etc.) to make the environment look less like a recording studio and more like the homes where you want this gear to end up.

Use Color to Your Advantage
One of the biggest problems we face when helping clients design online ads is that nearly every product in the AV business is either a black, white, or silver rectangle, and it photographs poorly. If you have the ability to paint a featured pair of speakers in Philadelphia Flyers Orange, then do it. It makes the demo room pop with color, and it takes better photos that are more likely to get featured in online and print media coverage.

Only Play Music From Platinum-Selling Albums
Ban all music that has sold less than 1,000,000 copies in the United States according to the RIAA. Too often, you walk into a room with $250,000 Wilsons and tasty tube amps, and the speakers are playing obscure chamber music at 45 dB. That's the musical equivalent of driving a Ferrari in reverse. Yes, you are driving a Ferrari, but you really don't get a feel for what the car can do. The people who can afford to buy expensive audio listen to real music from artists that are well known--like The Doors, Michael Jackson, Led Zeppelin, Rush, Audioslave, Pink Floyd, Miles Davis, John Coltrane, and so many others. Much of this music is now available in HD formats. Play it! Never play audiophile music, no matter how wonderful the recordings sound through your gear--there's no emotional tie to the music. Play music that people relate to. Play music that makes them feel something. Highlight what you can hear in this system that you might not hear at home. Avoid playing Tiny Tim, Tubular Bells, or Jazz at the Pawnshop, and please leave the vinyl at home. 65 dB of dynamic range and noisy distortion are bad enough in a good room; but, at shows where there is a ton of background noise, you want to use the best possible demo material.

Use Room Treatments Carefully
We've already established that you don't want the demo room to look like a recording studio; however, you do want it to sound good, and it's tough to make a hotel room sound as good as even a mediocre stereo-store demo room. The best way to bridge the gap is the use acoustic treatment, but it has to be chosen carefully. You can't go all Led Zeppelin in the hotel room and trash the place. Besides, you still want the room to have that "finished" look.

Beyond using good-looking room treatments, it's not a crazy idea to hire one of the better room-tuning people to come and measure your room for performance. Many of the all-star guys go to these shows, and most can be hired to tune a room for the best performance possible. Most audio companies won't go to this level. I say, since everybody is spending money hand over fist at trade shows anyhow, why not spend some of it on a solution where you have the math and measurements behind your performance?

Don't Fear Video
Too many demos are music only. Many of today's best demo discs are in HD and on Blu-ray. People believe what they see more than what they hear, and bringing video into the demo gives you an edge. Work to get demo material in Ultra HD, and hire a professional video calibrator to tweak your display. Having cutting-edge video to go with your pristine audio creates more of WOW factor and produces better results on all levels.

Be a Good Entertainer
Go to Costco and buy some cases of Arrowhead water, a pile of bite-sized candies, and an industrial-sized tin of Altoids. People who made it all the way to your room are often thirsty and/or a little low in blood sugar. A Reese's Peanut Butter Cup and a small bottle of water can be a lifesaver when you are hours away from your last meal and stranded on a high-numbered floor of a hotel, waiting for someone to give you a VIP demonstration.

Don't Be Afraid to Go Cheap
Every demo at these shows doesn't have to be the most expensive gear from the company's line. In fact, many reviewers, dealers, and distributors are more impressed when they hear excellent performance from a system at a realistic price point.

Here's hoping that this advice helps those trying to put together exciting demonstrations for the 2016 show circuit. Especially at consumer shows, the audiophile community needs to do a better job of showing how their products fit into the lives and homes of a new generation of client.

Random Thoughts and Observations From Axpona 2018

How to Pull Off a Great AV Demo at a Show