Making the Case for Wireless Headphones for Audiophiles

Making the Case for Wireless Headphones for Audiophiles

The headphone category is booming, and wireless headphones are the way of the future. But can audiophiles embrace them? Jerry Del Colliano makes the case for why they should. 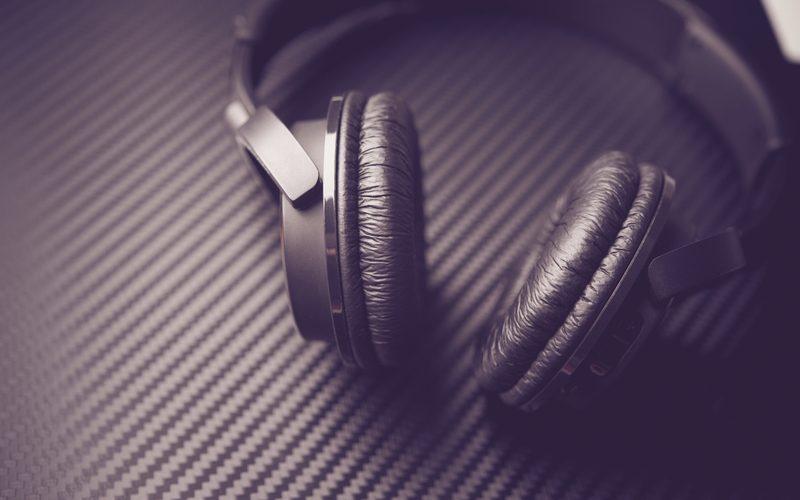 It's not uncommon for me to attend the growing group of regional audiophile shows, including Rocky Mountain Audio Fest, AXPONA, The Los Angeles Audio Show, T.H.E. Show, and a number of others. From a business development perspective, I have a much better chance of finding a new, up-and-coming audio company at a regional show than at the Consumer Electronics Show. The astonishingly high cost of traveling to and staying in Las Vegas has caused the high-end audio landscape at CES to change dramatically (we wrote about it here). Simply put, it's too expensive to attend CES, thus the right dealers aren't at the show. Ditto for the international distributors. So, many audio companies are asking the question, "Why bother with CES?"

During my visits to these regional shows, one thing has become abundantly clear: the headphone category is booming. Enthusiasts can find lots of new companies in this space, and there are plenty of new styles from which to choose--whether you're looking for over-the-ear cans or ultra-light in-ear-monitors (IEMs) that can be custom fit to your exact ear canals to deliver a super-high-performance audio experience on to go. Beyond the actual headphones, a growing number of audiophile-oriented electronics companies are adding headphone-related products to their lineups. We just finished a review of Pass Labs' new headphone amp (publishing soon), which combines a Nelson Pass-designed amp with a stereo preamp performance in a small but juicy package. While it's easy to get down on the audiophile hobby for its demographics, stuffy habits, and love of all things retro, the headphone market brings a ray of hope for the future of the high-performance audio category.

In talking about headphones, though, I have to acknowledge the elephant in the room, even if the purists get upset with me (feel free to comment below). Apple sold 79,000,000 iPhone 7s in the first quarter of 2017. Did you hear that? Seventy nine MILLION handheld audio devices designed to control people's music and media, and none of them has a headphone jack. Yes, you can bootleg one in with a Lightning adapter, but that's kind of lame and certainly not the future. The future is wireless. I don't think it's a leap to suggest that wireless headphones are the next flat-TV boom product for mainstream consumers. Remember the first time you saw a flat TV and immediately wanted it? Right there on the spot. Wireless headphones have the same powerful effect. Sync a pair to your phone, tablet, or device of choice (which has gotten much easier to do, thanks to recent improvements in Bluetooth ), and you're rocking and rolling very quickly. Drop your phone in your pocket and go for a walk. Stick your tablet on a charger and work all day with the freedom to get up and roam around. Park your butt on an airplane; and; when you need to get up to pee or stretch your legs, you don't have to untether yourself from your device. It simply doesn't take long to realize how great the ownership and user experience is with wireless headphones.

I can hear the critics screaming: "Wired headphones perform better!" And you know what? They're right. If you are seeking the Nth degree of audiophile nirvana to enjoy in your Park Avenue study, then a pair of $4,000 Focal Utopia headphones mated with a $3,500 Pass Labs amp is the way to go. But even for that One Percenter client, I might suggest that, when he or she is walking down a bustling street, working out in the gym, or riding on the subway or an airplane, it's okay to sacrifice a bit of performance and enjoy the convenience that wireless headphones bring.

Yes, audiophile-oriented headphone companies will have to learn how to make the most of the available wireless technologies, but it's well worth their effort when you look at the potential market. Beyond Apple's 80 million phones per quarter, there's also Samsung ... and LG ... and every other Android phone maker. How much longer will they keep offering a headphone jack? Not much longer. We're talking about tens upon tens upon tens of millions of new sales.

The headphone business has some compelling upsides compared with the typical audiophile business. I have always called the audiophile business an "or business," meaning this: If an audiophile has a Mark Levinson power amp and wants to upgrade to an Audio Research power amp, he or she will most likely sell the Levinson to buy the ARC. An "and business" is different. If a watch collector has a Patek Philippe that he's owned for years, he's unlikely to sell it to buy the gorgeous new Rolex that he saw on vacation. He's more likely to keep and cherish both; his collection might grow to include dozens of timepieces. The headphone business is an "and business," in that there's no reason why a music lover and audio enthusiast can't have a variety of headphones in his arsenal.

Secondly, headphones of all varieties will wear out over time. Audiophile components last much longer. My father's Wilson WATT Puppy v3.2s from the mid-1990s are a little rough in the paint job, but they perform like champs decades after leaving the plant in Provo. Wilson Audio also supports them to the highest level, which is really appreciated. Conversely, few consumers expect $200 wireless headphones to last forever. This is a wear-and-tear category, which allows for a company to sell more products to its customer base.

Lastly, audiophile products are sold almost exclusively to men who listen alone in a ritualistic setting. Wireless headphones are more ubiquitous. An audiophile can buy them for his entire family.

Of course, wireless headphones do have their downsides. Some don't have very good battery life. Others have little to no bass performance. Critics say that Apple's in-ear solution looks like two Sonicare toothbrush heads sticking out of your ears. Nevertheless, Apple is selling them (at $159) faster than they can make them. Wireless ear buds are easier to lose and potentially can have synchronization problems between the two pods.

Still, I'm encouraging the audiophile community to fight the traditional urge to cling to old technology--in this case, the wire for headphones--and embrace music and audio for the masses. It's a huge opportunity in today's global economy.