Mark Smotroff lives music pretty much 24/7. In the world of Marketing Communications, Mark cut his teeth in New York City doing PR for Sony and Sharp in the 80s before moving to San Francisco, driving a new wave of... 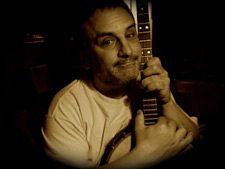 In the world of Marketing Communications, Mark cut his teeth in New York City doing PR for Sony and Sharp in the 80s before moving to San Francisco, driving a new wave of passion for video games in the 90s with Sega, Acclaim Entertainment, 3DO, US Gold and many others. Mark spent much of the first decade of this 21st century spreading the gospel about surround sound home theater technologies for DTS, including the launch of DTS HD Master Audio. You can read more about Mark's business career at www.smotroff.com.

Mark's knowledge of music and technology has also enabled him to build a reputation as a music reviewer / feature writer for numerous publications. In the 1990s, Mark wrote for EQ Magazine, Mix Magazine and DISCoveries Magazine (acquired by Goldmine Magazine). More recently, Mark has written for Audiophilereview.com, Sound+Vision Magazine, HomeTechTell.com and Big Picture Big Sound.

Surprising many of his industry friends, Mark has also emerged as a musician and composer. In addition to leading bands performing his original tunes (www.ingdom.com), Mark's songs have been used in TV shows such as Smallville and Men In Trees as well as some films and documentaries. He is now rolling out a rock opera he's written, which you can explore at www.dialthemusical.com.

You can also find more information about Mark on his Google Plus profile.

Mark's Current Reference System:
Mark chose his gear carefully to obtain great sound quality approaching audiophile grade standards, yet keeping within reach of his budget and those of his friends. A true believer that audio gear doesn't have to cost big bucks to sound great, Mark has converted many iPod-era friends to upgrade their systems even just a little bit to make big leaps in fidelity. Many of Mark's friends are now in the process of upgrading their gritty lo res MP3 files to (at least) CD quality, buying turntables and new vinyl and some even diving into the world of 5.1 surround due to Mark's demos.

• JBL 4410A Studio Monitors
(2 in studio/office, 2 in front channels of home theater system)

Other accessories and tweaks: