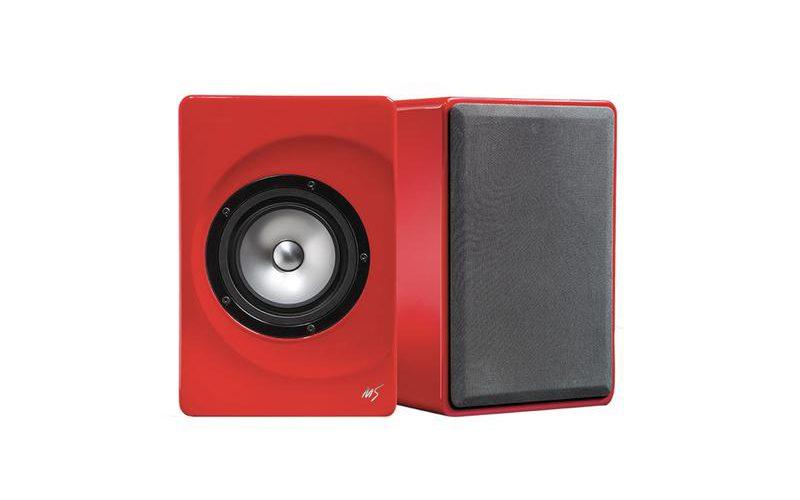 Audio Reviews, Bookshelf Speaker Reviews, Equipment Reviews
Published On: April 18, 2018
We May Earn From Some Purchases Via Affiliate Links

Most of the highest regarded loudspeaker manufacturers have been around for a while, but sometimes a new manufacturer can appear, seemingly out of nowhere, with impressive entries into the already crowded loudspeaker market. Magico and YG are two examples of “younger” companies that have produced state-of-the-art loudspeakers. Now, judging by the rave reviews and awards garnered by its products, MarkAudio-SOTA is another new firm (they were formed in 2014) whose products have made serious inroads into old-school loudspeaker turf.

HomeTheaterReview.com recently reviewed the company’s Cesti T floorstanding loudspeaker, but the Cesti model that caught my eye was the smallest one, the Cesti MB ($1,595/pair). What made the Cesti MB so attractive to me? Simple: its potential as a nearfield, desktop monitor. Unlike all the other MarkAudio-SOTA designs, the Cesti MB is a single-driver design. There’s no crossover, which can be a very good thing if (and only if) the full-range driver can manage to be full-range (enough) and free of noticeable harmonic issues. Let’s see if the Cesti MB can pull off this challenging sonic feat. 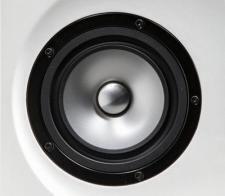 Product Description
In an age when very few loudspeaker manufacturers still make all the components (especially the drivers) in their own factory, MarkAudio-SOTA is in the minority of ones that do make their own drivers. The Cesti MB’s single-driver design is based on the patented SOTA 11 110mm-diameter full-range driver. The Cesti MB’s specifications claim that it can produce 40 Hz to 25 kHz when ensconced in the Cesti MB enclosure. Its cone is constructed of a combination of alloys that allows for low mass yet high rigidity.

All MarkAudio-SOTA loudspeakers employ what the product literature calls “Symmetrical Technology.” The literature doesn’t explain much beyond the fact that the drivers employ a wide-dispersion, shallow-profile cone shape as opposed to a conventional driver’s steeper shape. Perhaps in the future the company will release a white paper that completely explains its proprietary technology.

Ergonomic Impressions
Most of the loudspeakers I use in my nearfield desktop system end up being turned inward enough when facing my listening position that I can’t see their sides. The Cesti MBs proved to be an exception. Due to a design that intentionally has a rising top end when you listen directly on-axis, I set up the Cesti MBs facing directly forward, with no turn-in whatsoever. They ended up almost 45 degrees off-axis from the listening position.

I would strongly recommend raising the Cesti MBs off the desktop via some stands. I used IsoAcoustics stands with their highest columns, which put the Cesti MB drivers almost exactly on the same level as my ears (I’ve found this to be the ideal height for single-driver designs). I also used a Velodyne DD10+ subwoofer, set to a 55-Hz roll-off, while the Cesti MBs were allowed to roll off natively, without any low-end cut-off.

Sonic Impressions
The Cesti MBs may not have been designed to be used exclusively as nearfield desktop monitors, but that proved to be a nearly ideal use for them. The most impressive aspect of their performance was their seamless, expansive, and dimensional soundstage. Locational cues, whether way off to the outer edges of the soundstage or placed dead-center, were easily discernable, which made it easy to identify each element in a mix, no matter how complex that mix may be.

Because they have no separate drivers that require a crossover, the Cesti MBs have a high level of phase coherence throughout their frequency range. I did not hear any suck-outs or harmonic hot spots, and the transition from bass to upper treble was smooth and well balanced. Also, because the Cesti MB has no vents, ports, or other bass-enhancing design additions, it does not exhibit any group delay or harmonic embellishments in its bass response. While the specs list a 40-Hz crossover point, I found that 60 Hz was a more real-world figure for the Cesti MB’s bass extension in my desktop system.

Since the Cesti MB is a single-driver design, you might expect the frequency extremes to suffer some truncation. Treble extension was not as airy as a small, two-way monitor like the ATC SCM7 II, but bass extension was not as limited as you might expect from a sealed-box, single-driver system. If you use the Cesti MBs with a subwoofer, like I did, you will find that its low-frequency roll-off, which avoids any enhancement of the midbass, will be relatively easy to mate with your sub.

The only performance area where the Cesti MBs were clearly bested by my usual reference desktop monitors–which are either the Audience 1+1, Role Kayak, or ATC SCM7 II–was in the area of low-level inner detail. There was a point where my reference loudspeakers dredged up more of the fine details within the soundfield and defined the edges of each element in the mix in a more concrete and definitive way. I suspect this slight loss of detail can be attributed to the Cesti MB’s top end, which is not as extended as that of any of my reference loudspeakers. 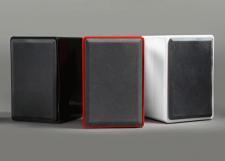 High Points
• The Cesti MBs offer precise lateral imaging.
• These speakers are rugged and can handle power.
• Their sound has a low fatigue factor, and they produce a large sweet spot.

Low Points
• The Cesti MBs need to be mated with a subwoofer to be a full-range system.
• They also need stands to get them higher off the desktop.
• The overall resolution level is medium-high rather than super-high.

Comparison & Competition
Audience’s “The One” loudspeaker ($999 MSRP) is an obvious competitor. Both speakers use single, full-range driver designs with proprietary drivers. The One uses a much smaller enclosure and augments its bass with passive radiators, while the Cesti MB is a sealed-box design. The Audience loudspeaker has superior inner detail and low-level definition, but the Cesti MB can play louder without strain and has a larger sweet spot when set up optimally. The Audience speaker produces tighter, more focused images within its soundstage, but the Cesti MB creates a slightly larger soundstage overall. They are both fine designs, so your preference will depend more on what sonic values you hold in the highest esteem.

Conclusion
In almost 40 years of listening to high-performance loudspeakers, I’ve never heard a loudspeaker that excels with every sonic parameter and works optimally in every room in which it is ensconced. The goal for me has always been to find loudspeakers that do most things well and don’t have any major Achilles heel. For me, a $1,600 pair of loudspeakers that achieves this goal is a success–and I do consider the MarkAudio-SOTA Cesti MB speakers to surpass that goal. On my desktop, they served up a near-perfect combination of detail with euphony, combined with dynamic acuity and control.

If you have the luxury of spending multiple hours using a nearfield system, I would definitely consider adding the Cesti MB loudspeakers to your list of potential monitors. They always tell the musical truth, but they do it in a non-fatiguing way that is even more welcome as day turns into night.