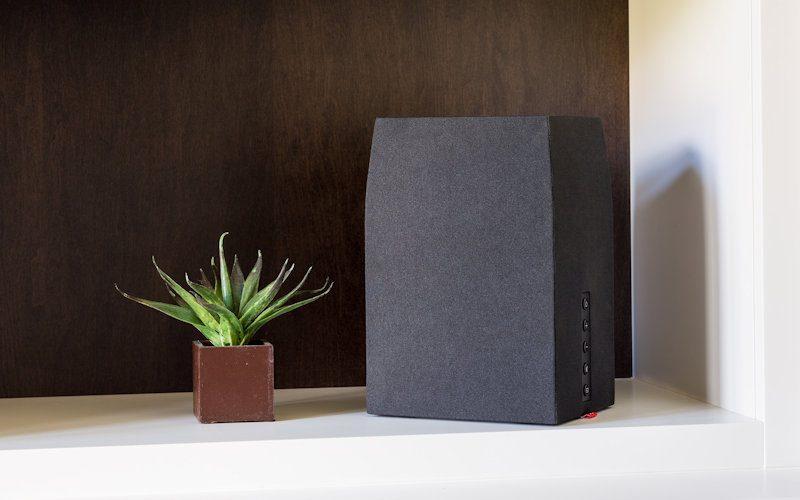 Audio Reviews, Equipment Reviews, Wireless Speaker Reviews
Published On: July 12, 2017
We May Earn From Some Purchases Via Affiliate Links 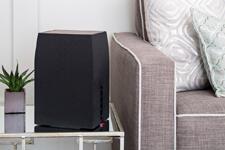 Certain audio brands inspire a visceral reaction from audiophiles, much like saying the word "Porsche" to a car nut. I'd put MartinLogan in that category. I've had limited review time with MartinLogan products; however, between the demos I've heard at shows and the chatter I've heard from colleagues, my impression has been quite positive. Even when we're talking about a company with the pedigree of MartinLogan, the news of yet another entry into the wireless powered speaker market might elicit a yawn from most readers. How does a manufacturer differentiate itself and generate excitement in this heavily saturated category?

The answer, first and foremost, is sound quality. Once you get beyond that oh-so-critical element ... well, things begin to get foggy. Some would say aesthetics, although I tend to disagree. If a speaker sounds really good, most audiophiles will likely overlook or at the very least minimize aesthetic shortcomings.

Enter the MartinLogan Bravado speaker, which retails for $699.95. Technically speaking, the Bravado features two of the company's Folded Motion tweeters and a five-inch aluminum woofer. The dual-tweeter design is said to dramatically reduce distortion, and my experience confirms it. The Bravado is powered by a 200-watt Class D amp. You can use the Bravado as a single-speaker solution or set two up as a stereo pair. Since MartinLogan sent me a pair, that's how I set them up and used them. A major advantage of this configuration over the single-speaker solution is that you can play around with the positioning of the speakers, creating critical separation.

The Bravado also has Anthem Room Correction built-in, giving you the flexibility to further tweak the sound to create a more compelling soundstage than a single-speaker solution can provide. While this may seem like overkill to some, it's a difference maker to others, especially when you're dropping a decent amount of cash on a pair of powered speakers. 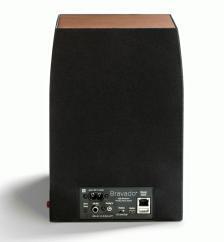 The Bravado is networkable speaker, sporting Wi-Fi and an Ethernet port. AirPlay and DTS Play-Fi are built-in (no Bluetooth, though). After an exceedingly simple hookup and network connection via the DTS Play-Fi app, I streamed "Offend in Every Way" from The White Stripes through Pandora on my iPhone. While this was not a critical listening session, I was so captivated by what I heard that I grabbed a pen and paper to note how visceral and edgy the guitar sounded. The speakers are also somewhat forgiving, given the inherent compression when streaming Pandora.

Maybe this is just me, but typically the more time I spend listening to a given set of speakers, the more fault I'm able to find. I had the opposite experience with the Bravados. With each listening session, I noted a different strength. With the White Stripes, it was the guitar. With the Black Keys, it was the midrange that grabbed my attention. With Ed Sheeran and Fleetwood Mac, it was the vocal resolution and bass, which was surprisingly deep given the size of the drivers. (The Bravado does sport a subwoofer output if you want to add a sub.)

My day-to-day wireless speaker is the Bowers and Wilkins Zeppelin. I simply found the Bravado combo to be more engaging than the Zeppelin, and that's really saying something given the sonic prowess of Bowers and Wilkins' offering. Admittedly, the comparison was a bit biased, since I was comparing a single Zeppelin to a much more costly MartinLogan stereo pair.

While I experimented with AirPlay, I was so enamored with the DTS Play-Fi app, that's what I ended up using for the majority of my time with the Bravados.

High Points
The Bravado is highly flexible in terms of playback options. You can stream from a PC, Mac, Android, or iOS device and access a bunch of streaming services. High-resolution playback is supported, and there's a 3.5mm analog in, too.
• Setup is intuitive, with room correction software/hardware and the ability to add an external subwoofer.
• The DTS Play-Fi app was generally stable, well coded, and simple to use.

Low Points
• There's no love for Macs with the Anthem Room Correction software (although there is an iOS app).
• The Play-Fi app would sometimes only recognize one Bravado speaker and not the other.
• The Bravado lacks Bluetooth.

Since I was A/B testing the Bravados against the Zeppelin, I'm going to go ahead and mention the B&W Zeppelin as a strong competitor. It's priced similarly for a single speaker, and it has impeccable sound quality.

Sonos is a pioneer in the wireless speaker realm, and its Play line of speakers is worth a look. Sonos is known for above-average sound quality and a similar feature set to what MartinLogan offers with the Bravado.

Definitive's $699 W9 is another powered speaker that uses DTS Play-Fi technology. You can read our review here.

Conclusion
The Bravado's sonic signature, its intuitive and exceedingly simple/flexible DTS Play-Fi app, and its built-in room correction make it a compelling offering. If $699.95 is within your budget for a powered tabletop speaker (or $1,399.90 for a stereo pair), you'd be doing yourself a disservice by not giving this system an audition. There's really nothing negative I can say about it from a performance perspective. It's clear that the engineers at MartinLogan took care to ensure that they were bringing a quality product to market--sonically, aesthetically, and in its functionality.