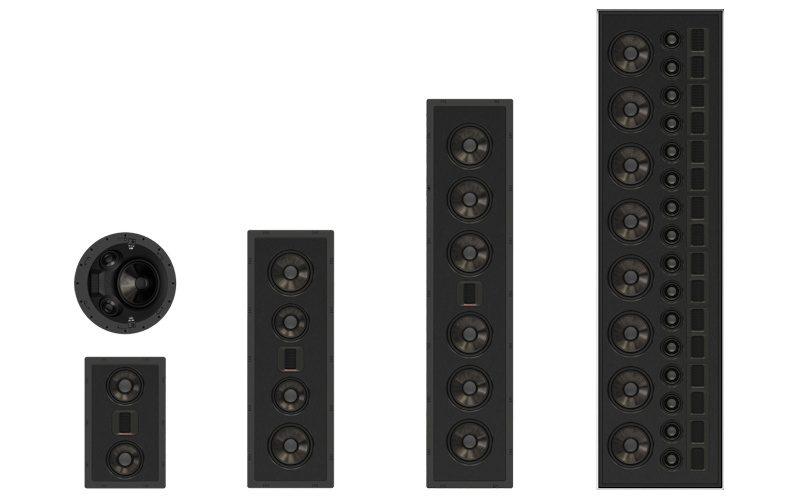 In-wall Speaker News, News
Published On: September 16, 2019
We May Earn From Purchases Via Links

At CEDIA Expo 2018, MartinLogan became the talk of the show by leading attendees into a darkened room and demoing a system that no one could see, with no details about form factor, specifications, pricing, or even the underlying technology.... 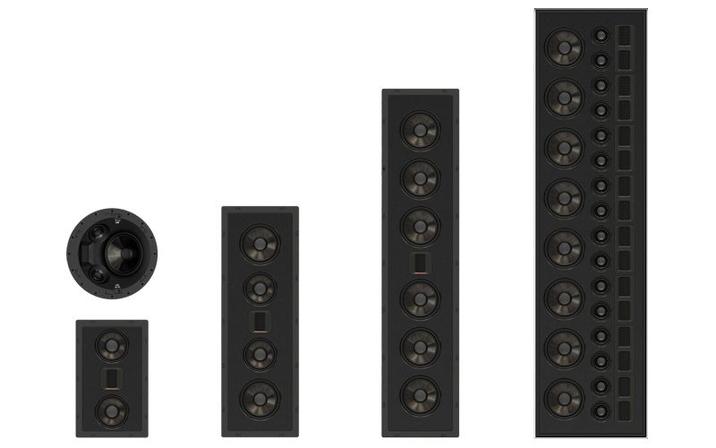 At CEDIA Expo 2018, MartinLogan became the talk of the show by leading attendees into a darkened room and demoing a system that no one could see, with no details about form factor, specifications, pricing, or even the underlying technology. At this year's show in Denver, we finally got to see what all of the fuss was about. The company's new Masterpiece CI Series comprises five new models in all, including four in-walls and one in-ceiling speaker, all relying on the company's Folded Motion XT Obsidian. The real star of the show, though, was the flagship Statement 40XW which boasts forty drivers in all, configured as a line source, with sixteen tweeters, sixteen 3.5-inch mid drivers, and eight 6.5-inch woofers. This beast of a speaker served as the front left and right channels for an impressive 9.4.4-channel demo system (accompanied by four Dynamo 1600X subs).

For more details on the new Masterpiece CI lineup, read on for the full press release direct from MartinLogan:

The use of 16 tweeters, 16 mid-range drivers, and eight woofers significantly contributes to the effortless sonic presentation of the Statement 40XW. All drivers, even superb drivers such as the carbon fiber cones and thin-film tweeters used in the speaker, begin to exhibit distortion when pushed hard. By using a large number of drivers operating in perfect unison, the movement required from each driver is a fraction of what it otherwise would be while still achieving impressive levels of overall output. The combination of such inherently high-resolution drivers and the reduction in demands on each results in a highly accurate and distortion-free performance during even the most demanding sonic passages.

Additionally, with large line source designs, as seating positions move further away from the speaker, sound levels don't drop off as quickly as they do with smaller, less efficient speakers. The ability of the Statement 40XW to deliver higher levels of sound over much greater distances results in an extremely uniform sound pressure throughout large rooms--especially beneficial in substantial home theaters with multiple rows of seating.

To deliver accuracy in the critical midrange, mid-frequency drivers feature a specially engineered "stiff" suspension. Stiffening the suspension (the spider and surround) raises the driver's resonant frequency and optimizes its performance to achieve a natural roll-off and inherently operate within an ideal range for a mid-frequency reproduction (as opposed to a comparably sized woofer).

Each cone includes a concave dust cap that adds additional strength and rigidity while further reducing break up modes. An inverted surround design maximizes clearance behind the grille cover to enhance driver excursion, clarity, and linearity.

Vojtko crossovers are named after MartinLogan's chief audio technologist, Joe Vojtko. His unique approach to crossover design is as big of a part of the "MartinLogan Sound" as are electrostatic and Folded Motion thin-film driver technologies. A Vojtko crossover isn't so much a set of design requirements as it is a philosophy. Vojtko crossovers are designed in such a way that all drivers are kept within their optimal frequency range and balanced with one another. The drivers themselves are as much a part of a Vojtko crossover as are capacitors and resistors. Before the design of any crossover begins, drivers are carefully selected or designed to operate within a very intentional frequency range and with precise and predictable performance parameters. Vojtko crossovers are always built from high-quality parts, and care is taken to avoid overly complex topologies--a straightforward objective due to the careful selection of woofers and tweeters. The final (and most critical) aspect of a Vojtko Crossover is that final voicing is conducted in a space that is indicative of a real-world environment. This pragmatic approach allows MartinLogan speakers to sound their best in real-world rooms.

Statement 40XW incorporates a reinforced back box that embeds into the wall and a flush-mounted grille that installs even with the finished wall surface. This platform decouples the drivers from the wall surface while maintaining a clean aesthetic with a high level of fit and finish. The speaker is designed to work with either ½- or ⅝-inch wallboard in new construction or retrofit installations.

Sistine 4XC utilizes a dense, ejection molded back box with a sealed design that helps keep sound from leaking through the wall to unintended areas of the home, while also providing predictable airspace for the woofers to perform their best.

The most significant benefit of a built-in, acoustically inert and sealed back box is predictable volume and a construction methodology that removes the variables of the wall cavity size and construction quality from the acoustic equation, guaranteeing a consistent, accurate performance, regardless of installation. By maintaining complete control over driver performance, crossover design, and cabinet construction, Masterpiece CI in-wall and in-ceiling speakers can achieve an emotionally engaging experience on par with the rarified performance of the world's most exceptional floorstanding speakers.

Simple Installation and Die-cast Aluminum Mounting Locks
Each speaker includes a full-size installation template featuring quick-reference instructions, and die-cut guides for marking the cutout hole. A simple, yet robust die-cast aluminum mounting-lock system maximizes strength while allowing quick, trouble-free installation. Pocketed screw holes help hold the drill steady, making installation a snap. When not in use, mounting locks are secured within a self-contained housing. When moved into place, they couple the chassis firmly to the ceiling or wall, increasing the rigidity of surfaces. If ever removed, the locks retract and latch back in their housings. Spring-loaded binding posts feature a large 4.5mm wire access hole and connect via banana plug, pin, or 10AWG bare wire.

Pre-installation brackets are available for every model in the Masterpiece CI Series, except for the Statement 40XW which requires unique considerations for installation.

These are the five models in MartinLogan's new Masterpiece CI Series: