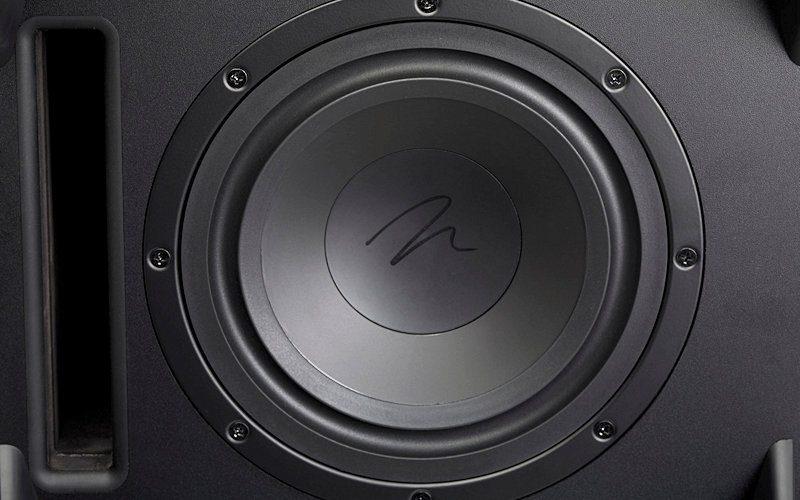 Audio Reviews, Equipment Reviews, Subwoofer Reviews
Published On: December 3, 2018
We May Earn From Some Purchases Via Affiliate Links

When MartinLogan sent me its Motion 4i speakers to review recently, the company also sent along the Dynamo 600X subwoofer ($599.95) to provide the bottom end, along with its accompanying SWT-X wireless kit ($199.95).

The 600X has a 10-inch down-firing woofer with a 120-watt RMS amplifier in a ported 16.3 by 14.5 by 14.9-inch matt black enclosure weighing 35.5 pounds. Power modes include on and auto, but there is no trigger input to synchronize to other equipment. Audio inputs include line level RCA left and right/LFE, as well as speaker level input via banana plugs, not five-way binding posts, as you would expect. There are no audio outputs available. There is, however, a Micro-USB input for for firmware updates and Anthem Room Correction (ARC), and a slot for the optional SWT-X receiver. 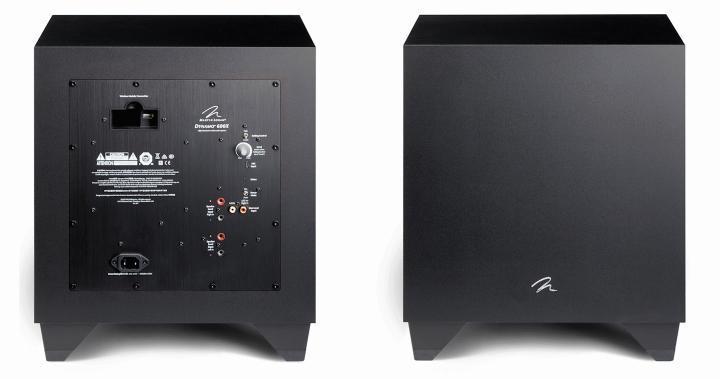 The 800X and up are designed with an ingenious way to change the sub orientation from down- to front-firing simply by rolling the sub on its side and re-positioning the feet. The 400 and 600X do not, however, include this feature. No matter, really. Any supposed advantages or disadvantages to one orientation over the other are far outweighed by proper orientation, so no matter how you configure these subs (if you have that option), it’s best to rely on the tried-and-true method of placing the sub where you typically sit, then walking around the room to find the spot that sounds best and still provides the impact you like. Then place the sub there and confirm by sitting back in your sweet spot and listen again. Keep in mind a down-firing orientation will be much affected by the sofa or chair absorption factor when conducting such a trial. Another element to consider would be if you have small children or pets that might want to play with the speaker. Then you would be well-advised to choose a down-firing sub for the protection that offers.


I evaluated the MartinLogan Dynamo 600X subwoofer in both 2.1 and Dolby Atmos setups. For the 2.1 listening sessions, I kept the Motion 4i pair hooked up to handle the mids and highs, relying first on my Glow Audio Amp Two tube amplifier, and then my SMSL AD18 Class D amplifier using my MacBook Pro as a FLAC file music server, alternating between the internal DAC and the DAC built into the SMSL amp.

When I switched to watching TV and movies, I replaced my reference Miller & Kreisel V-75 Mark II Subwoofer with the 600X, leaving the rest of my 7.1.4 Dolby Atmos system in place.

Performance
Whether you are building a surround sound system primarily for TV and movie watching or setting up a 2.1 music listening area, off-loading the bass duties from your other loudspeakers can be tremendously advantageous. Particularly in the case of pairing the 600X with the Motion 4is, which inherently lack any bottom-end impact, the results were well worth the added cost. Listening in this 2.1 configuration, the mids and highs became even clearer and the sound field really opened up, while the Dynamo 600X subwoofer provided much-needed bass extension. As the point-one in a surround sound set-up, the 600X reproduces the lower register notes cleanly, but due to its relatively small physical size and single down-firing 10-inch woofer, there is less impact than I like for low frequency effects. Perhaps for a smaller room, the 600X would be enough. As previously stated, there are larger models in the Dynamo sub series and a better comparison to my 12-inch reference sub would have been the 1100X or even the 1600X.

That said, I moved the 600X to a smaller room (fifteen feet by seventeen feet) and found the results much better for both music and movies. MartinLogan really understand the phrase “different horses for different courses.”

The 600X really shines when asked to reproduce jazz and airy selections where the vocals are paramount, as the bottom-end never clogged up the mids or highs. The lowest notes were faithfully reproduced and the overall musicality of the combination of the Motion 4is and the 600X are certainly audiophile quality. 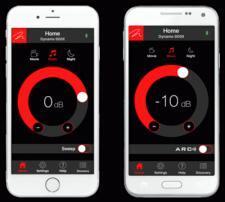 The 600X offers a lot for the money, including Anthem Room Correction (ARC) via iOS and Android app and control via the MartinLogan Sub Control app. I tweaked the controls available on the back panel of the sub and got what I thought were the best sounding settings and listened to some music and then watched a few scenes from a handful of movies. Pretty good, I thought.

Then I ran the ARC app and it got better … much better. I strongly suggest you at least try ARC to see if it doesn’t dial in the best settings. The Sub Control app is also incredibly useful. Particularly effective is the ability to call up one preset for movies and another for music. Rather than compromising on a single setting that does a good job at both music and movies, separate presets for each optimize the subs capabilities resulting in an accurate and tight response for music while letting the air move more freely to better express explosions and rumble necessary for TV and movies. Last but not least, the app has the ability to trigger a sweep generator that is most useful to help you find resonant items in your room so you can rearrange that glass vase or secure the gap in your picture frame hanging off the wall.

Comparison and Competition
The RSL Speedwoofer 10S ($399) has a 10 inch front-firing woofer with a more powerful 350 watt RMS amplifier in a ported 16 by 15 by 17.75 inch satin black enclosure. Power modes include on and auto, but here again there is no trigger input to use to synchronize with other equipment. Audio inputs include line level RCA left and right/LFE, as well as speaker level via binding posts. Audio outputs, which are not available on the ML 600X, include RCA left and right line-level outputs. If your source does not have a separate sub output, you can use the Speedwoofer to pass the right and left signal through to your speakers. The Speedwoofer 10S doesn’t, though, provide an on-board tone sweep or room correction. RSL relies upon the fact that AV receivers typically provide bass management and overall calibration as part of their auto room set-up process. There is an optional wireless kit ($50) available. Considerably less expensive, the more powerful front-firing Speedwoofer manages to hold its own and then some sonically by delivering more punch in larger rooms for both music and movies.


The ported SVS PB-1000 and sealed SB-1000 ($499.99 each) have respectively 12 inch and 10 inch front-firing woofers and have more powerful 300 watt RMS amplifiers than the 120 watt RMS Dynamo 600X. Power modes include on, auto, and trigger input. Audio inputs include line level RCA left and right/LFE, as well as speaker level via binding posts. Audio outputs include RCA left and right line-level outputs. There is an optional SoundPath wireless kit available for $99.99. Like the RSL Speedwoofer 10S, the SVS offer more punch, which really comes into play when dealing with movie effects and makes either sub suitable for larger rooms than I would put the 600X into. That is not to say the SVS subs can’t do music–they do and they do it well, with bottom-end that can be felt as well as heard.

Conclusion
If your room is larger than 225 square feet, the MartinLogan Dynamo 600X may not be the best pick for you in the Dynamo lineup. But for smaller rooms and especially if you listen to music more often than movies, or even if explosions and crashes aren’t what you are looking for, the MartinLogan 600X finds a very sweet spot at the intersection of price and performance.

With Anthem Room Correction, a nice remote app, and other smart connectivity features, the 600X sets itself apart from the budget subwoofer pack, not necessarily with sheer output or extension, but certainly with style. It offers great musicality and blends beautifully with MartinLogan’s Motion speakers, so depending on your room size and sonic preferences, the 600X might be the right choice for your system.