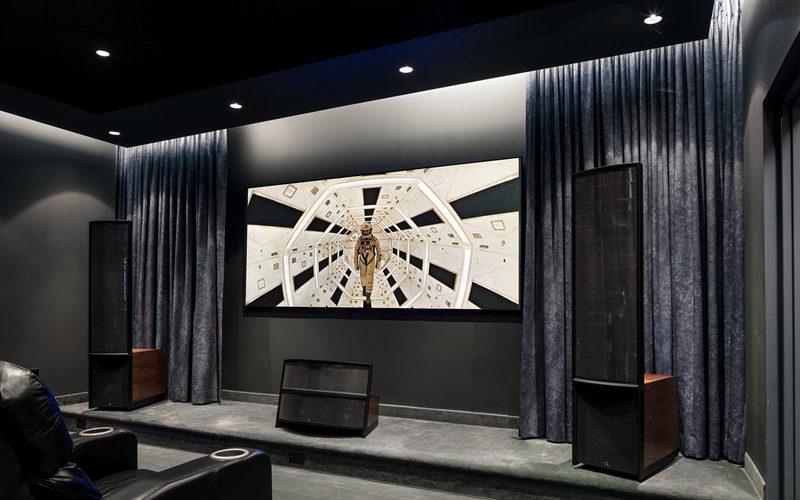 Audio Reviews, Bookshelf Speaker Reviews, Equipment Reviews
Published On: September 20, 2017
We May Earn From Some Purchases Via Affiliate Links

I recently had the pleasure of reviewing MartinLogan's Expression ESL 13A, an electrostatic speaker that uses a relatively large panel to reproduce everything over 300 Hz in a dipolar radiation pattern. As electrostatic systems differ significantly from traditional speaker designs,...

I recently had the pleasure of reviewing MartinLogan’s Expression ESL 13A, an electrostatic speaker that uses a relatively large panel to reproduce everything over 300 Hz in a dipolar radiation pattern. As electrostatic systems differ significantly from traditional speaker designs, it makes it difficult to mix and match electrostatic front speakers and traditional center speakers and come anywhere close to having a seamless and cohesive soundstage. When I reviewed the Expression ESL 13As, the Illusion C34A center-channel speaker had not yet been introduced. This meant that I either had to use a “phantom” center channel or a completely different set of speakers when watching movies and listening to multichannel music.

When MartinLogan announced the release of the new center-channel lineup consisting of the Illusion ESL C34A ($6,995) and Focus ESL C18 ($3,495), I jumped at the chance to get an electrostatic center channel that would match up well with the ESL 13A. The ESL C34A is the largest center-channel speaker I have ever reviewed, measuring over 32 inches wide and approximately two feet deep and high. It weighs in at 90 pounds. Aesthetically, it looks like a squat, wide version of one of MartinLogan’s electrostats, with the Ultra-Rigid AirFrame framing positioning the eight-inch-high, 34.5-inch-wide Curvilinear Line Source Electrostatic panel above the woofer cabinet. In the center of the panel, there are two Folded Motion XT tweeters arranged vertically, which have a total surface area of 4.5 by 2.75 inches. The grille extends downward to protect four, 6.5-inch aluminum cone woofers. These woofers extend down to 45 Hz and are powered by a 250-watt amplifier controlled by a 24-Bit Vojtko DSP Engine that can be adjusted using the Anthem Room Correction software. A detailed description of the Anthem Room Correction system and electrostatic transducer technologies can be found in my review of the Expression ESL 13A. 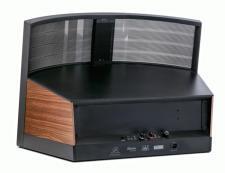 On the back of the cherrywood woofer cabinet (many other finishes are available), you will find WBT binding posts, an IEC power plug, an RJ-45 connector and mini-USB port for the Anthem Room Correction, and controls for bass (+/-10 dB under 75 Hz) and mid-bass (+2, 0 = 2 dB). Due to the size of the ESL C34A, I placed it on the floor in front of the equipment stand that I normally use as a center-channel speaker stand. If your room does permit placing the center channel on the floor, MartinLogan’s ESL C18 ($3,495) can be placed on a shelf or even mounted on a wall.

The hardest part about setting up the ESL C34A was getting it out of the box as this is definitely a two-person job. Once I had the speak in place, I connected Kimber Cable speaker cables to the WBT binding posts and let the speaker break in for a couple of weeks. The rest of the audio signal path consisted of two OPPO disc players (the BDP-95 and UDP-203), two Marantz AV processors (the AV8802 and AV7703), and a Krell Home Theater Standard Amplifier. The aforementioned MartinLogan ESL 13As flanked the ESL C34A in the front left and right positions.

The ESL C34A matched the Expression ESL 13As perfectly, both sonically and visually. The sound quality did not change at all when panning across the front three channels. While watching Star Trek Beyond (4K UHD and Blu-ray, Paramount), I was impressed by the ESL C34A’s dynamic range and ability to reproduce mid-bass with authority. This made for a solid center image. I also listened to a variety of multichannel music discs and concerts in which the capabilities of the C34A were put to the test. 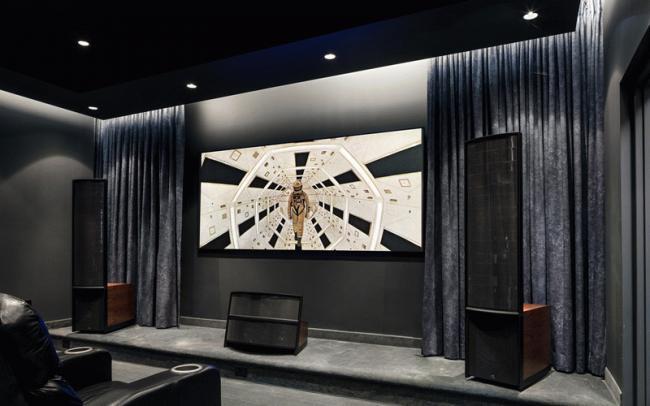 Low Points
• The size and height of the speaker limit placement options.
• If you are seated far off-axis, performance suffers due to relatively limited horizontal dispersion.

Comparison and Competition
This section is difficult to apply to center-channel speakers, as their selection is heavily dependent on your system’s main speakers. Sure, there are other flagship or “statement” center channels, but it is extremely unlikely that you would mix manufacturers or speaker types when you are utilizing expensive, high-performance speakers. That said, an alternate speaker would be MartinLogan’s own Focus ESL C18, which is a smaller speaker cable of being mounted on a stand or wall. It will not have the bass extension of its larger sibling. I also compared the ESL C34A to a much older MartinLogan center channel, the Stage. The Stage appears to be between the ESL C34A and the ESL C18 in size. Sonically, the ESL C34A had more dynamic capabilities in the midbass, as well as better extension. The ESL C34A also had a clearer midrange and better high-frequency extension compared with the Stage.

Conclusion
Over the past few years, I’ve used both MartinLogan’s Stage and B&W’s top-of-the-line HTM1 D2 for center-channel duty, as well as other models. As I said above, the ESL C34A is noticeably better than the Stage, with better definition and tauter bass. The HTM1 is the only other center channel I’ve had in my system that compares in terms of vocal clarity and dynamic capabilities. When I first installed the ESL C34A, I was concerned that its position on the floor would cause the center image to be lower and perhaps cause issues when sounds panned across the front, but this did not occur when watching movies. Every once in a while, I thought, “Gee, was that bit lower in the center?” But I think that was mostly because I was looking at a speaker sitting on the floor.

In short the Illusion ESL C34A is a world-class center channel. If you have a MartinLogan system, it is a no-brainer. And if you are not a MartinLogan owner, all hope is not lost, since the ESL C34A’s tone-control capabilities provide some flexibility to blend this center channel with other speakers.