When you think McIntosh, you no doubt thing great big, super-cool-looking amps, preamps, and sources connected to the sorts of tower speakers that dominate a room. Super swanky dials and meters. That unmistakable blue glow. But at this year's CEDIA... 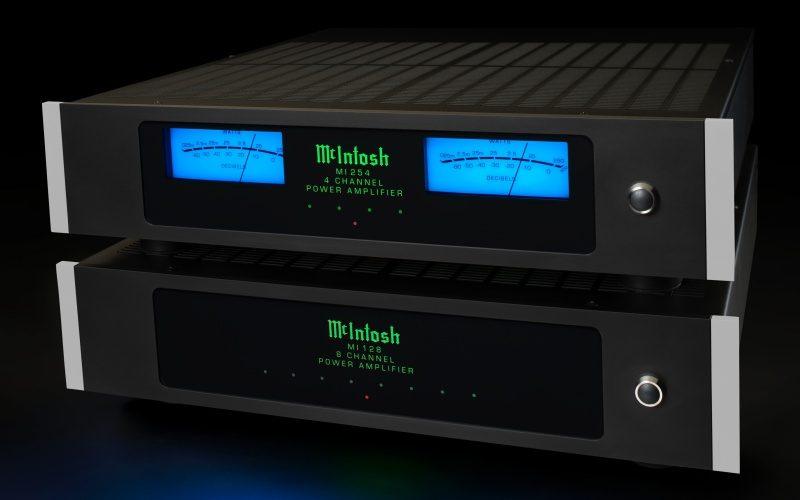 When you think McIntosh, you no doubt thing great big, super-cool-looking amps, preamps, and sources connected to the sorts of tower speakers that dominate a room. Super swanky dials and meters. That unmistakable blue glow. But at this year’s CEDIA Expo, McIntosh is coming out swinging with some really cool products designed to be heard and not seen, without losing that cool McIntosh appeal. In addition to new in-wall and in-ceiling speakers, the company is also debuting new four- and eight-channel distributed audio amps that rely on–get this!–Class D amplification.

Full details from the press release:

McIntosh, the global leader in prestigious home entertainment and ultimate-quality audio for over 65 years, will debut a new line of Custom Install products at the 2018 CEDIA EXPO. The new line of Distribution Amplifiers and In-Wall & In-Ceiling Speakers will be demonstrated throughout the show in the McIntosh sound room #SR-13.

“We are excited to return to the custom install category with these new amplifiers and speakers,” says Charlie Randall, McIntosh President and CEO, referencing the company’s previous multi-room offerings. “Many of our traditional home audio products have been used for distributed audio applications by talented CI installers. We are happy to once again offer products specifically designed for custom installation.” Dan Wakefield, McIntosh Vice-President of North American Sales, adds “The performance of McIntosh home audio products is legendary and goes back nearly 70 years. We’re thrilled to bring that level of performance back to the CI channel.”

The new distribution amplifiers consist of the MI254 and MI128 Power Amplifiers. The MI254 is a 4-channel amplifier outputting 250 Watts per channel, while the 8-channel MI128 outputs 120 Watts per channel. Each employ highly sophisticated closed loop digital switching amplifiers that are paired with extremely robust power supplies to produce performance levels that are rarely achieved in distributed audio. Both have the same installer-friendly physical dimensions and are 2U rack mountable (mounting ears are removable for non-rack installations). As highly efficient Class D amplifiers, they do not require noisy cooling fans to maintain nominal operating temperature. In addition to distributed audio use, the MI254 is well suited for home theaters to drive surround sound speakers and could be integrated into virtually any existing home theater system.

On the front panel, both feature multi-color LED indicators to display the status of each channel. The MI254 also includes two blue McIntosh Watt Meters that display the summed power output of channels 1 + 2 and channels 3 + 4. On the back, the MI254 uses our standard 5-way speaker binding posts while the MI128 uses 2-pole Phoenix style push-in speaker terminals. The MI128 also includes back panel volume controls for volume balancing, along with 2 digital audio inputs (either coax or optical), and channel summing circuits for easy mono signal distribution.

The MI254 and MI128 share many common features, including: elements of classic McIntosh industrial design and engineering principles as evidenced by the inclusion of signal overload technology that prevents overdriving the speakers; BUS input & outputs to easily distribute a stereo signal to multiple outputs and/or multiple amplifiers; individual channel inputs; 12 Volt triggering capabilities; and eco-friendly on/off signal sensing that automatically turns the unit off if no input signal has been detected for a set amount of time.

In-Wall & In-Ceiling Speakers
In addition to the amplifiers, a new line of In-Wall & In-Ceiling Speakers will be debuted at CEDIA. The in-wall speakers are fully enclosed to provide air sealing plus a controlled air chamber to minimize distortion and response irregularities. They all feature newly designed shallow woofers that fit in standard 2×4 wall construction. The woofers utilize a long throw, high power design with molded carbon reinforced cones with molded elastomeric surrounds for high linearity. The 2″ midranges and ¾” tweeters are the same drivers used in our highly regarded XR50 and XR100 home audio speakers.

Each in-wall speaker will come with all required hardware and mounting mechanisms for post construction installations; new construction brackets will be available. A rough in kit will also be offered for the in-ceiling model. All grilles magnetically attach, are paintable and will leave little to no visible edge of the mounting flange so the speakers can virtually disappear into their surroundings. Each speaker is designed to handle up to 250 Watts of power.

Each of our newly announced Custom Install products will be available beginning Fall 2018 with pricing and exact ship dates forthcoming.