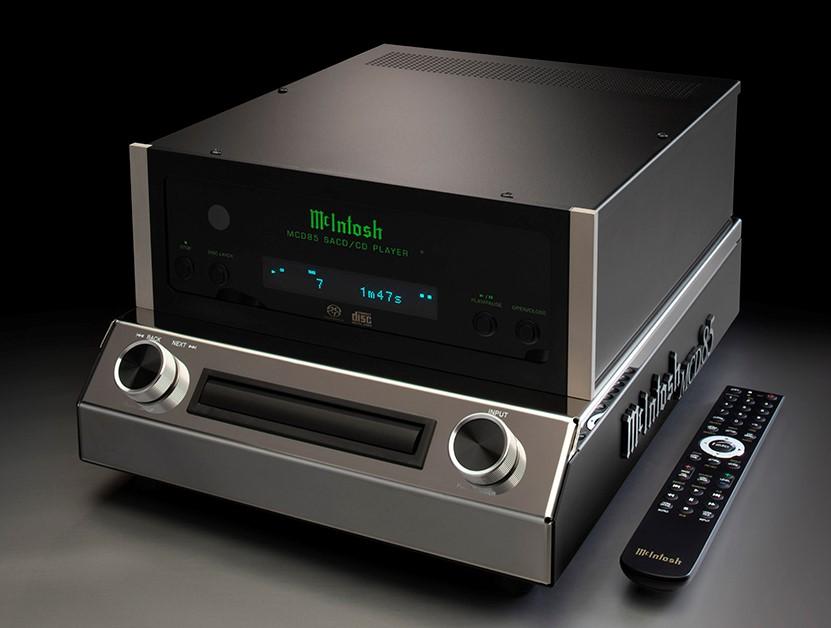 McIntosh said the MCD85 can play store-bought Super Audio CDs and CDs as well as music from homemade CD or DVD data discs.

According to a McIntosh news release, the MCD85 uses 2x read speed – discs placed in its diecast tray that are read at higher speeds, allowing their data to be stored in a buffer memory for better error correction and tracking.

Balanced and unbalanced fixed analog stereo outputs are available to connect the MCD85 to a preamplifier, integrated amplifier, and other home audio system components, the company said.

Additionally, McIntosh said, the USB audio input supports up to DSD256 and DXD 384kHz, allowing the MCD85 to be used to stream digital music from a computer or other digital storage device.

You'll automatically be entered in the HTR Sweepstakes, and get the hottest audio deals directly in your inbox.
Author
John Banks
When you buy through links on our site, we may earn an affiliate commission. Your support is greatly appreciated!
This is the static ad content. This is just a placeholder for now to get things styled.
Visit Website