Meridian has announced that, as of February 1, the company has transferred its software applications business to a new, independent entity called Roon Labs. Meridian acquired the Sooloos music server system in 2009 and integrated it into the company's product... 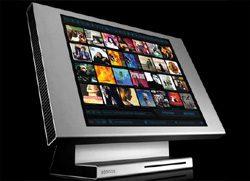 Meridian has announced that, as of February 1, the company has transferred its software applications business to a new, independent entity called Roon Labs. Meridian acquired the Sooloos music server system in 2009 and integrated it into the company's product offerings. Presumably this move will free up elements of the Sooloos experience to be available to a wider, non-Meridian audience. Roon Labs says it will have new partner and product announcements "very soon."

From Meridian
Meridian Audio has announced that it has agreed a deal to transfer the company's software applications business to a newly established entity, Roon Labs.

Explaining the spin-out dealer, Meridian CEO John Buchanan said, "We entered the music streaming market in 2009 with the best-in-class music server combining Meridian's legendary audio quality with the unique and intuitive user experience we had acquired with Sooloos. As the market for streaming products continues to boom, and with the introduction of higher quality music services, Meridian continues to grow its business in this area by investing in developing our award-winning range of high performance audio and home theatre products and focusing on the specific needs of music lovers and the dealers who serve them."

Commenting on the future relationship between Meridian and Roon Labs, Buchanan said, "Having fully absorbed the Sooloos experience into Meridian's hardware product offering, this deal enables our software applications team to establish a separate company, to address specialist software requirements for other consumers. We are now two independent companies focused on our own successes, but Meridian Audio and Roon Labs will continue to collaborate and work closely together into the future."

Describing the vision for his new company, Roon Labs Co-Founder Enno Vandermeer said, "Roon Labs produces software that lets music enthusiasts interact more deeply with their collections, by exploring the music, the people who composed, performed, and recorded it, and the multi-dimensional connections between them." Commenting further Vandermeer said, "We are excited by the opportunity to reach a broader audience and support their choices, both in terms of music content and audio hardware. We look forward to making important partnership and product announcement to the market very soon."

The transfer is effective from 1st February 2015. Meridian Audio retains the Sooloos brand name, and the Cambridgeshire company remains fully committed to the award-winning Meridian Sooloos system--and its thousands of satisfied customers--including the ongoing development of new features, such as the recent system integration of TIDAL's high fidelity music streaming service.