Meridian announced the availability of three new loudspeakers, the DSP8000 SE, DSP7200 SE and DSP5200 SE. They help mark the 25th anniversary of the first digital loudspeaker ever made, and made by Meridian. The price will set you back between... 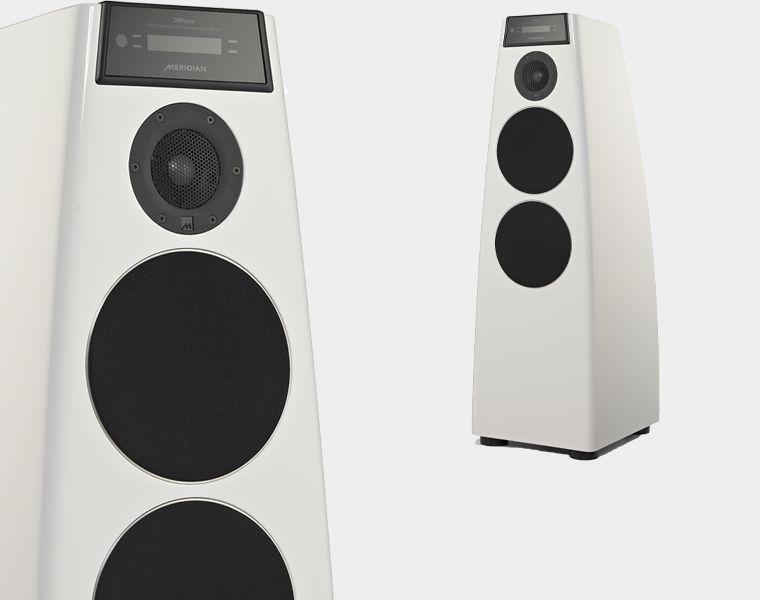 Meridian announced the availability of three new loudspeakers, the DSP8000 SE, DSP7200 SE and DSP5200 SE. They help mark the 25th anniversary of the first digital loudspeaker ever made, and made by Meridian. The price will set you back between $20,000 and $80,000, depending on which you choose.

Meridian Audio is proud to announce the availability of three new Meridian DSP Digital Active Loudspeakers - Special Edition DSP8000 SE, DSP7200 SE and DSP5200 SE (left).
2014 marks the 25th anniversary of the launch of Meridian's first digital loudspeaker - in fact the first digital loudspeaker in the world - the D600, in 1989. From the very beginning, Meridian loudspeakers had been Active - they included the amplifiers and line-level crossovers inside the cabinet. But Meridian had taken the leap into digital audio technology with the introduction of the Compact Disc several years earlier, and it had been evident that an all-digital signal path to
Honouring the 25th anniversary of the introduction of the world's first digital loudspeaker, 2014 has seen Meridian launch and now make available to order a new Special Edition series of DSP Digital Active Loudspeakers, featuring a beryllium domed tweeter, new electronics and driver clamp rings.
Product Summary
The DSP8000 SE, DSP7200 SE and DSP5200 SE all feature the following new improvements:
• New Meridian-designed semi-horn-loaded tweeter with new beryllium dome for outstanding transient response and wide bandwidth.
• Wide bandwidth analogue electronics, optimised to take maximum advantage of high-resolution recordings.
• New DSP including Meridian's unique EBA (Enhanced Bass Alignment) technology to provide fast, clean bass and an open transparent sound-stage.
• All drive units clamped with machined rings to provide enhanced mechanical stability.
Confirmed Recommended Retail Pricing for the new Special Edition Loudspeaker models is;
• DSP5200 SE $20,000.00
• DSP5200HC/VC SE $10,000.00
• DSP7200 SE $46,000.00
• DSP7200HC/VC SE $23,000.00
• DSP8000 SE $80,000.00
• DSP8000VC SE $40,000.00
In introducing the new range of Special Edition Loudspeakers, Meridian has not forgotten the existing owners of Meridian DSP Loudspeakers. Models of DSP5200, DSP7200 and DSP8000 - including the Anniversary Edition - can be upgraded with the new Beryllium-dome tweeter and a complete new electronics and DSP package. This upgrade option also includes a full new warranty for the entire loudspeaker system. Further details will be announced over the coming weeks.
Commenting on the new range, Bob Stuart, one of Meridian's co-founders and now Chairman and Chief Technical Officer, said "The new Special Edition DSP Digital Active Loudspeakers from Meridian provide the most revealing, lifelike and powerful performance of any Meridian loudspeakers to date. Developed from expertise honed over more than 25 years of true research and continual system development, these new Special Edition loudspeakers specifically benefit from Meridian's scientific research into how humans perceive sound, or 'how we hear', in particular focusing on how our brains process live sound."