The AP wire service has reported that Michael Jackson, the musical superstar often referred to as the King of Pop, has passed away at the age of fifty. Jackson was in the midst of rehearsals for a massive international concert tour at the time of his death. 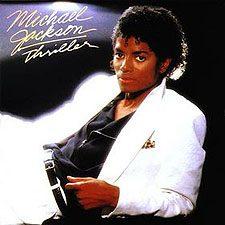 Rock/pop Superstar, Michael Jackson, is dead at 50 according
to reports on the AP wire.

Jackson, a child star featured in the group The Jackson 5,
was one of the brightest stars American pop music has ever seen.  The band's sweet, multi-layered
harmonies were nothing short of infectious with musical chops that elevated the
group above the disco-dreck of the late 1970s.

Jackson's solo career was explosively successful with the
Glen Ballard produced Off The Wall album. However, Jackson's Opus was his 1982
Thriller record produced by Quincy Jones. Thriller defined pop music for the
1980s as well as the emerging media of the music video as seen on MTV. His John
Landis directed 13 minute music video for the title track of "Thriller" was
truly an epic pop event the likes of which nobody had ever seen.  Thriller sold a reported 47,000,000
records worldwide - more than any other single record in music history.

His career boomed with the success of Thriller to make
Michael Jackson the most popular star of any media throughout the 1980's. His
global tours created untold sums of money thanks to millions of loyal fans in
every country of the world. Jackson's appeal was in no way limited to the United
States, as he as possibly more loved in Russia and Asia than his homeland.
Records like Bad and Dangerous never met the commercial success of Thriller but
no record in recorded music history ever did.

By the 1990's Michael Jackson's stunted emotional growth and
childish behavior caught up with him as he became a Santa Barbara based recluse
that would make Howard Hughes proud. The money that poured in from the rights
to his ownership of the early part of The Beatles catalog kept him flush with
money; however the worst events of his life were ahead of him. Allegations of
child abuse and an ensuing trial tore the reputation of Michael Jackson down to
mere shambles. Countless plastic surgeries made Jackson look like - to be
polite - an absolute freak. Things for Jackson had never been worse.

Jackson survived his legal challenges but never regained his
popular appeal in the United States throughout most of the 2000's. He lost
control of his music publishing that Sir. Paul McCartney (with special thanks
to his wife Linda and her family) helped him to acquire, which ended up
property of Sony Music. He lost his Santa Barbara Ranch and moved quietly to
the Middle East with his three children.

In the past year, Michael Jackson was a star once again on
the rise. He had moved back to Los Angeles with the help of a venture
capitalist and was living in the tony neighborhood of Holmby Hills - an area
known best for being closely located to the Playboy Mansion. Jackson was to
give new life to his career with a series of sold-out concerts at the O2 arena
in London starting just weeks form now on July 8, 2009.

Michael Jackson's legacy is one of the most important
musical figures of the Twentieth Century. As an on-stage presence, there may be
no other act more dynamic or more beloved ever again. His songwriting and song
styling put him at the top of his class. From a business perspective, there may
never be a more "bankable" talent than Michael Jackson. Despite his troubled
childhood and his storied life - Michael Jackson must be compared today along
with the single most important musical talent of his era including Igor Stravinsky,
Miles Davis, Jimi Hendrix, John Coltrane and Prince.  The King of Pop is dead and one can argue that pop itself
died a little today as there will never be another Michael Jackson.

Michael Jackson's This Is It Coming To Blu-ray

An Inside Look at Michael Jackson's $100,000 A Month Rental Including His Home Theater