MicroLED and Why Front Projection and OLED Should be Scared 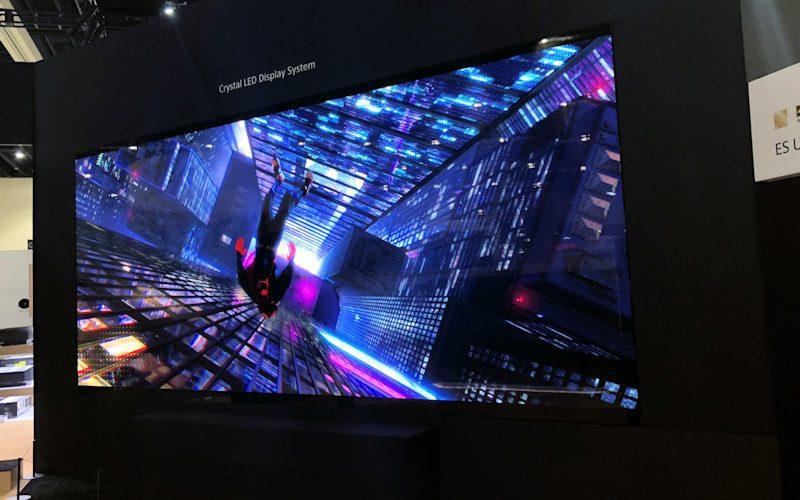 MicroLED and Why Front Projection and OLED Should be Scared

Once upon a time, I was a front projection enthusiast. Over the past 15 years, I've assembled more than a dozen front projection home theaters in various rooms about my homes. I loved the concept of front projection so much, I even went to work for two manufacturers within the specialty niche--one involved with projectors and the other screens. Suffice to say, I was a fan.

Up and to this point, the main selling points for a front projection home theater was size and price. It is true that if you want to enjoy an image in excess of 100 inches diagonally (while adhering to some semblance of a budget), you have to go with a two-piece front projection setup. But today as flat UHD TVs get bigger and bigger and less and less expensive, there is a potentially game changing new technology coming to market in the display world: MicroLED.

We very possibly are about to enter a new, disruptive era for video because of the potential of MicroLED technology. MicroLED is more akin to OLED than conventional LEDs, because like OLED, MicroLED is an emissive display, just not an organic one. Traditional LCD flat panel displays use an array of LED lights behind the LCDs themselves in order to generate their bright, bold imagery. OLEDs don't require backlighting because they make their own. This is why OLEDs are capable of reproducing absolute black, possess better color reproduction, and brandish better off-axis viewing when compared to LED backlit displays. The problem with OLED is that they (can but not always) degrade with time, they're costly to manufacture, and size becomes an issue since they're not as robust as LED-backed designs.

MicroLED is really the best of both worlds. Like OLED, it is a "self-illuminating" display technology that should result in all the benefits of a modern OLED display with none of the drawbacks due to its non-organic nature. Moreover, MicroLED should also possess all of the pros that consumers have come to expect from LED backlit LCDs in terms of brightness, affordability (in time), and scalability. That last bit is why I think MicroLED will eventually replace front projection setups and ultimately be the display tech behind every TV going forward. 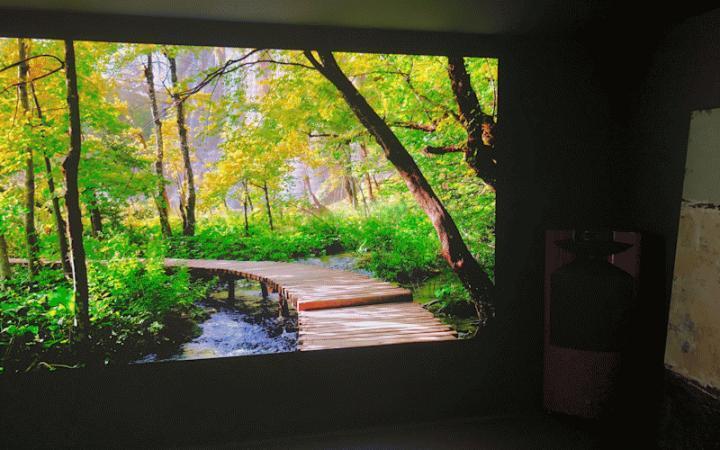 Samsung has been showing off "The Wall," a large scale MicroLED display, at trade shows for the past year or so. Aptly named, "The Wall" is literally a wall comprised of several MicroLED panels attached to one another to create one (largely) seamless display. What's neat about this concept is that the size or scale of your viewing experience is no longer dictated by a predetermined frame. For example, put a handful of tiles together to achieve an 80-inch, 16:9 display. As space and budget allow, add a few more panels for a 100-plus-incher, and so on. The Wall isn't a product you can buy today, at least not as a consumer, but rather a proof of concept that is more than ready for primetime if you ask me. Building a wall out of MicroLED tiles has greater implications and applications than mere home entertainment.

Imagine being able to change the wall color of your room from your smartphone, add "framed" artwork to any wall, or give yourself any view on the planet Earth at the touch of a button or a voice command. This is the promise of MicroLED. A promise that is respectfully much more compelling than a white (or grey) swath of fabric or PVC that you shine a big, fancy flashlight at. Moreover, MicroLED may finally put an end to the debate or battle over resolution, for what resolution is an entire wall made from nothing but pixels?

Finally, to those who say that it is history, specifically the history of cinema, that will keep projection alive, I offer you these two final anecdotes. The camera market is on the verge of collapse within the next handful of years because manufacturers brazenly thought that no one would want to take pictures with their phones. As a result, they failed to innovate until it was too late, and are now stuck battling over the scraps of their own carcasses while the rest of the world clamors for the next bendy smartphone. The history of cinema will not slow the inevitable demise of front projection, since cinemas are already experimenting with panel-based LED/LCD displays all over the World. Moreover, Samsung isn't the only manufacturer taking MicroLED seriously. Apple is said to be looking very closely at the tech, Sony is also making a big splash at trade shows with its "Crystal LED" take on the technology, and LG is exhibiting a MicroLED display at this year's IFA. Without a doubt, the next big thing in home theater displays will be decidedly micro.

You'll automatically be entered in the HTR Sweepstakes, and get the hottest audio deals directly in your inbox.
Subscribe
Connect withD
Login
Connect withD
0 Comments
Inline Feedbacks
View all comments
Author
Andrew Robinson
When you buy through links on our site, we may earn an affiliate commission. Your support is greatly appreciated!
This is the static ad content. This is just a placeholder for now to get things styled.
Visit Website