Mohu, known primarily for its paper-thin antennas, has officially launched the Mohu Channels device that unites over-the-air channels and streaming services into a single user interface. The Kickstarter-funded device previously shipped to the original backers of the project and is... 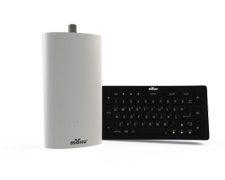 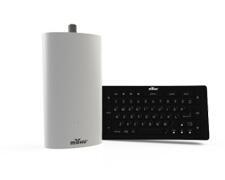 Mohu, known primarily for its paper-thin antennas, has officially launched the Mohu Channels device that unites over-the-air channels and streaming services into a single user interface. The Kickstarter-funded device previously shipped to the original backers of the project and is now available to the general public for $149.99.

From Mohu
Mohu, creator of the world’s first paper-thin indoor HDTV antenna, today announced that Mohu Channels is now available to the general public. As the first device of its kind to bring together Over-the-Air (OTA) broadcast TV content, streaming apps and web content in one simple viewing experience, Mohu Channels is looking to transform the way people experience TV. Launched through a Kickstarter crowdfunding campaign, Mohu Channels reached its initial fundraising goal in just two days with the support of its 1,200+ Kickstarter backers. Over the past 12 months, those early backers helped the company refine and improve the product to create the device made publicly available today.

With the power of an HDTV antenna and a Mohu Channels streaming device, consumers can customize their setup with content from OTA broadcast stations like CBS, ABC, NBC, Fox and PBS; streaming services such as Sling TV, Netflix, Hulu+, and YouTube; and all of their favorite web content. Mohu Channels is also designed to be easily updated with new features through its firmware update system.

• Mohu Channels Universal Remote – The QWERTY backlit keyboard and built-in air mouse are specifically designed to make searching for new content online easier for users.
• Time-Shifting – Allows users to store up to 30 minutes of television, giving them the ability to pause, rewind or fast forward OTA TV shows at their convenience.
• Side-Loading – Allows users to view their own video content contained in any USB-connected storage device.

“As the consumer interest in pay TV continues to diminish with rising prices and substandard service, cord cutting will only continue to grow stronger,” added Buff. “Mohu Channels frees them from the shackles of paid TV, allowing them to customize their viewing experience at a price that is right for them.”