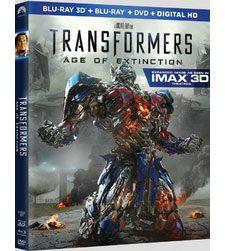 Blu-ray Software News, News
Published On: October 7, 2014
We May Earn From Some Purchases Via Affiliate Links

On the heels of last week's release of Transformers: Age of Extinction, the first Blu-ray title with a Dolby Atmos soundtrack, Dolby has announced three additional titles that will carry an Atmos soundtrack: Paramount Pictures' Hercules (November 4th release) and... 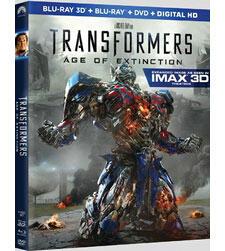 Atmos was a big theme at the recent CEDIA Expo, where we heard a lot of impressive demos of this immersive audio technology in a home theater environment. To experience Atmos at home, you don't necessarily need a new Blu-ray player (depending on how up-to-date your current player is), but you do need a new Atmos-capable AV receiver or preamp and the accompanying height speakers. To learn more, check out Dennis Burger's article Dolby Atmos at Home: The Known Knowns and the Known Unknowns.

Dolby is also pointing readers to the company's Home Theater blog to learn more about Atmos. Those of you who love peak to behind the curtain might enjoy this short video interview with Greg Russell, the re-recording mixer who oversaw the Atmos mix for Transformers: Age of Extinction.