Inside Radio has reported that Howard Stern is saying he will be leaving Sirius-XM radio when his contract is up in two years. "The King of All Media" was the most highly publicized signing for the satellite radio giant who originally inked him to a five-year deal worth nearly $500,000,000. 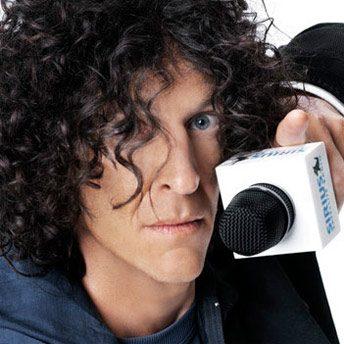 Radio trade publication, Inside Radio, reports that Sirius-XM radio's top talent, Howard Stern is saying he plans to leave the now consolidated satellite radio property when his five year nearly $500,000,000 contract is up in two years. Stern is without question the anchor of the programming for the struggling pay-radio company and frequently takes responsibility for bringing over the lion's share of the listeners to the $11 per month service.

Since the merger between XM and Sirius, listeners have been very unhappy with the merging of programming that has seen some of the best stations unceremoniously dumped and other lesser stations ported over from XM to Sirius as to save labor and programming costs. Much like terrestrial radio, Sirius-XM is now offering the customer less and charging more which is a methodology that didn't work in terrestrial radio which was actually free. Apple iPods, streaming Internet radio and other new media alternatives are free alternatives for the Generation Y audience that are far more compelling than satellite radio.

Sirius-XM should have been offering more stations and better programming for less money in these troubled times. They would have gained needed market share. Now with their almighty King of All Media undecided about returning for another run and a stock price at $0.14 per share with a 52 week high of $3.92 - you have every right to question if this company can make it at all.

Sirius-XM CEO, Mel Karmazin will make every effort to bring Stern back for another run. They have a long standing relationship that goes back to traditional terrestrial radio at CBS-Viacom.

Disclaimer: Inside Radio was once owned and published by Jerry Del Colliano Sr. and is currently owned by terrestrial radio company, Clear Channel.

What Defines an AV Receiver These Days Anyway?