It would make all the sense in the world for record labels to take the new Blu-ray format and run with it by offering consumers all the high-res, multi-channel goodness their little hearts desired. Alas, music industry execs have decided, in their infinite wisdom, to instead focus on low-res downloads. 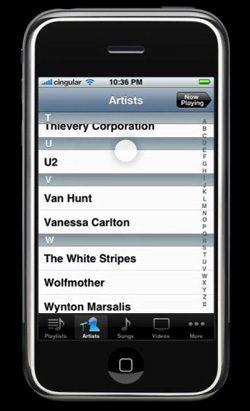 The fall of the music business is still to this day blamed on Napster and "free" peer-to-peer music downloading yet anyone who has followed the multi-decade fall from grace of popular recorded music knows downloads were never the cause of the true problems. The power of the business of selling music was selling albums and from the arrival of The Beatles to the early 1990's record companies were able to grow sales of their back catalog while developing new artists. The back catalog sales representing a far larger percentage of their overall profit as these records were already paid for and with each new audio format such as the Cassette, CD and half-assed attempts at higher resolution formats like DVD-Audio and SACD came (and went) the opportunity to sell consumers the same record over and over again. Audiophiles joke about how many times they have bought Miles Davis ultra-classic Kind of Blue on various formats yet willingly part with the money at each new spending opportunity.

In a world where Blu-ray has won the so-called "format war" with HD DVD - record labels have yet to adopt any meaningful level support for music on Blu-ray despite its eight percent (and growing) market penetration. The fact that Blu-ray's HDMI copy protection provides very-hard-to-crack software to protect the album from being stolen or downloaded seems to be of no interest to the majors who would rather sell one quarter resolution music files on iTunes and call them HD when Blu-ray can reproduce stereo that is more than 10 times higher resolution than a download while also beaming HD video or still images to light up consumers HDTV sets all for the price they used to pay for a Compact Disc.

The "Grandfather of Grunge" Neil Young, who owns his own music catalog, is taking the first step to release his music on Blu-ray but with no offence meant towards Mr. Young - his catalog doesn't pack the commercial appeal of say Warner Music or Universal who could easily and affordably put music out on Blu-ray. How about Sony Music who's parent company bet the farm on Blu-ray yet they somehow can't even repackage the failed SACD titles for Blu-ray for the enthusiast consumers to bite on.

Audiophile record labels, always last to the table with new technologies, are still dealing with DVD-Audio and SACD and even sometimes 180 gram LPs. Talk about retro. Audiophiles might buy it but they are also as likely to buy the same record on Blu-ray which has more room for more resolution, surround sound and HD video.

Its time for music companies to wake up to the potential that Blu-ray has to offer and to end the easy-to-steal reign of the Compact Disc thus replacing back catalog CDs with feature laden, high resolution, surround sound remixed versions of the best music ever made. Considering the incremental cost of remastering each record - it's an affordable process when you consider Pink Floyd's Dark Side of the Moon on "hybrid" SACD sold over 1,000,000 copies.

Saving Audiophila Part 2: The Role of the Major Record Labels