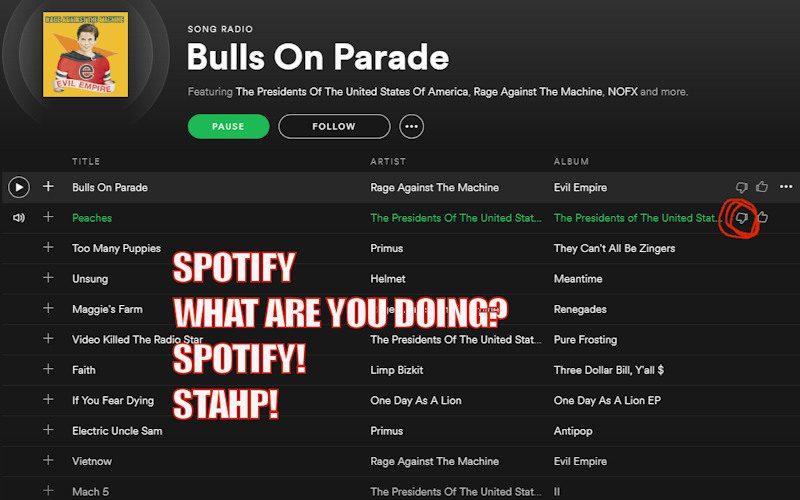 Feature News Stories
Published On: September 3, 2018
We May Earn From Purchases Via Links

The one big difference between traditional radio and the new super-customizable streaming form of the same? You have to think of the perfect song to get your listening started. 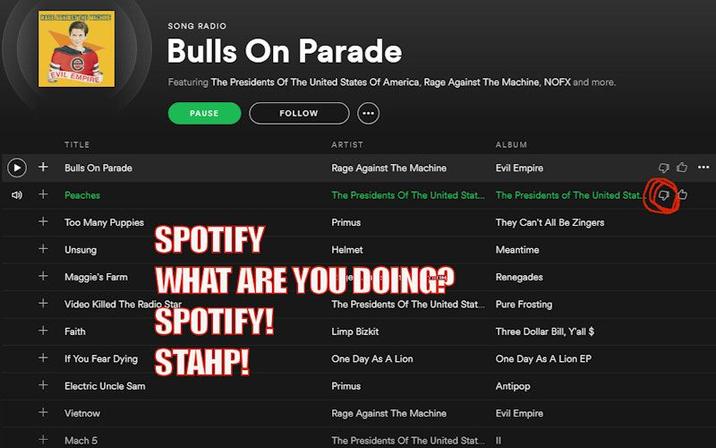 As evidenced by a recent piece here on HomeTheaterReview.com, we tend to be album-listening folk around these parts. Far too often, though, I find myself in ruts, returning to the same records over and over again in a never-ending Groundhog Day-style loop that can only be broken by the controlled chaos you find in a good radio station. Like most things in the music industry these days, radio ain't what it used to be. My local classic rock station is still spinning pretty much the same block of tunes they did in my early 20s. Until, that is, they throw in a cut from my early 20s just to mix things up, and I realize that Nirvana's Nevermind is as old today as "Do Wah Diddy Diddy" was when Nevermind hit shelves, and then I have no choice but to self-medicate.

Get off my lawn.

Anyway. Like most of you, I'm sure, my radio these days comes in the form of streaming apps, mostly on Spotify since the streaming quality of Pandora makes me a little stabby. Unlike the days of old, though, when we here in the armpit of Alabama had like two good radio stations that weren't NPR, I have literally millions of potential radio stations at my fingertips, all of which can be dialed in to fit my exact mood. Supposedly, at least.

So lately I've been kind of obsessed with internet radio seed songs. In other words, the song that pops into my head to get a customized streaming radio station going. The thing is, not all seed songs are created equal. Or, I should say, the algorithms that string together a series of tunes based on your starting selection don't treat all songs equally. Take a song like Hall & Oates' "Rich Girl" for example. Feed that classic to Spotify and ask it to whip you up a radio station, and it's followed by cuts like Loggins & Messina's "Splish Splash." Billy Squier's "The Stroke." And--I kid you not--"You Don't Mess Around with Jim" by Jim Croce.

I mean hell no, man. When I queue up early Hall & Oates, especially "Rich Girl," it seems pretty obvious to me that I'm looking for some sweet Philly Soul. Harold Melvin & the Blue Notes. O'Jays tracks like "Love Train." Kenny Gable and Leon Huff-produced stuff. I could even get behind some more out-of-the-box selections like The Bee Gees' better classics. I ask for "Rich Girl" and you give me "Jive Talkin'"? Okay. I'm good with that. It's not precisely what I was looking for, but it works. On the other hand, I ask for "Rich Girl" and you serve me some "China Grove"? Bad algorithm. Bad!

Of course, as with Pandora, you can sort of train the algorithms in Spotify by giving them an attaboy or a meh, in the form of a thumbs up or down. Still, though, it positively mystifies me how spectacularly wrong the algorithms so often get it the first time 'round. And it positively delights me just how spectacularly right they get it at other times. You want to hear one of the best radio stations of all time? Fire up your Spotify app and start a radio station based on Bill Withers' "Use Me."

What I love about this station is that it heads in some somewhat expected directions in really unexpected ways. It's hardly a winding road from Bill Withers to Stevie Wonder, but Spotify makes the interesting (and dead-on balls-accurate) choice of picking "Boogie On Reggae Woman" instead of more obvious cuts. You also end up in some fascinating new places, too, like D'Angelo and The Vanguard's "The Door." I've listened to this station for hours and hours and more hours on end, and it's never failed me. It's like a plate of J.W. Beverette's fried chicken and black-eyed peas with a glass of tea so sweet it'll pay your dentist's next boat payment--just straight-up greasy, thick, and funky with exactly the right mix of sugar and umami.

D'Angelo and The Vanguard - The Door (Audio)

If only it always worked out that well. I found myself in a kind of raging burn-it-all-to-the-ground mood the other day (okay, full disclosure: nearly every day these days), so I queued up Rage Against the Machine's "Bulls on Parade" and asked Spotify to feed my fury. It followed up with--no joke--"Peaches" by The Presidents of the United States of America.

And hey, I fully realize that there are tons of great rage-y playlists already in existence on Spotify, just sitting there waiting to fuel my "f*** everything" attitude when it strikes. The thing is, such playlists always take you exactly where you expect them to. They're too safe. Too controlled. I like that radio in any form gives you those little surprises that can play right into your current mood, but also tweak it. I don't think any human being in the world would make the conscious choice to follow "Use Me" with anything as modern as D'Angelo and The Vanguard. But it totally works in its own chaotic way.

At any rate, the quest for great streaming radio seed songs is my current musical obsession. If that's your jam, too, I'd love to hear some of your favorite radio starters. And also, some of the most spectacular fails you've come across when tuning the virtual dials. Because goodness knows, there seem to be more of the latter than the former.

But when those internet radio algorithms nail it, as they occasionally do, that's some genuine musical bliss right there.